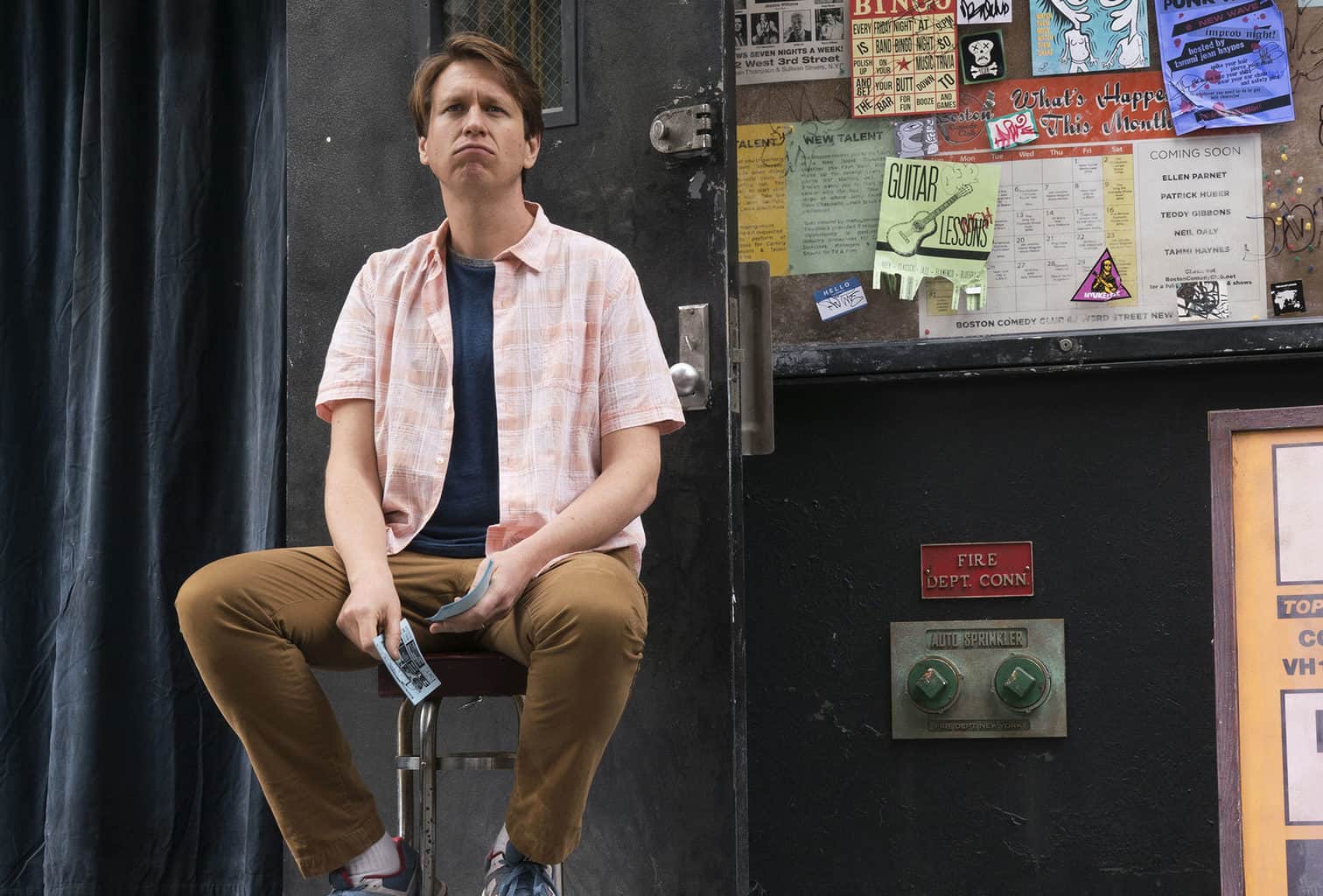 Pete Holmes’ Crashing is the youngest of the “semi-autobiographical comedian shows,” but it’s also the most comforting. Each show in this TV subgenre—Louie, Better Things, Master of None—offers its own flavor at the comedy ice-cream bar, and Crashing is the chocolate chip cookie dough: crowd-pleasing, inoffensive and even wholesome. Last night, on the show’s season-two premiere, someone mixed in a bunch of nuts.

Crashing builds its narrative around Pete Holmes’ character, Peter. Other shows of Crashing’s ilk use their protagonists as catalysts for broader ideas (Aziz Ansari’s Dev on Master of None is a prime example, filtering the show’s musings on love and romance through the experiences of his character), but Peter has always been Crashing’s story itself. Something happens to him, and we watch him deal with it. That dynamic makes Peter’s personal history important, because it affects how he handles things, interacts with people, and makes choices.

Peter’s a Christian. He grew up in a traditional conservative household, went to a Christian college, and waited until marriage to have sex. Throughout season one’s divorce-centric storyline, that religious context nudged against the conflict between Peter and his wife, but it never explicitly appeared aside from an endearing Jars of Clay reference and a baptismal finale.

Crashing’s season-two premiere took that religious context and brought it to the center of the show. Still struggling to find a steady job in comedy, Peter’s been rooming with his ex-wife’s former lover, working at Cold Stone (to one customer: “Chocolate with gummy bears…okay”), and bumming for stage time at an unpopular Manhattan club. He’s in a valley, your pastor would say. In a low moment, he Google Image searches “big boobs,” then debates turning off safe search. I cracked up.

When some semi-friends ditch him to go to a burlesque show, he’s left behind, rejected as the no-fun “man of God” who exists only to kill vibes and ruin parties. As his friends leave, Peter deadpans, “I’ll stay here and pray for you.” He’s alone at the table.

Enter Penn Jillette, pronounced atheist and the vocal half of magic duo Penn and Teller. Peter and Penn make small talk before things turn to religion. Penn soapboxes a little. He tells Peter it’s okay to go through life without knowing everything, and that he shouldn’t buy into something just because it’s what he was told growing up.

Peter bucks at first, saying Christianity was just “how he was raised,” and he can’t give it up, but the conversation begins to shake him. The camera tightens. The dialogue quickens. It begins to feel like an interrogation, and the scene ends with Peter confessing Penn might be making sense, and Penn launching out a half-welcoming, touch-of-sinister cackle.

The last 10 minutes of the episode track what might be the beginning of a transformation for Peter. He ends up at the burlesque and goes on a bender. He slams drink after drink and hits on a girl (we met her earlier in the episode, her name’s Allie) and eventually goes home with her. It’s the first time Peter’s had sex with a woman who isn’t his ex-wife.

Then the episode ends, abruptly, and we’re faced with a Peter who could become very different from the pining, backward-looking people-pleaser who occupied season one. The show doesn’t celebrate the potential change, per se, but it does ask you what you think about it. You can take it as a path to freedom, or you could take it as rock bottom. There’s a balance that serves the story and the characters well. We’re not sure where Peter will go from here, but whichever end of the faith spectrum you land on, you now have a rooting interest.

That makes season two of Crashing feel exciting. Through the first run of episodes, all you had to do was feel sorry for Peter, and that was easy. But now, the show’s asking for more from you. It asks you to want something for Peter beyond comedy success, and what you want for him reveals something about the way you see the world. Peter’s a catalyst for your own spiritual perspective now. That’s really clever. That’s a show taking the leap.

Peter’s story can go anywhere from here. He can drift further from his faith, or he could circle back around, but either way, Crashing is now brushing up against organized religion. You could see that as an attack, but it doesn’t feel that way. Peter and Penn had an intense conversation, but it didn’t totally feel like a threat. There’s something welcoming here.

Maybe you wish Peter’s story was more faith-affirming, but that wouldn’t feel honest to the character or the creator of this show. Engaging with spiritual ideas is challenging, so to paint faith as an easy, or even consistent, perspective would be a lie. A TV show shouldn’t pretend to have the answers, but it should be brave enough to ask the questions. In that way, Crashing isn’t ducking a counter-cultural viewpoint. Really, it’s just playing fair.

Conan Is Bringing His Show to Haiti Next Week