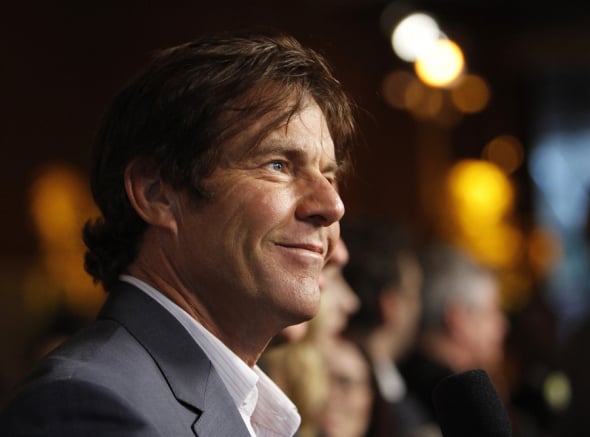 Dennis Quaid is slated to star in I Can Only Imagine, which is based on the multiplatinum, top-selling MercyMe song.

Quaid will join the star-filled lineup of Trace Adkins, Cloris Leachman and others. The movie will be released in spring 2018.

MercyMe’s lead singer Bart Millard posted about it on Facebook last week, saying, “They approached me 5 years ago. No turning back now.”

The song, which has been covered endlessly, has become the most played Christian single played on the radio and is about the experience when you see God face-to-face, so it will be interesting to see how that’s conveyed in a feature film.