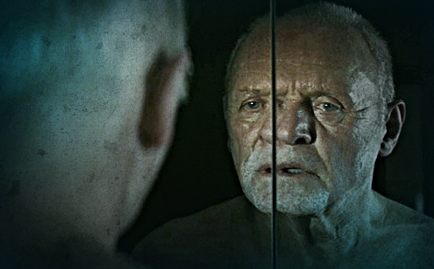 Horror movies have long been a staple of cinema, providing chills and inducing screams since at least as far back as the silent-era vampire film Nosferatu and the original Phantom of the Opera in the 1920s. But as the decades have passed by, movie standards have broadened and special effects technology has improved. So much of what stands for horror these days relies less on now-quaint monsters like The Wolfman or Dracula and more on depictions of horrifically cruel torture in films like the Saw series, or mindless slasher films such as the Friday the 13th and Nightmare on Elm Street series.

Yet one being has taken on an ever-greater presence in modern horror since the institution of the movie-ratings system in 1968 caused the Catholic Church and other religious groups to stop officially rating films on a highly public basis and allowed filmmakers to rip apart the boundaries of content and taste that had governed films for the previous 75 years. That creature is Satan, and while most people think of his presence primarily through the 1973 Best Picture-winning classic The Exorcist, he’s rearing his literally ugly head in more films than ever these days.

In fact, America’s preeminent film critic Roger Ebert just noted there’s been at least six films in the past year or so to deal with the theme of the devil and demonic possession. Most of these kinds of films exploit their topics for cheap thrills, but the latest one, The Rite (opening nationwide today), actually handles its subject with appropriate gravity, even opening with a quote from the late Pope John Paul II addressing the real presence of Satan and evil in the world.

One question that must be asked by Christians is whether watching movies about the devil and possession is a healthy pursuit. Does it open us to either trivializing Satan’s existence in the world—a real danger in the modern U.S., where a study by the Barna Group has found that 40 percent of Americans think Satan isn’t real, but merely a symbolic example of evil—or do they serve as reminders of how horrible it is to face him?

There have long been legends that the set of The Exorcist appeared to be cursed, as several major figures in the film suffered injuries or even died from bizarre on-set accidents, and its child star Linda Blair wound up spending the next two decades of her life fighting a crippling drug addiction (she has long since been sober). That film certainly took its subject matter of priests fighting to remove demons from a preteen girl seriously, with the film’s climax involving a priest sacrificing himself to save the girl’s life.

Yet it was relentlessly dark and creepy and was notoriously filled with images of Blair vomiting pea soup, spinning her head around and saying incredibly vile and blasphemous things. Even as the priest saved her by taking on the demon himself, he was flung to his death. God’s victorious presence and grace-filled triumph over sin doesn’t seem to be part of it at all, so what good is it ultimately for believers—or anyone—to watch when it really comes down to it?

Exorcism has been an official Roman Catholic ritual since the 16th century, and has continued to be seen as a largely Catholic enterprise. Even so, it is supposed to be used as a tactic of last resort, after much examination of an allegedly possessed person’s mental and emotional state including psychiatric examination, to make sure the person really has been exposed to demons rather than just suffering from mental illness. In fact, the vast majority of exorcism requests are denied because the church winds up believing the person suffers from a medically treatable mental affliction.

The Rite is an all-too-rare film that makes that clear, because it has the advantage of being based on the real-life work of a Northern California exorcist named Father Gary Thomas. Thomas and journalist Matt Baglio, who wrote a book about Thomas (also called The Rite), were hired as expert consultants on the film and ensured that it largely stayed grounded in reality rather than sensationalism. The result is a surprisingly faith-filled (yet often dark along the way) film that shows its priests as heroes you can root for, rather than just sacrificial victims of evil.

It is in this fact—the fact that the film unabashedly offers the view that evil exists and Satan is present in the world to this day—that The Rite proves itself as a film of value and worthy of Christian viewing and support. Go and you’ll experience some creepily enjoyable chills and several jaw-dropping moments, but more importantly, you’ll gain true insights into the priests and the process involved in their very front-line battle against the enemy. And if you take it as seriously as the filmmakers clearly have, that kind of strong and well-made reminder can be a good thing for believers indeed.