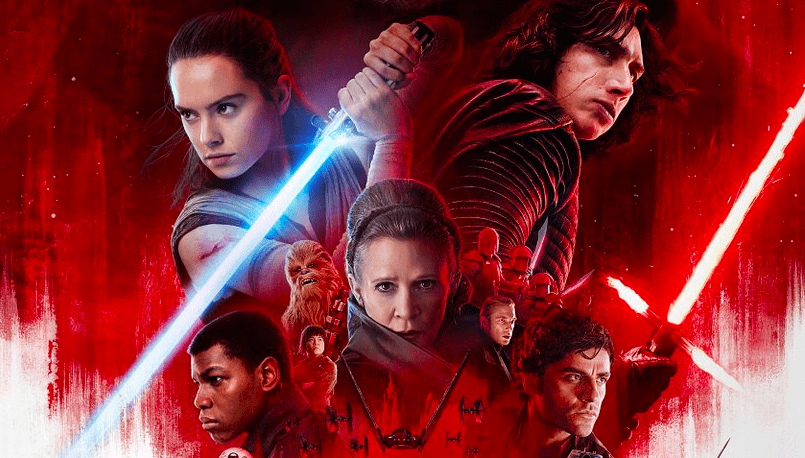 On Monday night, a brand new trailer was unveiled for The Last Jedi, along with a new poster. You’ve almost certainly seen both at this point, but let’s re-live the magic. Always in motion, is the future.

Whew. Lots to take in there (did you notice the new feet on the AT-ATs? Looks like they won’t be brought down the same way twice). And that poster is pretty interesting too, but a few sharp-eyed sleuths have determined that there’s more going on in the poster then you might have noticed at first blush.

See if you can spot the easter egg, which a few fans say teases a classic character from the franchise…

You see it? Look at the outlines. Maybe this will help.

Yes, words has it that Darth Vader is gone but far from forgotten in Rian Johnson’s upcoming continuation of the Skywalker family saga among the stars. Is it just a clever nod to fans, does it hint at something more or is are crazed super fans seeing something where nothing exists? Your guess is as good as ours, but we’ll all find out together when the movie releases in December. You’ll love it. You know.