A few weeks ago, the NFL kicked off its 2013 season in epic fashion. The game, a rematch of last year’s AFC Championship Game, featured the Baltimore Ravens and Denver Broncos, and the pre-game festivities had all the pomp and circumstance of New Year’s Eve in Times Square.

The stadium was packed and vibrating with anticipation. Seventy-six thousand people bounced up and down uncontrollably like children needing to use the bathroom. Music, lights and video assaulted their senses underscoring the significance of the moment. Cameras scanned the crowd, and networks spread the bubbling energy into thousands of homes around the country.

Then, as the anticipation reached a fever pitch, a beautifully crafted, chill-inducing countdown to the new season began. Heads exploded as superstars appeared on the Jumbotron reciting each number … 30, 29, 28 … goose bumps rose as the numbers descended … 10, 9, 8 … fans screamed uncontrollably unable to contain their excitement … 3, 2, 1 …

Then there was a 30-minute weather delay. It was awkward.

Watching this anticlimactic spectacle, it was hard not to feel like it was a metaphor for the current state of football.

On one level, it has never been better to be a football player, coach or fan. The NFL is clearly America’s most popular sports league and possibly its most popular entertainment property. Progressive collective bargaining agreements have made it more lucrative and competitive than any domestic league in the world. And, perhaps most importantly, it has remained mostly above the fray of the ubiquitous drug and doping scandals plaguing the modern sports landscape.

However, beneath the veneer of success is a growing undercurrent of discomfort. There is an elephant in the corner office: violence.

Football is inherently a violent game. No other sport requires a player be wrestled to the ground on every unit of play, and certainly no sport comes remotely close to the level of physical contact and aggression in football. Even rugby, football’s closest analog, involves physical brutality at a much lower frequency.

For most of its history, this has been football’s unapologetic identity and part of its appeal. Any child of the ’80s can recall the elaborate highlight reels of dramatic hits produced by NFL Films. Players like Ronnie Lott and Lawrence Taylor built Hall of Fame careers and celebrity personas out of being physically destructive. For decades, nothing invigorated stadiums as much as bone-crushing tackles, and anyone experiencing a game live knew the sadistic pleasure crowds take in exclaiming, “Boom!” in unison when unsuspecting players are plastered by stalking opponents.

However, in the past several years, as a result of expanded medical research and the rapidly deteriorating health of retired players, the NFL has been reversing field (pun intended!) in its policies and branding. Just weeks ago, the league reached a $765 million settlement with former players over concussions sustained during their playing careers, and new testing protocols have been put in place for current players sustaining concussions.

Additionally, a series of new rules have been implemented to quell violent hits in games. Defensive players are no longer allowed to lead with their heads, helmet to helmet contact is an automatic personal foul, and in an homage to ambiguity, it is now illegal to initiate “unnecessary contact against a player who is in a defenseless posture.” Referees have been instructed to make these new rules an emphasis, and hardly a quarter passes without at least one being enforced.

By all accounts, the new rules serve a noble cause and are a positive step medically and ethically, but they’re also having an undeniable impact on the sport. In a game where 22 world-class athletes move at full speed in confined spaces, even Spider Man and his precognitive “spidey sense” would not be able to avoid occasional helmet contact or running into someone in a “defenseless posture.” As a result, defensive players are increasingly finding themselves in lose-lose situations, having to clumsily choose between the contemporary rules of the game and the foundational rules (tackling, etc.) they are often at odds with.

The cultural outcry has often been one of “let them play.” There’s a fair case to be made for it. These men are paid truckloads of money to do all this, and maybe the risk of brain injury is just an occupational hazard, one for which they are duly compensated. But it cannot be denied that while there is frequent and noisy concern about the levels of fake violence in movies and video games, we are mysteriously silent on the issue of real violence in the sporting world. Maybe we’re too used to it. Maybe we love it too much to care. Either way, the new rules have been met with a lot of eye-rolling.

It remains to be seen how these new rules will impact the game in the long run, but regardless of future implications, they signify a watershed moment in the history of football. For years, cultural critics have asked how football’s violence might be affecting both participants and fans outside the game. And with the Aaron Hernandez murder trial and countless other players arrested in recent years for violent crimes (NFL players have been arrested or charged with violent crime 37 times since February’s Super Bowl), this chorus is only growing louder.

But for the first time, concern over football’s violence is coming from within the sport as well. What once was simply “part of the game” is now being identified and named as dangerous and destructive, which on some level makes the public fascination with the game much more indicting. Where we could once compartmentalize and distinguish “competitive violence” from “real violence,” we are now forced to confront the sport’s violent nature within the game itself.

This, of course, raises many questions for our society and for the Christian community within it, none of which have easy answers. Should we be concerned about the violence in America’s most popular game? If the game itself is being forced to confront its own inherent violence and the consequences of that violence, is it time for us to do the same? Is compartmentalization no longer an option? Of course, there’s no denying the many positive qualities within football as well. The NFL is filled with terrific role models—the Redskins’ Robert Griffin III is the latest to nab the public’s attention, and he has more than earned it.

In short, this is not a simple issue.

We live in a violent world, and it’s not getting any less violent. Mass shootings, wars and violent crimes dominate the headlines. A few years ago, the 12 people killed in last Monday’s Navy Yard would have dominated headlines for weeks. Today, it passes with only perfunctory mourning. Our violent sports probably bear little responsibility for perpetuating the violence, but it may be fair to say they are a reflection of a troubling reality. Perhaps our love of football is just another manifestation of the violence inherent in humanity.

And if that’s true, we must hope this watershed moment in football represents a similar moment in the broader culture. Football has always been a violent game, so the new sensitivity to the consequences of that violence shows a shift in our awareness and our values.

After all, how can we begin to confront violence in our society when we can’t even have a serious conversation about it in our sports? 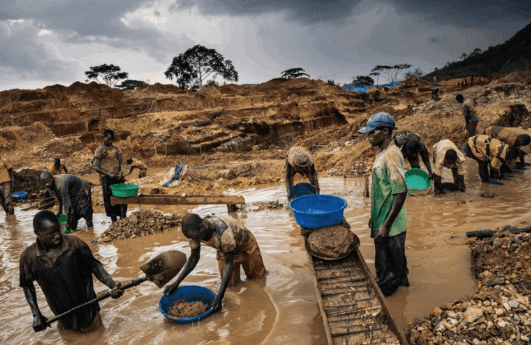 A Photographer’s Look at ‘Conflict Minerals’ that Power Our Smartphones 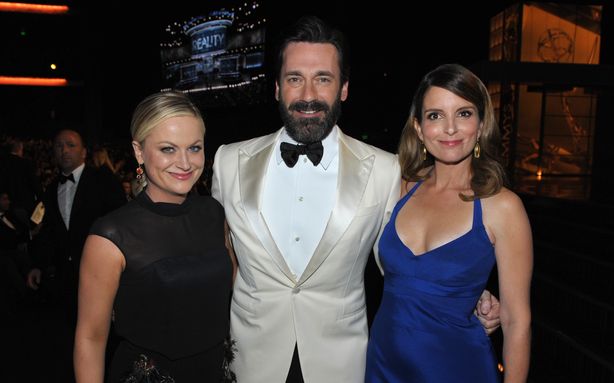