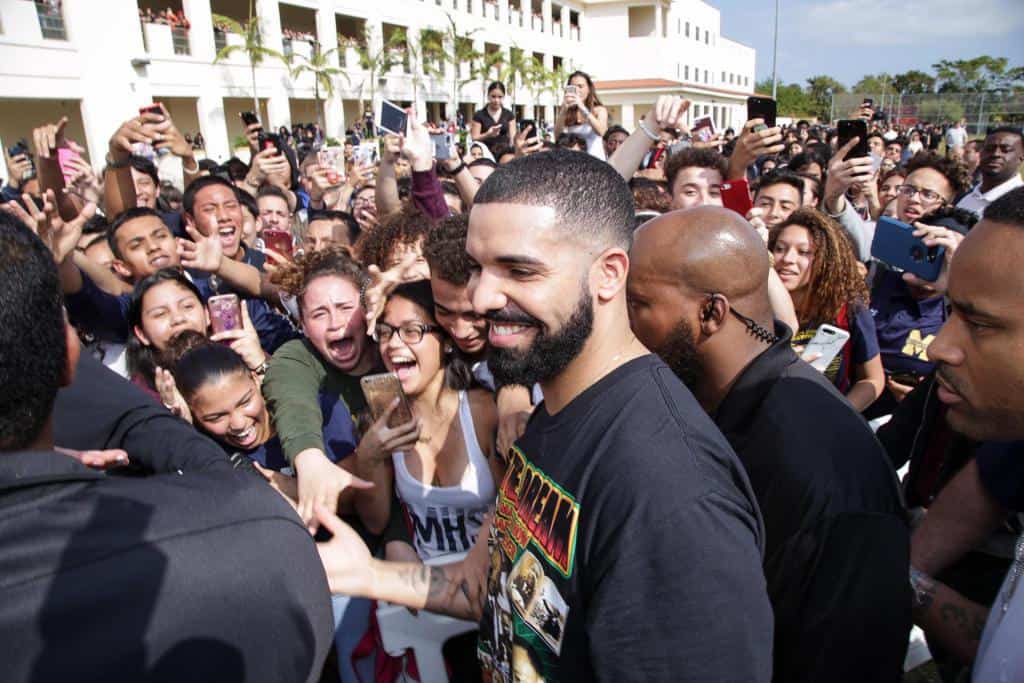 Miami got rocked on Monday when Drake decided to make a spontaneous visit to film the music video for “God’s Plan.” After all, it’s not every day that a hip-hop superstar decides to show up at your school. After gifting Miami Senior High School a donation of $25,000 and a promise of new OVO-designed uniforms, Drizzy was still in a giving mood and decided to make a pit stop at University of Miami, not only to perform for thousands of students, but more specifically to meet Destiny James.

Destiny James, a 20-year-old public health major, knew Drake was coming, but she already had a prior commitment. She had agreed to meet with the university staff to record a video for would-be donors about where she came from, things that she’s been through and why it is so important for scholarship donors to continue to donate.

Raised in Denmark, South Carolina, James explained in past scholarship essays that she was raised in a low-income home, but her mother always stressed education to her. Her grades and determination brought her to University of Miami, where she is scheduled to begin her senior year in the fall. She hopes to continue on to a master’s degree and then work in disease prevention back in rural South Carolina.

She figured that if her simple message to donors would help another student attend UM, it was worth skipping Drake’s video shoot. But she was devastated about missing the rapper.

“My friends were blowing up the group chats, saying that Drake was coming, and I just replied that I wasn’t going to make it,” she recalls to The State.

So when the time came, and she arrived at the location they told her to meet, she was confused about all of the chaos. She recalls that she was just “awkwardly filming [her] video in front of all of these kids who just want to see Drake.”

Focused on her video, James had no clue that Drake was walking down the stairs behind her. He approached her and simply said, “Hey, Destiny.”

After explaining that he’d heard about where she came from and had read her scholarship essay, Drake presented her with a $50,000 scholarship to go toward her tuition.

@champagnepapi, THANK YOU SO MUCH!! You don’t understand what this means to me. I would’ve never imagined this happening to me. I’m just a girl from Denmark, SC that wants to make it and be somebody, and for you to see my hard work means the world. Thank you so much. God, I thank you. You are so great and amazing. Thank you for blessing me when I thought my hard work was going unnoticed. I’m living out my dreams. God’s Plan.

Crock-Pot Has Enlisted  Milo Ventimiglia for a New Commercial