Kevin Coval is a Chicago poet who has made waves for helping to integrate hip hop and poetry scenes into something new, thrilling and empowering for millions of Chicago’s youth. I read something of his yesterday that seems applicable to today’s Duck Dynasty dust-up.

Coval tackled the subject of another rising Chicago voice: a young rapper who goes by Chief Keef. Keef’s waves are of a different variety—his music, according to Flavorwire—”glorifies killing …and routine hoodlumism, walking a thin line between authenticity and straight-out illiteracy.” Keef recently came under fire for proclaiming that his album would raise the murder rate in Chicago—a city already riddled with gun violence.

A Tortured and Tormented Song

What Coval says about Keef is interesting for its sensitivity and eloquence. “Chief Keef is Chicago’s son, in its full boy-man Glory and horror,” Coval writes. “He and the conditions that surround his neighborhood and populate his rhymes are currently—and in part because of him—more visible than they have ever been to folks outside of the neighborhood. The conditions on which this young man is reporting and referencing are not of his own invention.” Coval goes on to say,

[Keef] sings a tortured and tormented Chicago song. A song only a Black boy-man can sing. It’s a song we need to listen carefully to. And hear, and talk about. The time has come to engage in open and bold conversations on how to radically change the gruesome conditions of which he speaks.

Now, whether or not Chief Keef is interested in jumpstarting an important conversation about violence in the inner city, Coval has a point. Keef, and many rappers like him, is a product of a place and society. While our first instinct upon hearing troubling lyrics is to either recoil or ignore, it should be to thoughtfully engage. We should condemn any glorification of violence or misogyny in music, but it should not be a knee-jerk reaction. We should instead seek to understand the society these young men and women were raised in, understand our role in it and seek thoughtful, open conversation about where these things are coming from.

Our culture has never been very good at such dialog—curious, given how readily means of it are at hand. Social media was supposed to start a glorious new age of cross-cutural communication, but it’s generally only served to make the battle lines a little clearer. That was made particularly clear Wednesday night, when word leaked that Phil Robertson—the grand poobah of Duck Dynasty—had made his views on homosexuality plain in an upcoming GQ article.

No matter what side you find yourself on in the debate on homosexuality, there’s no doubt that Robertson’s tact left something to be desired. His use of Scripture was unfortunately undercut by comparing homosexuality to bestiality, and a very anatomically graphic explanation of why, in so many words, he didn’t get homosexuality’s appeal.

The quote spread like wildfire and, these times being what they are, he was swiftly suspended from the show. “His personal views in no way reflect those of A+E Networks, who have always been strong supporters and champions of the LGBT community,” the network said. “The network has placed Phil under hiatus from filming indefinitely.” (Notably, Mr. Robertson’s other words to GQ— “We never, ever judge someone on who’s going to heaven, hell. That’s the Almighty’s job. We just love ’em, give ’em the good news about Jesus—whether they’re homosexuals, drunks, terrorists. We let God sort ’em out later, you see what I’m saying?”—was not brought up.)

Outrage quickly flared on both sides. Sarah Palin called it an issue of free speech. GLAAD called the comments “vile” and said they “fly in the face of what true Christians believe.” Huffington Post called the interview “shocking.” Southern Baptist Theological Seminary President Albert Mohler said A+E’s actions sent a clear message: “Say nothing about the sinfulness of homosexual acts or risk sure and certain destruction by the revolutionaries of the new morality.” Who knows how anyone was able to get an “I Stand With Phil” website up so quickly, but they did.

And, sadly, there are no Kevin Covals to come say that Mr. Robertson sings a tortured and tormented Louisiana song. Nobody suggesting that he is saying something we need to thoughtfully engage and listen to. There is no call for more dialog on this issue. There is only swift condemnation or reactionary culture war-mongering.

To be sure, there is no moral comparison between Mr. Robertson’s comments to Chief Keef’s. Whatever Mr. Robertson may be guilty of, openly praising wanton violence he is not. However, his comments and Keef’s are similar in that they both come from cultures foreign and fascinating to the mainstream. The reason behind Duck Dynasty‘s popularity is that it shines a light on a deep streak of America that most of us are not privy to. Likewise, hip hop like Keef’s exposes a very different part of this country—one society at large scarcely understands. In both cases, the opportunity is being presented to learn something. To thoughtfully critique, not with knee-jerk bluster, but open invitation to further conversation. In both cases, that opportunity is nearly always squandered.

By putting Mr. Robertson into a timeout, A+E has wasted just such an opportunity. What could have been a chance for them to engage has instead become just another chance to point out loony rednecks and their backwards beliefs. Imagine how different things may have gone if they had instead acted like Shane L. Windmeyer, an LGBT advocate who has struck up a friendship with Chick-Fil-a owner Dan Cathy. They talk about their differences. They seek common ground. They learn from each other.

Instead of responding with equal rage, this is an opportunity for Christians to respond with kindness and respect. To say, “Yes, the way he said what he did was hurtful” and provide some much-needed context—speaking the truth in love.

As a matter of fact, that attitude has already been struck, for anyone who has the interest in modeling it. It’s been provided by Mr. Robertson himself, who released a statement saying, “We are all created by the Almighty and like Him, I love all of humanity. We would all be better off if we loved God and loved each other.” 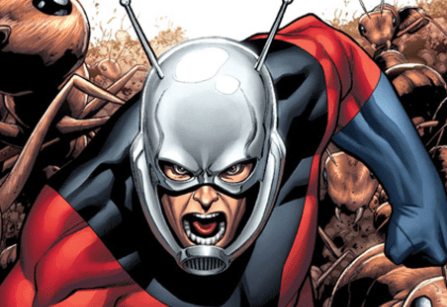 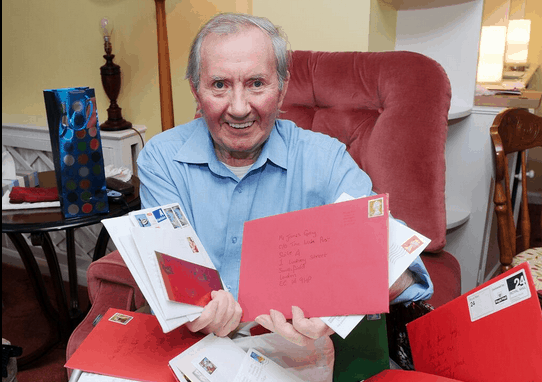