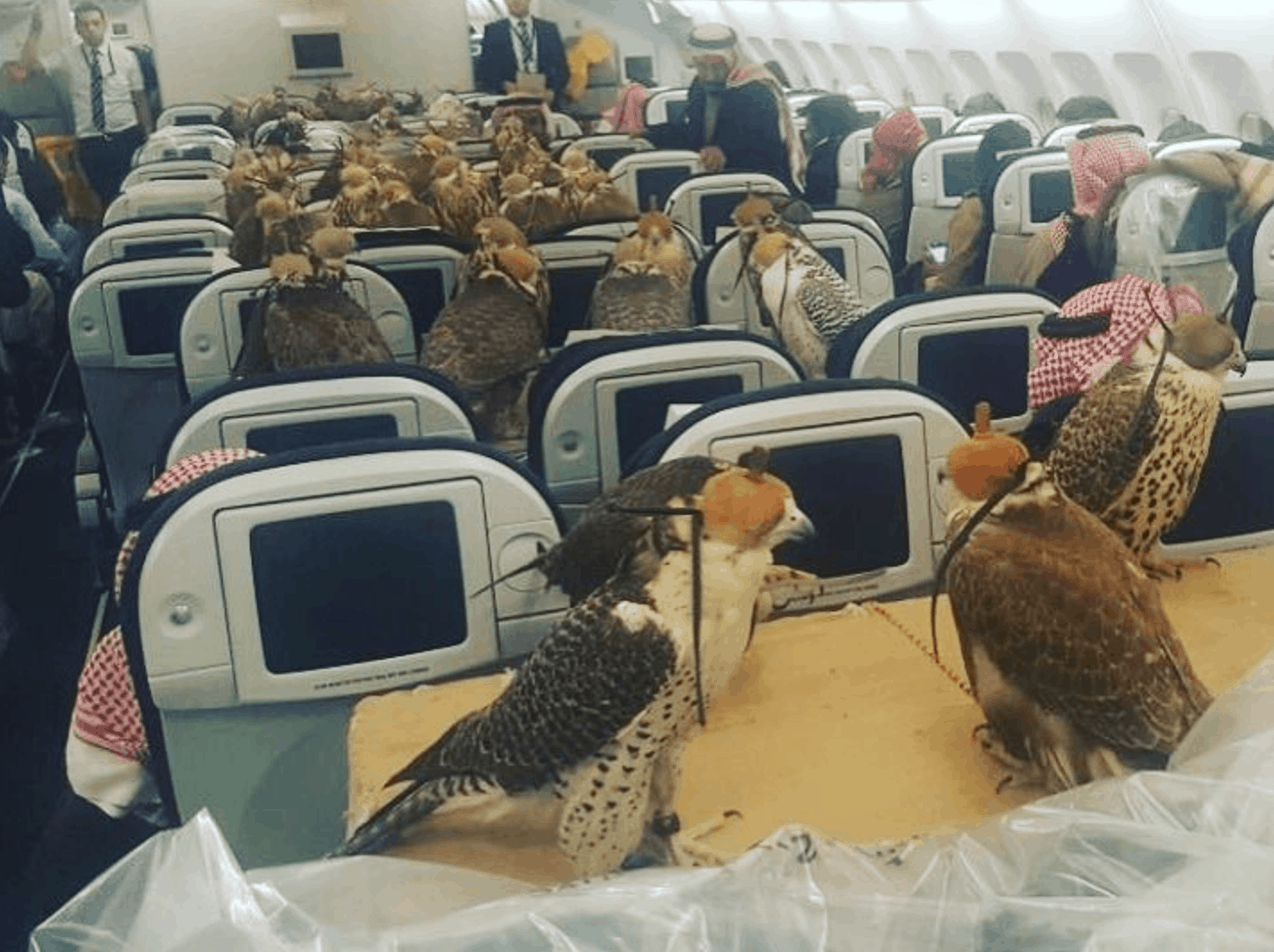 Never complain about having a bad seat-mate again, because no matter how much space on an armrest they take up, at least they are not a bird of prey. A Redditor recently posted this image, explaining, “My captain friend sent me this photo. Saudi prince bought ticket for his 80 hawks.”

The birds are really falcons and appear to be flying first class.

Evidently, in parts of the Middle East where people are really into falconry flying with your falcons isn’t all that uncommon, but still, that is a lot of falcons. Samuel Jackson, we believe a movie sequel is in order.

The New Podcast from the ‘Serial’ Team Is a Creepy Mystery

Jewish Congregation in Texas Town Give Muslims Key to Their Synagogue