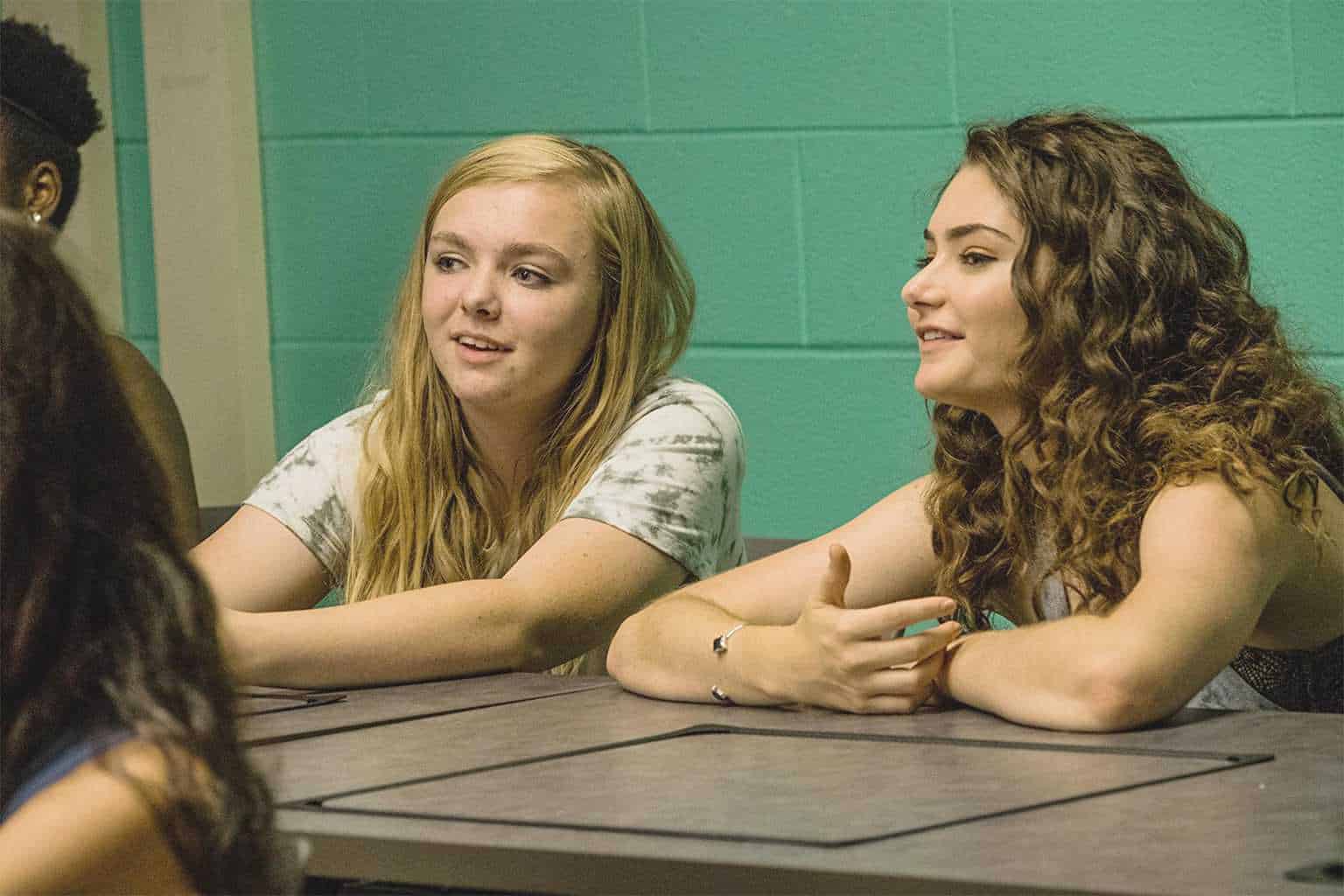 One of the great paradoxes of popular culture is that we are both always alone and never alone. We have constant access to other people, yet surveys and reports tell us over and over that we feel isolated and alone. That paradox, and all the pressures and forces that contribute to it, is at the center of Eighth Grade. This is one of the best, most endearing, most empathic movies of the year. It’s amazing how much it understands you.

And Eighth Grade isn’t boring for that. In fact, it presents all those everyday obstacles as life-or-death moments, because Kayla is wracked by all the typical social anxieties and pressures that come with middle school. She sits alone at lunch. She’s afraid to be called on by a teacher or a principal. She records timid YouTube videos in which you can see her emerge, for a moment, as an assured and comfortable young person, but when the laptop closes, so do her emotions. It’s heartbreaking, but only because you care for her so, so much.

In spite of that endearment, Eighth Grade is first and foremost a comedy, and it finds humor in both the extremes of pubescent emotion and the simple, horrible awkwardness of being 13 years old. It’s the kind of humor that makes you clutch your face or curl up in your theater seat. You will beg for moments to end because, oh my gosh, they are so embarrassing, but at the same time, you will never want to look away. Kayla’s feelings and hopes and dreams are too important.

Kayla has specific goals. She’s really detailed and complete as a character, but there’s still room for you to find yourself within her struggles and insecurities. It’s a thin line to walk, but first-time director Bo Burnham and breakout star Elsie Fisher (who was actually finishing eighth grade as she worked on this movie) find their balance with a rare combination of talent and consideration. Cheering for Kayla, but also feeling your own emotions, allows for sympathy and empathy within the same story, which means not only are you able to invest your feelings in something, but your feelings are also validated and affirmed by the movie in turn.

Because Kayla’s loneliness is personal, yet universal. Her relationship to the internet (and in turn, the world at large) in Eighth Grade will probably be different than most people who see this movie (it’s rated R) because Kayla doesn’t know a world without the internet, and yet her anxiety is still one we’ve all had to adjust to as technology has become not only the way we obtain and share information, but the way we share ourselves.

And the movie doesn’t condemn that development of the internet, either. It’s documentarian in that way. While some might gripe that the movie could have committed harder to a point of view or been blunter in its messaging, the almost journalistic approach Eighth Grade takes to its presentation of social media, memes and the communication habits of young people give it a different sort of value than would otherwise come through slanted preaching. This way, you’re allowed to take stock of your own judgments of the internet and direct them at the movie how you will. That aligns you, again, with Kayla, who’s making her own choices about how to engage with people around her within and separate from technology.

That lack of a slant makes Eighth Grade again feel true. It’s without bias. That means it touches upon both sides of that “never alone, always alone” dynamic talked about before. Watching one of Kayla’s excruciating-but-perfect YouTube uploads is in one moment mortifying because you know no one’s watching (and therefore, nobody cares), but in another moment hopeful because you know anyone could be watching. The internet is both a place where people shout into the void and a place where people find others to shout with. This movie’s honest about that, and it presses into those complications, and it’s better for that nuance.

That’s why, in a way that sounds ironic but doesn’t at all feel that way, Eighth Grade can be for everyone. It’s about a time in our lives when everyone feels alone and horrible, but it’s also about a time in history—right now—when everyone feels alone and horrible. That means even if we feel alone as we sit in the theater watching it, Eighth Grade meets us in that space. It’s a must-see. Amid all the noise of 2018, Eighth Grade pops the bubble with a simple, welcome, all-too-rare message: Same here.

The Upcoming Black Widow Film Has Officially Found Its Director

It’s Friday, So Here’s a Video of a Dog Singing a Remix of ‘I Will Always Love You’