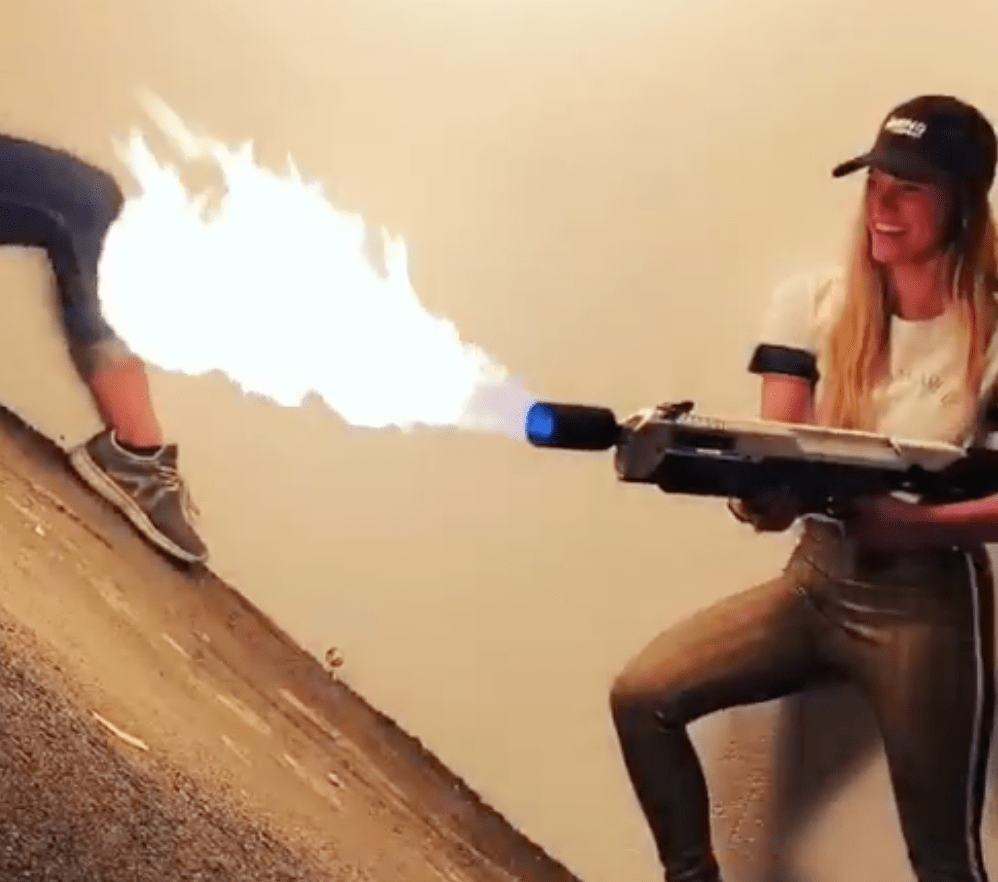 Billionaire inventor and entrepreneur Elon Musk is known for his technical innovations that seek to revolutionize how people travel—from his electric car company Tesla, to his futuristic rocket company SpaceX.

But, his latest endeavor, The Boring Company, has a different goal: To sell super expensive and very dangerous toys, apparently.

On Saturday night, he unveiled a $500 Flamethrower, saying on Twitter, “Obviously, a flamethrower is a super terrible idea.”

Obviously, a flamethrower is a super terrible idea. Definitely don’t buy one.

He also posted a video on Instagram of the flamethrowers in use, and they look pretty awesome.

Now, we know what you’re thinking. They have to have some kind of disclaimer that these are not to be used to aim at other humans and chase them with, right? Well, moments after it was released, Musk posted a video of himself doing exactly that.

Grammys President, After Male-Dominated Show, Says Women Should ‘Step Up’