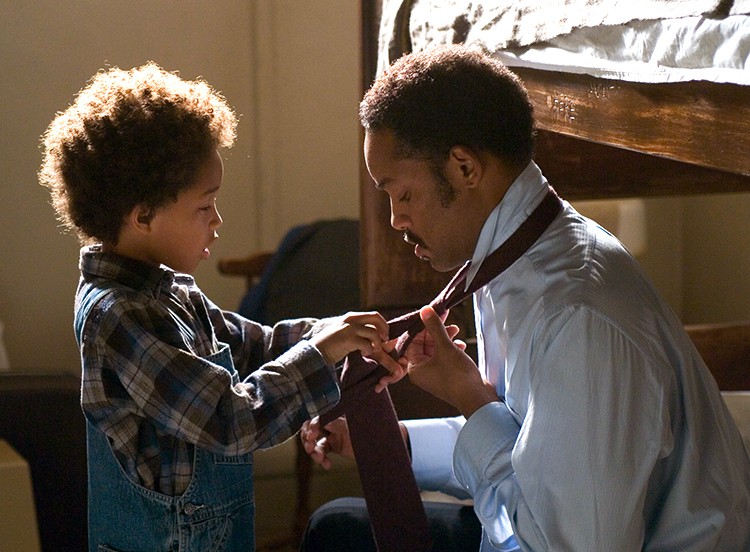 November is here and that means there’s new batch of movies and TV shows on Netflix.

Here are our six picks for you to check out in November.

The Pursuit of Happyness

The Pursuit of Happyness tells the story of salesman Chris Gardner (Will Smith) and his 5-year-old son (Jaden Smith) fighting their way out of homelessness. This movie contains some of Will Smith’s best acting ever, earning him an Academy Award nomination. You will ugly cry at this gripping portrayal of family, which is the right way to kick off the holiday season.

Jim and Andy: The Great Beyond – Featuring a Very Special, Contractually Obligated Mention of Tony Clifton

You get to see Jim Carrey get super weird in this behind-the-scenes documentary, exploring Carrey’s depiction of his hero Andy Kaufman in the 1999 film The Man on the Moon.

At this point, being an informed citizen pretty much includes watching any addition to the Marvel Universe. Frank Castle, aka The Punisher, first appeared in season 2 of Dare Devil and kinda stole the show (thanks to a compelling performance from John Bernthal).

The spin-off is well-deserved and, if the trailer is any indication, it may be one of Marvel’s darkest and grittiest series yet. At the same time, Frank Castle’s heroism raises deep questions about justice that make the show more than a mindless 130 hours of bullets, blood and bravado.

You may not think that you’re a fan of Coltrane, and you’re probably wrong. John Coltrane is more than a saxophonist—even more than a Jazz legend. He is a founding father of pop music, inspiring artists from Carlos Santana to Kendrick Lamar. His influence on modern music is pretty much inescapable.

This documentary explores Coltrane’s iconic sound and timeless contribution to the culture. Watch it and you will know things.

First of all, this story is a straight-up classic. If you’ve got kids, this is a perfect holiday movie to watch with the family while you sip hot cocoa.