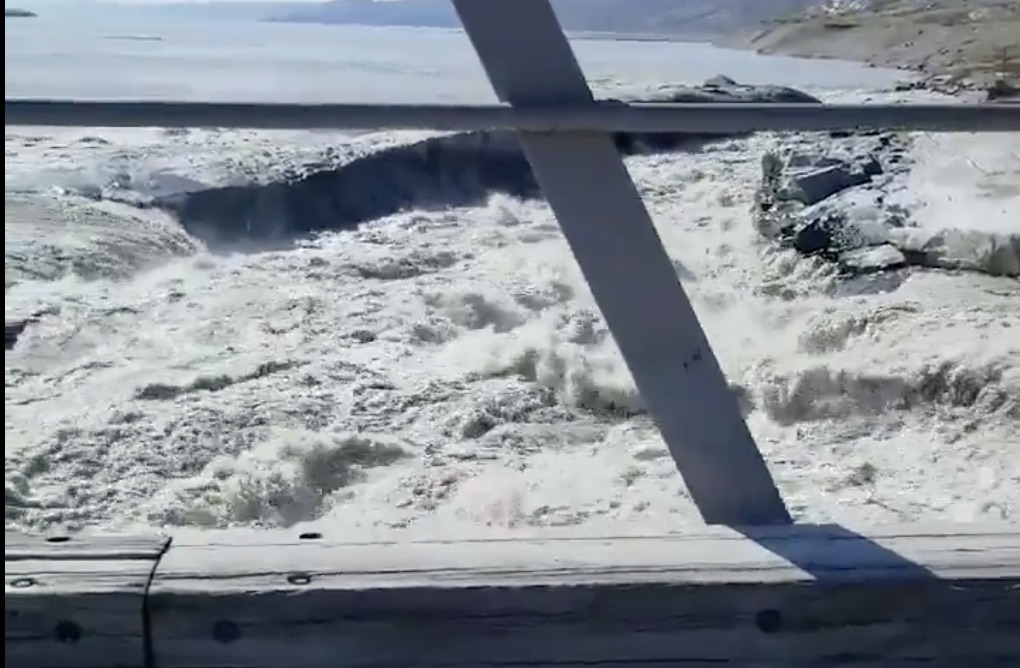 Laurie Garrett, a Pulitzer Prize winner and Senior Fellow at the Council on Foreign Relations, posted this video to Twitter on Thursday, in which 12 billion tons of glacial melt can be seen rushing under a bridge in Kangerlussiauq, Greenland.

This is a roaring glacial melt, under the bridge to Kangerlussiauq, Greenland where it's 22C today and Danish officials say 12 billions tons of ice melted in 24 hours, yesterday. pic.twitter.com/Rl2odG4xWj

It was 22 degrees Celsius in Greenland at the time (about 71 degrees Fahrenheit), which is definitely not normal, as you can see in the chart below. 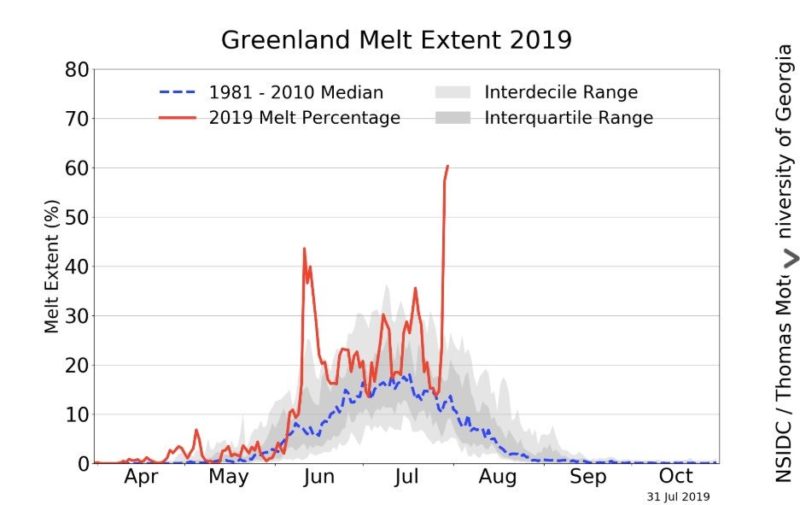 Greenland is currently roiling from what’s known as “the albedo effect” — a scientific term that refers to how much of the sun’s energy is reflected. The more ice that melts, the more solar energy gets reflected, which in turn leads to even more icemelt. It’s why eyebrows were raised earlier this year when the country lost two billion tons of ice in 24 hours on June 13 — a number that’s now just a fraction of the current rate. It’s melting so quickly that it’s caused global sea levels to rise 0.5 mm in just one month.

Of course, it’s normal for Greenland to see glacial melt in the summer months, but this year’s pace is almost unprecedented. In 2012, the entirety of Greenland’s ice sheet was exposed to melt for the first time in known history. This year’s icemelt is drawing similar comparisons from experts and is being exacerbated by a hot, humid air that has drifted up north from Central America.

According to climate scientist Twila Moon, the glaciers are even seeing melt at their centers. That’s not entirely unprecedented but as Moon told NPR, the last time it happened was in 1889, and the time before that was nearly 700 years earlier. Now, it’s happened twice in the last seven years, which is ringing warning bells for climate scientists all over the planet — not to mention the people who aren’t insulated from the immediate effects of a rapidly warming planet. As Moon told NPR, “I feel frustrated and really shocked by how rapidly this change is happening. But it’s easy to get stuck in what I call the climate blues.”

She continued, “I’ve found that the most important thing that is the most valuable antidote to the climate blues is taking action. What we do as humans is having the most direct impact on this ice loss, and so being able to take action to reduce climate change is the way that I stay out of the climate blues and also the way I ensure that I’m helping to keep ice on our planet.”

An Enneagram Analysis of ‘Stranger Things’