Amy Bonomi, professor and chairperson of Michigan State University’s Department of Human Development and Family studies, has made some disturbing findings. A thorough 2013 study of the book concludes that “emotional and sexual abuse is pervasive in the novel,” appearing in almost every interaction between the protagonists, Anastasia and Christian. Both exhibit textbook signs of abuse: Christian, the so-called love interest, actively stalks Ana, purchasing her place of work and tracking her whereabouts through an app on her phone (“No place to run. I would find you. I can track your cell phone—remember?”). He controls her behaviors, her food intake, and dictates who she is allowed to spend her time with, isolating her from friends and family. He belittles her, threatens her and blames her. As a consequence, Ana is afraid of making Christian angry, afraid to talk to her friends, and insecure in her own personhood (“He’d probably like to beat seven shades of s*** out of me. The thought is depressing”).

“Lose control,” a movie poster urges. Another shows Christian Grey with a tie wrapped around his fist. “I exercise control in all things, Miss Steele,” he says in the trailer. When Anastasia asks, “Why are you trying to change me?” he replies with the saccharine, “I’m not. It’s you that’s changing me.”

While there have been several well-rendered and moving depictions of abuse in media, all of these recognize domestic violence as a cardinal sin; none are as bafflingly oblivious as Fifty Shades of Grey. The marketing for the film is sickening: posited as “an incredible fairytale love story,” encouraged as a date-night movie, and set to release just in time for Valentine’s Day, Fifty Shades barrels ahead without an ounce of self-awareness—or, perhaps, of conscience. The abusive behaviors are treated as adorably flirtatious interaction; here, domestic violence is met with the enthusiastic approval of the story’s protagonists.

The message is clear: by turning these same behaviors around to market them as “romance,” this film effectively silences the experience of millions of victims of abuse. She might not think that she likes being mistreated, it says, but in the end, isn’t it what she really wanted? Christian Grey can do no wrong, so the fault must lie squarely on the shoulders of the 21-year-old college student in a relationship with a rich older man.

In the weeks leading up to the movie’s release, hundreds of boycotts have sprouted up on social media: #50dollarsnot50shades encourages potential viewers to donate the $50 they would have spent on a night out at the movies to a local women’s shelter for survivors of domestic abuse.

Films like these are honestly a regressive step back in society’s perception of violence against women. The argument that “Fifty Shades of Grey is just fantasy!” has been popular in defending the movie’s treatment of its protagonist, but it doesn’t quite ring true. Unfortunately, for one in four American women, Fifty Shades is a brutal reality.

By setting it up as romantic, this movie sends out the toxic message that, in the end, you can change your abuser. It tells sufferers that their experience is invalid, and, like Anastasia, they should learn to accept and enjoy their situation.

And Christians should care about this—more than just disliking the book for its R-rated content, we should also practice empathy and fight for the women that have been affected by abusive relationships.

We like to believe that we are somehow immune to the ideas and values that are pumped out by the culture that we live in, but that isn’t true. We like to label fiction as “just a story,” cutting it off from our world, but truthfully, every story that is told comes from a very specific point of view. Everyone wants to say something, and the television, books, and movies that lack a clear agenda most obviously show the values and acceptable behaviors of a society: the casual image of a fully-clothed man surrounded by women in swimsuits in a commercial for an unrelated product, the seemingly justified violence equated with masculinity in action movies, the big-gesture moments in romantic comedies that undermine the hard work of real relationships.

Bonomi’s second study shows that women who have read Fifty Shades are more likely to have an abusive partner and unhealthy eating habits, and regardless of causation, the correlation is troubling.

It is so difficult to be aware, but our world is built of stories, good or bad, lazy or carefully constructed, and each disseminates its own point of view. Fifty Shades fills the shape of violence and abuse with the concept of romance, and this is the most dangerous tactic E.L. James could have used, whether or not she realizes this. We cannot continue to mistake infatuation for romance, or obsession for love.

Christian Grey should look up the definition of love in 1 Corinthians: unlike his treatment of Anastasia, real love is “patient, love is kind. It does not envy, it does not boast, it is not proud.  It does not dishonor others, it is not self-seeking, it is not easily angered, it keeps no record of wrongs. Love does not delight in evil but rejoices with the truth. It always protects, always trusts, always hopes, always perseveres.”

This love doesn’t need to be forceful or dramatic because it operates out of freedom and grace. As followers of Christ, we can look at a relationship as a partnership of two people striving toward the same goal—to glorify God—and reacting gently, sacrificially and intentionally with one another. 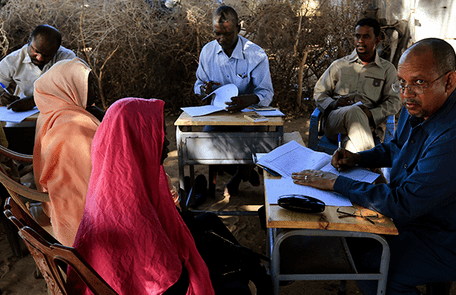