We’re still waiting on the final confirmation, but it looks like Henry Cavill is ready to hang up the cape and move on from playing Superman in DC’s perennially struggling superhero universe. The Wrap reports this will let DC move on to a movie about Supergirl instead. This makes sense, since the studio’s only real success so far is Wonder Woman. Why wouldn’t DC try to corner the market on more women superheroes? There already a few in the works, with an upcoming Birds of Prey movie (which will see Suicide Squad’s Harley Quinn teaming up with the likes of Huntress and Black Canary), but it’s not like they don’t have even more options. Here are a few they could safely attempt.

The most obvious candidate besides Supergirl herself is one who’s already been rumored to be in play. Joss Whedon was briefly attached to a Batgirl movie at DC but has since moved on. Whedon’s involvement was a no-brainer — at her best, Batgirl has a lot in common with his most famous creation, Buffy the Vampire Slayer. But a younger, fresher take on the character would serve her well and don’t be surprised if an announcement about a new writing team is just around the corner.

Following the success of Marvel’s Doctor Strange movie, DC is probably thinking about broadening its own cinematic universe to involve some magical Harry Potter-like elements. Next year’s promising-looking Shazam will introduce magic to the DC universe, which opens the door for DC’s superhero magician Zatanna to make her debut.

Alright, everyone remembers the last attempt at a Catwoman movie. (If you don’t, congratulations. DC would probably like the chance to personally thank you.) But just because there’s been one bad movie doesn’t mean there can’t be a good one, let the long, long, long record show. Catwoman remains one of the most iconic woman characters in superhero comics, and her moral flexibility would provide an interesting contrast to the parade of infallible do-gooders currently trotted out from the studio.

This character has already been introduced in DC’s small budget CW shows, but she’s worthy of a larger audience. Vixen can summon the strengths of various animals to fight her enemies, which provides lots of opportunities for fun special effects, and she’d inject a much-needed shot of racial diversity into the DCEU’s lineup to boot.

While traditionally tied to her partner-in-justice Hawkman, the old Justice League animated show proved this character can fly just fine alone. An alien warrior who came to earth on a mission to prepare it for invasion but soon found herself taking it under her wing, so to speak, Hawkgirl has an interesting character arc baked right into her origin story. And just look at that helmet.

Maybe the most intriguing character on DC’s list right now would also be one of the trickiest to pull off but oh, the wonders if it could succeed. Big Barda began her life as a warrior servant in the alien despot Darkseid’s army before falling in love with a slight-of-build but kindly in manner hero named Mister Miracle, whose super power is escaping from traps. The two of them get married and flee Darkseid’s reign, culminating in one of DC’s grandest and most heartwarming epics.

Starfire has a rough history at the hands of her comic book creators, many of whom have drawn her in impractically tiny outfits even by the standards of superheroes. But her popularity on the animated Teen Titans show has successfully redefined the character from shallow eye candy into something far more compelling: a fun, carefree warrior princess from a distant planet who is significantly more cheerful than her Shakespearean backstory and company (she’s often romantically attached to Robin) would suggest. 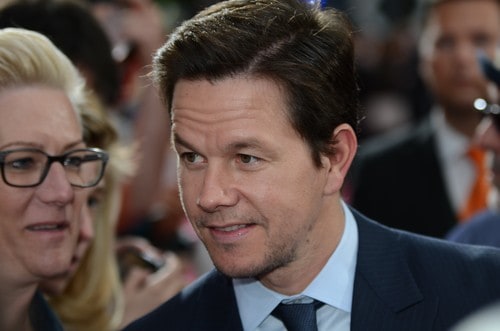 Mark Wahlberg Starts Every Day With a Half Hour of Prayer

If Scientists Discover Aliens, Will It Wreck Your Faith?