Though the film is a technical marvel with painstaking attention to detail and authenticity, the focus of writer/director David Ayer’s film, like his other films, Training Day and End of Watch, are the responsibilities and the psychological, emotional and spiritual traumas that, as Ayer puts it, “those who are franchised to exercise force on our behalf” endure. In our conversation with the director, Ayer delves into the spiritual/religious elements that lie at the heart of his latest film.

Let’s start with the overt religious elements in the film, which feel supremely authentic and work incredibly well.

In war films, you’ll often see a person of faith, but the way they’re depicted often feels caricatured. It doesn’t feel like a grounded faith or a living faith. It was important to me to show how someone can lean on Scripture and their relationship with Christ in an environment where they’re seeing this much inhumanity and destruction. […There’s] a strength and a power in that, and I wanted to depict that, so I wrote this character [“Bible,” played by Shia LaBeouf]. And it’s interesting because the guys he works with don’t share his same views. They don’t have the faith he does, yet they respect it.

It’s a tribute to both Shia [LaBeouf’s] performance and your direction of him in that role that he never feels like a caricature.

It’s interesting because Shia had to depict this. He had to go and learn Scripture. He actually shadowed a U.S. Army Chaplain who’s in the reserves, and embedded himself with a National Guard Unit. He shadowed Captain Yates as he would minister to the troops and go to his services. [Captain Yates] also has a ministry outside Los Angeles, and Shia would go down there and spend time to understand how ministry works. He brought a lot of that to the film.

In terms of the Scriptures you used, were they foundational in the script or were they added or improvised later in production? I find it interesting that you used the verse from Isaiah: “Here am I, send me.”

They were in the script. Yeah, [Bible’s] a guy who accepts where he is and what he’s doing. It’s fascinating that, because of his faith, he’s not unafraid of dying, but he’s able to accept it and doesn’t see it as the end of the road. That moment [where Bible quotes Isaiah], it’s one of my favorite moments of the film and an incredible performance. It’s hard to bring Scripture to life in a realistic and impactful way in film. The faith he’s portraying resonates with the other crew in the tank and gives meaning to what they’re about to endure.

It also gets to this notion of calling. We hear ads for military service that speak of “answering the call.” At the same time, people who go into ministry speak of being called by God. The people who answer these calls often find themselves set apart from the rest of society. They’re either held to a higher standard or put on a pedestal. The themes of separation and subsequent attempts to assimilate back are important themes in Fury.

Having served in the military, I’ve always been interested in law enforcement, the military and those people who serve society, especially those people who are franchised to exercise force on our behalf. It’s a huge responsibility and it takes an incredible amount of judgment to do that. The people who go down range and fight for us and confront the enemy so we can sleep safely in our beds … that separates them. That creates a brotherhood and a sisterhood and separates them from the society they protect.

But you see another separation between Bible and the tank crew when the boys go and carouse once they take the town. He sits down and studies Scripture. There’s a moment where he’s going to have a drink, and it’s a shock that he’s going to drink. He’s apart from the crew, yet he’s the heart of the crew at the same time. We always saw his character as the conscience of this tank crew, and so that idea of separation out of calling, responsibility or duty is very much a part of how the movie’s structured.

The people who answer these callings and stand apart from the rest of society also, in a way, police boundaries between good and evil. WWII is often looked at as a “good” or at least “just” war. Yet, as you show in the film, even some of the American soldiers begin to flirt with these boundaries.

That’s the thing. People are drawn to WWII because it was a contest of good and evil. It’s very black and white. This enemy—with no concept of human rights—threw the rule book out on fighting, and our soldiers had to face that. It was a different world back then. It was a tougher generation. Our men who fought did a lot of things that are pretty edgy, pretty tough. All of the things in the movie are things that happened.

It’s not hard to see that the characters in this film have lost something of themselves to both what they have experienced and what they have done. Is redemption possible for them?

It seems like they might locate it in that moment where they have the opportunity to run for safety or to stay, fight and face almost certain death.

Absolutely. That’s quite a bit of Wardaddy’s journey in that, standing up and fighting for something that’s good. The hard thing is to do it if there’s no reward in it or if you can lose your life in the process. [To] have that faith to plow ahead and do the right thing no matter how painful is noble. I wanted to show some of that nobility. One of the tankers that came to meet with the actors was saved after the war and became a pastor. He made his life about ministry and spreading the good news because I think he saw and experienced so much and may have done some things himself that didn’t sit right in his heart. He came out of that war a transformed man and spread something good into the world after that. I’m a big believer that, no matter who you are, there’s redemption for you, and there is forgiveness.

As Fury progressed, I began to think about war films like All Quiet on the Western Front and others that might be defined as anti-war war films. There’s something about the filmmakers’ brutally honest depiction of war that makes us question why we continue to walk this destructive path. Was that tension intentional?

That’s the paradox of warfare. I come from a military family who’s served … for generations. Career military people. And I served. There’s a duty to serve. This country gives us a lot and we have to pay it back. No one who’s ever gone down range, no one who’s ever seen a buddy die, no one who’s had to take a life, no one who’s seen the evil that’s out there firsthand is ever going to say it’s a good thing. It’s a terrible thing, and no one’s going to tell you more loudly and more clearly that war is a horrible thing than military personnel. They know it and they deal with it.

That’s the paradox of it: the nobility of knowing what you’re going to see and expose yourself to and the moral hazards that you’re going to experience in undertaking your duty with honor and with pride. There’s great nobility in that. I don’t know if people understand those things, and I want people to get a little insight into that.

Fury is rated R for strong sequences of war violence, some grisly images, and language throughout.

J. Ryan Parker is the creator and editor of and main contributor to Pop Theology. He holds a Ph.D. in film and religion from the Graduate Theological Union and is the author of Cinema as Pulpit: Sherwood Pictures and the Church Film Movement. Find him on Twitter @jryanparker. 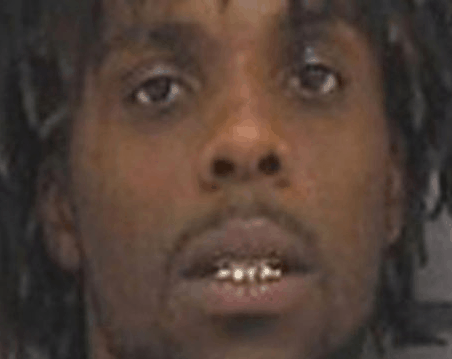 The Perfect Crime: Texting Your Probation Officer for Weed