It’s hard not to like award-winning author Yann Martel. On the platform before 1,500 people at a literary festival, a speaker lists his accomplishments from the podium. Behind her, Martel looks trapped in an oversized chair, sitting like a little boy, staring into the ﬂoor, both feet turned on their sides facing each other, white socks peeking out beneath dark pants.

Then the speaker mistakenly states that Life of Pi is his second book. He leaps up next to her, dramatically whispers in her ear, holds three ﬁngers up for everyone to see, sits back down, then jumps back up and whispers some more as 1,500 people lean forward to listen in. He returns
to the overstuffed chair as she publicly corrects herself and dramatically emphasizes that the Man Booker Prize-winning Life of Pi is his third book. The audience laughs.

Soon, he’s behind the podium speaking for nearly an hour without notes. Privately, he admitted: “I’m not going to prepare partly because, you know, writing is so hard. I’m not going to slave away. Plus when you read it it’s boring.” For 50 minutes, everyone is riveted as Martel admits the biggest story isn’t his surprise Man Booker win and its resulting success but his conversion to faith through writing it.

Martel grew up during a historic period in Quebec, Canada. The 1960s might be known for its noisy clamor to the rest of the world, but in Quebec it was the “Quiet Revolution” because the entire province shifted from Christianity into a near-complete atheism. In about a decade of seemingly unrelated social and political events, thousands stopped attending church and the government took control of the education and health system from the Roman Catholic Church and its “spent Catholicism,” as Martel puts it. This silent shift completely rewrote the future of the region. Quebec is now “the most secular state in North America,” Martel says.

So instead of church, his parents took him to art museums. When he went to college he studied philosophy at Trent University in Ontario, though he didn’t realize that philosophy departments are a “breeding ground for atheists and agnostics with its materialist philosophy,” Martel says. His major only conﬁrmed his upbringing.

Though he’d had two books published to some critical acclaim in the mid-1990s, together they sold less than 3,000 copies. In 1996, Martel felt like he was ready to write his masterpiece, so he moved to India on New Year’s Eve to begin writing. It never came together. After endless attempts to make the disparate sections ﬁt together, the novel remained stillborn. Eventually, he gave up and shipped his notes back home. Bereft of purpose, he wandered the subcontinent in a self-described state of openness. “For the ﬁrst time I noticed what was in front of my eyes,” he admits. What was right in front of his eyes were the swarming masses saturated in religious belief.This observation began the most unlikely conversion story in literary history.

“I asked myself, ‘What if I wrote a novel where I had a character who had faith?’” he says. “The ﬁrst act of faith is unreasonable. I was sick to death of being reasonable. Reason is very empowering. Our entire Western democracies are a meticulous result of reason. Reason is just a tool and it doesn’t in and of itself give you a reason to use it.” He first wrote about his faith-ﬁlled protagonist as an anthropologist might, writing the subject from a safe distance. When he realized that approach wasn’t working, he began reading the primary texts of the world’s three largest religions—Christianity, Islam and Hinduism. Then he began writing again, closer to the subject.

“That’s really what interested me—faith. How does it work? Why?” Martel says. Soon enough he was experiencing a growing ember of belief. “What’s nice about faith is—once you have it—it feeds itself: from life, from books, from everything. In a sense, it’s a constant dialogue.”And once the novel was completed, a process that took him about two years, he found himself believing in God. “I can see why they use that term ‘born again,’” he says. “It didn’t happen to me. It was more of an intellectual process.”

Almost everyone knows some slice of the story in Life of Pi. The novel caught the literary world by surprise in 2001 because of its ﬁendishly simple concept—a 16-year-old boy named Pi Patel is trapped on a lifeboat in the middle of the Paciﬁc Ocean with a 450-pound Bengal tiger. Both were traveling on a ship full of zoo animals on its way to Canada when it sank. The story follows the religious Pi’s 227-day ordeal at sea—trying to survive the elements and keep the tiger contented enough not to eat him.

The novel’s half-true, half-fabricated preface provided the easy marketing tag line, as an old Indian man is supposed to have told the directionless Martel, “I have a story that will make you believe in God.”

In 2002, Martel won the British Commonwealth’s most prestigious literary prize, and a cultural phenomenon was birthed. The book is still a thriving enterprise, with the original hardcover giving way to numerous paperback versions, a lush illustrated hardcover and now a movie. The book has been published in 43 countries and has sold millions of copies worldwide.

With this success, Martel has opportunities to speak around the world … and he often speaks of religion. “You’ll meet many people who ﬁ nd it very easy to dismiss religion,” he says, ticking off Catholics, Muslims and Hindus as examples. “Most of my time I’m speaking to secular people and I’m saying, ‘You know, you may think religion is for idiots, but …’ “I’ve switched 180 degrees from where I thought religion was for children essentially —people who had no education, people who had this infantile relationship to the world and needed some sort of ﬁ gurehead to help them,” he continues. “From being quite dismissive and knowing just enough about religion to dismiss it—which is what most people do—to thinking religious discourse is the most interesting way to approach life.”

Martel’s a thin man with bushy, close-cropped hair and dark, active eyes. He loves cross-country skiing, travel and the arts, because they feed his creativity. He talks like a philosophy professor, in long rolling sentences embedded with unusual words and a ready wit; he may answer a question for ﬁ ve minutes without losing track of the topic. At the same time, he’s curious about his world, unafraid of disagreement and open to new experiences. When invited to speak, he’ll often show up early in a town and drive about to see the sights—even when there aren’t many sights to see. Though he claims not to be politically militant, he does notice the surge of social justice among young adults.

“To me, there’s that search for meaning because the systems that gave us meaning beforehand have been discredited. Sometimes rightly so where we went too far. And whatever has replaced it hasn’t proved satisfying. When capitalism is solely generating wealth—there’s ample wealth now for most people. The hunger to get material goods doesn’t seem as appealing anymore.

“When you came out of the ﬁrst World War, the ‘10s, ‘20s and ‘30s, getting a house was an achievement, there was a pride in working for that. Now who wants a house? Who wants to live in the suburbs? Who wants a stupid car?” he says. “Now some kids still want that. Now the other ones—who are maybe smarter—they’re realizing that’s not the be all and end all.”

“All those aspirations have proven to be futile, to be chimeras—so they’re searching for something else,” he says. “And an obvious thing, a really obvious thing, is to look at the transcendental.” Martel points to this growing interest in religion, coupled with a rejection of materialism and a new concern for the environment as the source for youth activism.

“I think it’s a certain lack of interest in materialism, just as a generalization,” he says. “It emerged out of environmentalism. Concern for animals. Concern for the panda bear and it has expanded now to the entire planet. And we live in a world that is very disempowering. That kind of activism is not. It also may be just that it’s the latest rebellious cause. It’s something you can do that goes against the system. But this one is a really good one.”

To do his part, he recently participated in an environmental literary festival called WAM (We Are Many) in Saskatoon Saskatchewan, Canada. WAM stresses small changes—like switching to eco-friendly light bulbs and recycling—that everyone can make to create a large difference.

Though he still considers himself an apprentice in religious belief, he’s clear on the advantages of belief.

“What God brings to the world is it expands the horizons of things. It puts everything in perspective including illness, death, poverty, injustice,” he explains. “So it puts life into a much greater context and because of that it should properly realign your priorities.” 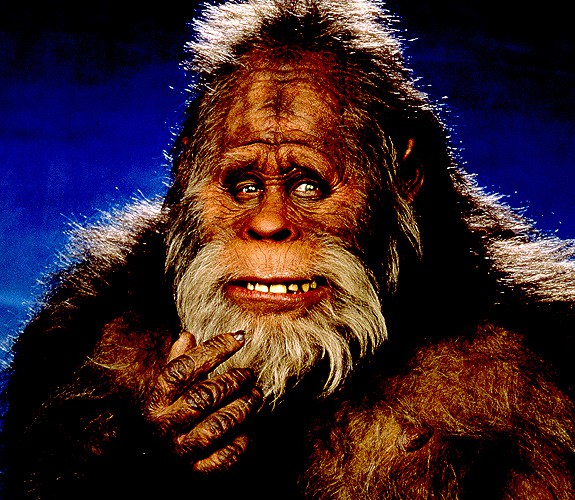 Victory: New Yorkers’ Right to Hunt Bigfoot Has Been Upheld 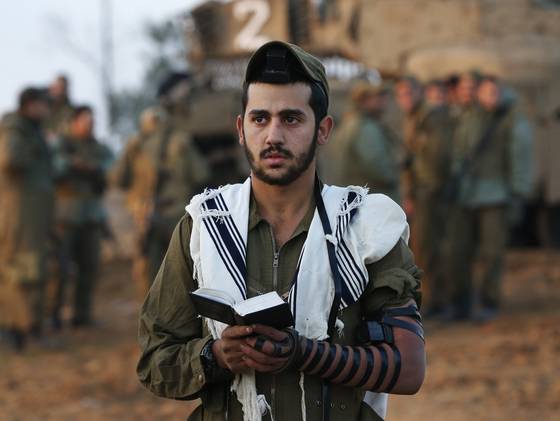