When Hollywood execs put together an internal memo about 2014 in review, one bullet point will almost certainly be about how Christians don’t turn up for Bible movies the way they had originally anticipated.

You can’t blame the execs for thinking Bible movies would be a big draw. Back in January, the beginning of “The Year of Bible Movies,” the year seemed full of promise. The Christian audience was vast, untapped market, and film studios were sinking some serious cash into catering to them with Bible adaptations—Darren Aronofsky adapting Noah. Ridley Scott on Moses. Mark Burnett on Jesus. Nicolas Cage on Revelation, for crying out loud. Not to mention Heaven Is For Real and a slew of other Christian movies that seemed prime to keep churchgoers flocking to theaters every Saturday night all year long, with the pastor in the front row.

But the Year of Bible Movies was a much hoarier event than anyone planned. There was a lot of squabbling on both sides, and film producers may have realized too late that they had bitten off a little more than they knew how to chew.

Things didn’t really pan out. and there are a couple of reasons why. But there are also a few takeaways for audiences, for Hollywood and for all of us as we try to determine just where to go from here.

Audiences Expect Bible Movies to Stick to the Script.

The Bible is a challenging book, full of messy drama and earthy, dimensional characters with feet of clay. That makes it an inviting prospect for filmmakers looking to sink their teeth into some real drama and fiddle with the facts between the lines. Neither Noah nor Exodus capture their respective directors the height of their creative prowess, but you can they they both had a lot of fun exploring the what if?s of their respective adaptations. For the most part, however, audiences weren’t having it.

Aronofsky stretched his artistic license the furthest, and while the result was a little uneven, it was certainly engaging. But Noah ended up making about $100 million at the international box office—paltry by summer blockbuster standards. Scott’s Exodus bent over backward to provide a naturalistic explanation for each supernatural event, which was far from the most boring thing about his movie. Exodus also took some truly baffling liberties with the source material’s racial breakdown, a glaring oversight few were willing to let it forget. The movie barely made a blip at the box office.

Burnett’s Son of God, on the other hand, played its cards closest to the chest. It was essentially a Sunday School flannelgraph come to life, and was richly rewarded for being so.

It’s difficult for anyone, let alone a team of movie producers, to know where the line between creative interpretation and sacred overhaul lies. Who’s to say why some people balked at the idea of Noah being an environmentalist, but didn’t mind him being depicted as one of Veggie Tales’ cucumbers? In any case, the message to filmmakers was pretty clear: Better safe than sorry.

Two movies that did quite well this year are Heaven Is For Real and God’s Not Dead, both of which are biblical only in the sense that the protagonists hold the Bible in high esteem. Of the two, Heaven Is For Real is the more competently made, based on the allegedly true events of a young Nebraska boy who temporarily died and got a glimpse of the Great Beyond. God’s Not Dead, the tale of a college professor who grades his students based on whether they’ll write “God is dead” in their notebooks, is not an example of high quality movie making. Both upended expectations with big earnings.

These movies have little in common besides spoilerific titles and the choir they’re preaching to, but they are preaching to them. God’s Not Dead and Heaven Is For Real exist not so much to challenge or even inspire, but to comfort. In them both, Christian audiences see their ideals and worldviews spun into perfectly pat moral fables. You half expect the studio audience to go “awwww” when everyone hugs at the end. God’s Not Dead went so far as to encourage audiences to text the film’s title to everyone in their contacts.

(The relative snore that has accompanied Kirk Cameron’s Saving Christmas suggests there is, however, a limit to how tolerant audiences are to this sort of filmmaking.)

Good Christian Movies Are Being Made, but They’re Being Ignored.

Audiences largely ignored Believe Me and The Song, which is a true shame, because both movies are explicitly Christian and both made for compelling viewing. The Song is a modernized spin on the story of King Solomon, reimagined here as a big-time country singer. Some of the analogies are groaningly on the nose (he’s “Solomon King,” here. His dad? Legendary country superstar, David King.) but as a whole, The Song works much better than the concept suggests.

Believe Me is even better, a roaring satire of Christian ministry that doubles as a goofy heist movie. It follows three college students who come up with a fake, charity: water-type ministry to pay off their student loans, and then struggle to keep up the act. Watching these guys try to learn the ins and outs of Christian culture is about as funny as any movie got in 2014.

It’s not completely clear why these movies failed to capture the same word-of-mouth buzz that accompanied God’s Not Dead, but it may be that both ignored lesson No. 2. The morals were not on the bottom shelf, served piping hot and easy to digest. Believe Me avoided easy answers, and The Song did not encourage audiences to text any spiritual imperatives to wayward friends. In short, both movies might have been just a little too challenging.

Noah was a fantasy epic. Exodus was a character study. Left Behind was a disaster movie (in more ways than one). Of all the Bible epics that came out this year, only Son of God used the Bible as a genre in and of itself. Perhaps the lesson here is that, just as the Bible is made up of dozens of different types of literature—from historical narrative to doomsday prophecy to poetry—Bible movies lend themselves to a lot of different types of movies. Some of these are bound to work better than others (The Book of Exodus doesn’t really lend itself to the sort of story Scott clearly wanted to tell), but the lesson to audiences is clear: Just because a movie is about the Bible doesn’t mean you can know what to expect when you sit down to watch it.

Every year, hundreds of movies are made with offensive sensibilities, glorifying violence, objectifying women and other, more troubling elements. But fortunately, many other movies are loaded with integrity, courage and justice—and many more starkly depict the wages of sin. In other words, a movie does not have to be Biblical to be biblical, and Christian audiences should celebrate Truth wherever it’s found. For example, Selma is not shy about tying Martin Luther King Jr.’s thirst for equality to God’s love of justice, and Interstellar certainly orbits the perimeter of a biblical worldview when its characters identify Love as a force outside the bounds of time and space.

But that’s not all. The Babadook is a low-budget, tremendously frightening Australian monster movie that nevertheless has some important things to say about forgiveness. Dear White People examines institutional injustice and hypocrisy. Birdman tackles the foolishness of building your house upon the sand. And what movie asked bigger, more existential questions of free will and predestination this year than The LEGO Movie?

Hollywood may be shy about attempting any other big-budget Bible adaptations for a while, but biblical themes transcend biblical adaptations, and God’s truth will always be a compelling topic to creative minds—whether they recognize it or not. 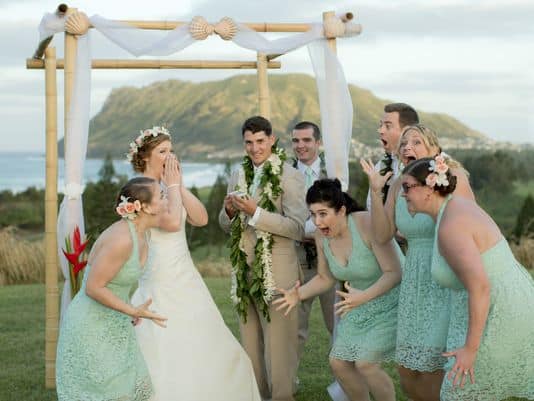 When the President Apologizes for Moving Your Wedding 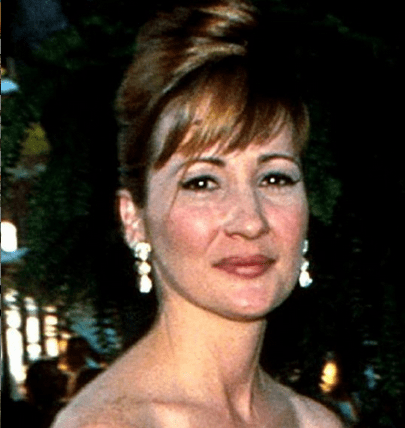