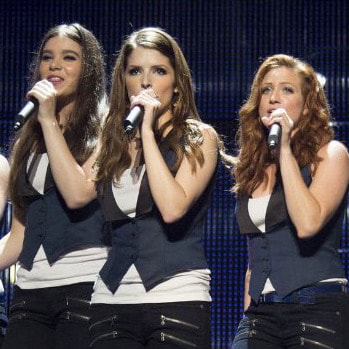 Just a few weeks since the Pitch Perfect 2 hit theaters—earning $160.9 million—the Hollywood Reporter says that Universal and Gold Circle will move ahead on a third movie.

HR reported that negotiations began with Kay Cannon, the writer for both Pitch movies, to return. It remains unclear whether or not star and producer Elizabeth Banks will return as director.

With most of the core of the Barden Bellas (spoiler alert) graduated college, it’ll be interesting to see how the eventual writer will reunite them. More interesting still will be if the studio will be able to reach deals with stars Anna Kendrick and Rebel Wilson, who apparently made about $2 million each for Pitch 2. For the original 2012 film, each earned low-six figure amounts.

Now that final scene of Pitch 2—which (um, spoiler again) ends with a close up Bella newcomer Hailee Steinfeld (True Grit, Romeo and Juliet)—make a lot more sense. We can sleep now.