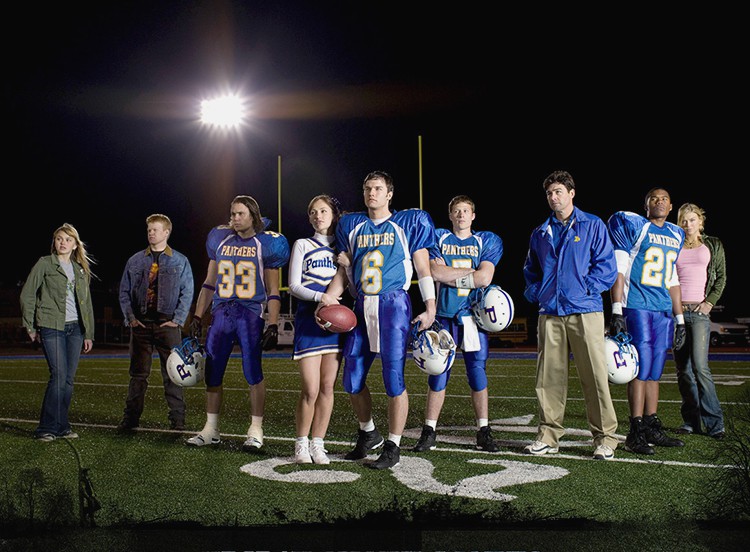 Welcome to July, the graveyard of the television world. For the next two months, the small screen will be filled with a combination of reruns and a mix of campy and crude reality shows aimed at the lowest common denominator.

For the most part, movies and TV are content to depict Christians as naive tagalongs who exist to serve as consistent punchlines (think Kenneth in 30 Rock and Ned Flanders in The Simpsons) or antagonists who exist to spoil the party. But occasionally, secular media creators get away from the stereotypes of Saved and the hateful, abusive antagonists in countless movies and comedies featuring cruel clergy and overreaching religious parents hell bent on destroying all fun.

Add these to your watch list to see positive, believable portrayals of Christians in TV and film this summer.

Although it’s arguable who is worshipped more, God or the members of the Dylan Panthers high school football team, there’s no doubt that FNL accurately captures the details of small town America, from Applebee’s as the town hangout to faith permeating everything from pep rallies and pre-game prayers to weekend cookouts.

While characters like Lyla Garrity may not serve as role models, the struggle between following Christ and slipping back into a lifestyle of cheap sex and alcohol-fueled parties is an internal war that’s all too familiar to every youth pastor and volunteer working with high school kids.

The pilot episode features the team and parents praying for a player who broke his neck in a tackle is not only moving, but a believable moment of people turning to God for healing.

Get Low, which features Robert Duvall as a hermit planning a “living funeral party” and Bill Murray as the down-on-his-luck funeral director who just wants Duvall’s money, certainly falls into the genre of comedy. But because the true story also dives deep into death, crushing guilt and regret, which makes the moments of forgiveness and redemption truly moving.

Shirley, a recent divorcee who enrolls in Greendale Community College after her husband leaves with a local stripper, is both a caring mother figure and comically judgmental. In a sitcom world, each character needs a flaw that can be exploited for jokes, but it’s also what makes Shirley authentic and endearing. One moment, she’s caring and selfless, the next she snaps off a one-liner judging another character’s choices.

In the end, however, Shirley’s Christ-motivated love for others outshines her shortcomings. To quote a cliche bumper sticker, she’s a great example of how “Christians aren’t perfect, just forgiven.”

“All babies want to get borned! All babies want to get borned!” When Juno Macgruff, played by Ellen Page, arrives at an abortion clinic she runs into Suchin, a classmate from her high school carrying out a one-woman protest. But rather than spewing judgement and hate at Juno, Suchin shares facts about baby development, which changes Juno’s mind. When Juno runs off and abandons the procedure, Sachin shouts joyously “God appreciates your miracle.”

Sure, Juno portrays its Christian character as out of touch and socially awkward (not to mention the negative Asian stereotype). But Suchin is also a character of both conviction and love. Considering that Juno was penned by a stripper from the suburbs of Chicago, writer Diablo Cody could have written a script that portrayed Christians in a much worse light.

You don’t have to be a fan of the endless onslaught of superhero films to love Logan. From opening credits to the final scene, it’s a movie about family, albeit in the the unlikely format of an aging mutant, his undocumented Mexican daughter and 90-something mentor on the run from the bad guys.

While on the lam, the group is taken in by a family of Midwestern farmers, who welcome strangers into their home because “the Lord has provided.” It’s one of the most moving interpretations of the Good Samaritan that pop culture has ever produced.