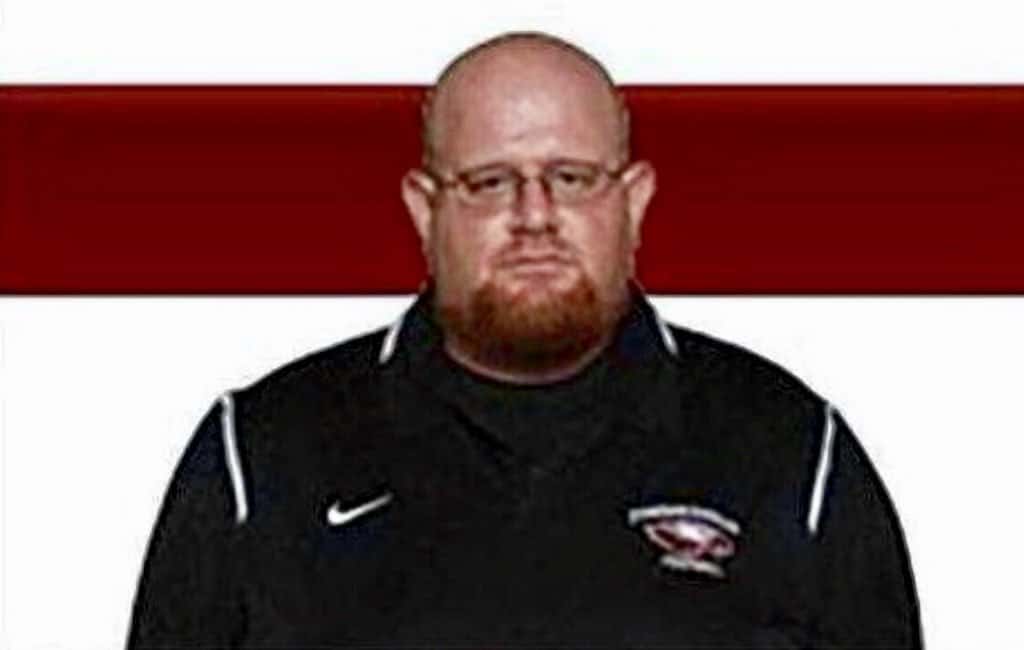 Cruz is reported to have had a history of violence-related posts on social media.

[lborder][P]ostings under the name Nikolas Cruz also included threatening comments on YouTube and other sites, including “I wanna shoot people with my AR-15 (sic),” “I wanna die Fighting killing s**t ton of people,” and “I am going to kill law enforcement one day they go after the good people.”[/lborder]

He has been charged with 17 counts of premeditated murder. Assistant football coach Aaron Feis was one of his victims.

Feis, who was also a security guard at the school, threw himself in front of students to shield them from the oncoming bullets. After being wounded, he was rushed to the hospital where he died.

Willis May, head football coach at the school, told the Sun Sentinel that a student said Feis jumped between her and the gunman while pushing her out of the way. May had heard the gunfire over the walkie-talkie and asked Feis if it was the sound of firecrackers. “No. That is not firecrackers,” Feis responded. That was the last May heard of him.

Colton Haab, a junior football player who had a close bond with Feis, told CNN: “[He] made sure everyone else’s needs were met before his own. He was a hard worker. He worked after school, on the weekends, mowing lawns, just helping as many people as possible.”

Today, many are paying tribute to Feis online.

It is with Great sadness that our Football Family has learned about the death of Aaron Feis. He was our Assistant Football Coach and security guard. He selflessly shielded students from the shooter when he was shot. He died a hero and he will forever be in our hearts and memories pic.twitter.com/O181FvuHl3

Denise Lehito, the football team’s spokesperson, told CNN, “He died the same way he lived—he put himself second … He was a very kind soul, a very nice man. He died a hero.”

The entire football community is grieving the loss of Coach Aaron Feis and all those who tragically lost their lives yesterday. https://t.co/geIMyMQ3Ld

Chance the Rapper: ‘I Love Jesus. And I’m Super Cool With Saying That’

So, This New ‘Pacific Rim Uprising’ Trailer Is Insane