For much of his professional career, Bryan Stevenson has been consumed by an idea: “You are more than the worst thing you’ve ever done.” More than just a simple, inspirational mantra, Stevenson believes this truth has real repercussions for people, communities and institutions in which people are, emphatically, treated like they are only as much as the worst thing they’ve ever done and no more.

This idea not only propelled Stevenson to work as an attorney and activist for prison reform, but also to write Just Mercy, the book about his experiences advocating for the abolition of the death penalty and more justice in the prison system. And that book has now been turned into a movie of the same name, starring Jamie Foxx, Brie Larson, Tim Blake Nelson and, starring as Stevenson himself, Michael B. Jordan.

Stevenson is demure about the experience. “If I’d known Michael B. Jordan would be playing me one day, I would have worked out more,” he says, laughing. But then, he gets more serious. “I don’t think I’ve been working for a moment where some of what I do can be in a movie,” he says. “I’ve been working for a time and a day when we can really proclaim more truth, more justice, more fairness and more opportunity for people who’ve been mistreated and abused. There’s where my eyes are and my head is. It’s certainly where my heart is.”

Stevenson says he was apprehensive when approached about the movie, aware of how often film adaptations of books can go awry. But when he heard Destin Daniel Cretton was interested in directing and saw Cretton’s previous movie Short Term 12, he was encouraged. And then when Jordan expressed interest in the role, the two men sat down and talked about Just Mercy‘s themes. “Not only were [Jordan and Cretton] talented and creative and had a lot of wonderful ideas, they were also deeply committed to these issues,” Stevenson said. “That gave me the comfort I needed to move this forward.”

Jordan himself isn’t shy about his love for Stevenson and the book, and speaks to the challenge of portraying him with reverence. “Bryan Stevenson is a real-life superhero to me and so many others,” Jordan said over email. “After I got a chance to really get to know him and his story and his work, I felt like I had a great deal of pressure to get it right.”

“Getting it right” is no mean feat with a book like Just Mercy which, in addition to addressing some of the most sensitive and urgent issues in the country, also tells a sprawling story that stretches from rural Alabama to Washington, D.C. It involves numerous stories of men and women who had seen their stories twisted in the courts and by the press, a tragedy this movie has the opportunity to rectify. Stevenson, the man who got to see these stories up and close and in person, speaks glowingly of the final product.

“The performances are so powerful,” he says. “Jamie [Foxx] brings [Stevenson’s former client] Walt to life in a way that is so accessible. You sense his grief, his pain, his anguish, his frustration. That’s true of all of the performances.”

When it comes to playing Stevenson himself, Jordan speaks of the performance as both a role and as something of a calling. “I felt honored to be able to carry that weight,” he says. “Honored to be able to get on set every day, to go to work every day to try to make a difference, to be a part of that change.”

Jordan says he interviewed Stevenson meticulously about the courtroom process—the body language, the attitude and tiny interpersonal details of dealing with jury members, prosecutors and a judge—striving for an authentic recreation of what it actually felt like.

“I wanted to honor Bryan’s work and what actually happened, while also leaving room for interpretation of that workspace,” Jordan says. “There’s a movie version of this, but then there’s a real version of it as well, and we wanted to live more in that real space than anything.”

Stevenson speaks warmly of Jordan’s portrayal. Not just for the detailed mannerisms, but for conveying Stevenson’s organized, deeply deliberate attitude towards systemic change as well. “I don’t believe you can change the world unless you’re willing to be strategic and persuasive,” Stevenson says. “You can’t just shout things and demand things, and [Jordan] embraced that approach. I think it gives people a little more insight than they otherwise might get.”

Stevenson uses the word “strategic” a lot. It’s how he conducts himself as an activist, pushing for deep change through careful planning and political savvy.

“We can’t just proclaim our truth and get mad at anyone who doesn’t see it the way we do,” Stevenson says. “We have to be persuasive. We have to be tactical.”

Part of being persuasive and tactical, Stevenson says, is changing the conversation. He says death penalty abolitionists have been willing to have the conversation on their critics’ terms for too long.

“The death penalty is not a topic that can be resolved by asking whether people deserve to die for the crimes they’ve committed. The threshold question is ‘Do we deserve to kill?’” Stevenson says. “If you have the kind of system we have, that treats you better if you’re rich and guilty than if you’re poor and innocent, and if things are compromised by unreliable proceedings—bias, bigotry and racism—then we don’t deserve to kill. And I don’t think many people disagree with that.”

This is the fight Stevenson has waged, and the one depicted in Just Mercy. It’s about transforming rage against an unjust system into actionable steps, finding common ground with critics and killing the beast from the inside out. It’s a process Jordan refers to as “balancing emotional frustration and emotional strength.”

“I want to be a part of the change; that’s what’s important to me, especially at this time in my life as a black man in America,” Jordan says. “These issues directly affect me and my community.”

The fight is personal for Stevenson too, both as a black man who has written about his own encounters with racism in the justice system and as a Christian. His attitude of grace toward people who have committed crimes is directly related to his faith.

“Jesus talked about not throwing stones,” Stevenson says. “The woman who was accused of adultery—He never said she didn’t do it. But those who were around were convicted by that.”

“What the Good News is all about is creating opportunities for redemption and restoration and salvation from all of these things that would otherwise define us,” Stevenson continues. “That’s at the heart of what I do. I think that if we are going to be a community of people who love mercy, who do justice, who walk humbly with God, we’ve got to care about the action of mercy. We’ve got to care about the presence of injustice. You’ve got to care about the arrogance of killing people to show that killing is wrong, and taking on these roles that I don’t believe we are equipped to hold.”

Stevenson’s example has helped motivate Jordan to get involved in the fight too. “To understand and feel empathy; to understand the inmates more than just a name on a piece of paper—that’s extremely important. These people have lives and families,” Jordan says. “The fact that Bryan is in the Supreme Court, fighting these cases, fighting this cause, day in and day out. How can we do our part, right? That’s what I wanted to bring to this issue and to this project. It’s about hearing Bryan’s story and wanting to be a part of the change.”

Just Mercy is in theaters everywhere on Friday, January 10. 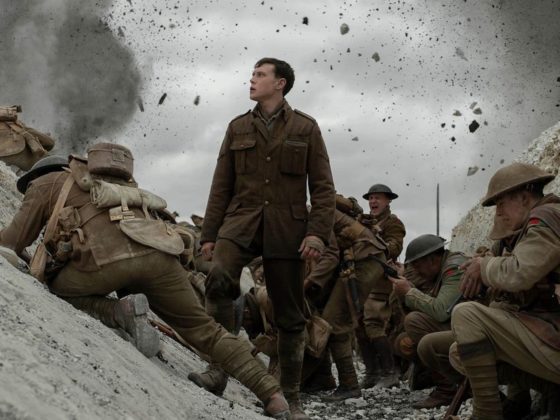 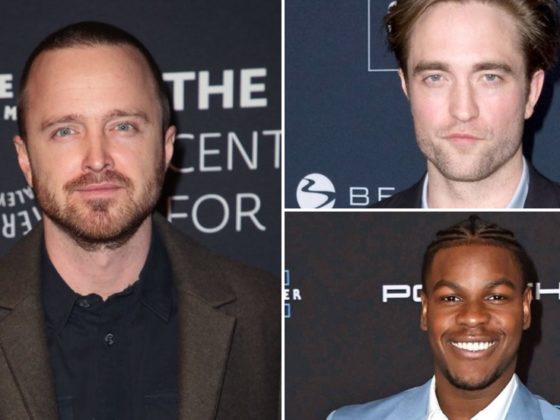 Kevin Max Asked Fans to Cast a Hypothetical DC Talk Movie, and They Did Not Disappoint