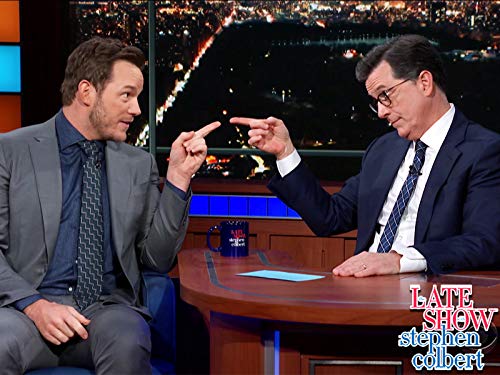 Stephen Colbert has overtaken Jimmy Fallon in the critical 18-49 demographic for the first time, as his ratings for The Late Show have officially climbed above those of The Tonight Show according to Nielsen. Colbert’s 0.54 rating among adults aged 18-49 is the first time he’s assumed first place over Fallon, who sat at 0.53 for his season as of last week.

The lead is slim. The 0.54 rating translates to about 692,000 nightly viewers for Colbert opposed to Fallon’s 686,000 in the demographic. (h/t The Hollywood Reporter)

A couple years ago, it was big news when Colbert became the overall viewership leader in late-night television, but these days, his total viewership is miles ahead of Fallon’s second-place ratings. Colbert’s Late Show averages 3.84 million viewers, a full 1.36 million ahead of The Tonight Show‘s 2.48 million. Overall, Colbert’s total viewership has remained more or less the same while other late-night shows have declined in ratings.

Industry analysts point to a number of reasons for the change. While Fallon dominates digital traffic (The Tonight Show‘s YouTube channel has about 20 million subscribers), the game-centered structure of his show might make for a less essential broadcast, while Colbert prioritizes current events coverage, incisive and politically-charged monologues and in-depth interviews with guests. While appearing on The Late Show is certainly a part of the typical celebrity press tour, Colbert takes a different tack with his interviews than Fallon’s gimmicky games and pre-packaged stories.

Colbert regularly engages with his guests about topics they don’t normally discuss, too. He spoke at length with Chris Pratt about the actor’s Daniel fast earlier this year, and when Jon Stewart came on toward the turn of the new year, they swapped places behind the desk and on the couch to discuss political commentary in the digital era.