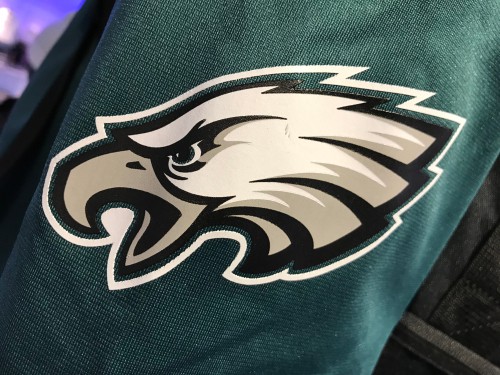 Fox News apologized after using photos of Philadelphia Eagles players kneeling in a pre-game prayer during a segment about the Super Bowl-winning team’s canceled visit to the White House, saying it was part part of demonstrations during the National Anthem.

After realizing the footage was completely unrelated to the National Anthem debate and being called out by tight end Zach Ertz, the network apologized.

Ertz and his teammates were shown kneeling in the photos during the segment, but they were not kneeling in protest. They were just praying.

Ertz took to Twitter on Tuesday morning, saying, “This can’t be serious. … Praying before games with my teammates, well before the anthem, is being used for your propaganda?! Just sad. I feel like you guys should have to be better than this…”

This can’t be serious…. Praying before games with my teammates, well before the anthem, is being used for your propaganda?! Just sad, I feel like you guys should have to be better than this… https://t.co/kYeyH2zXdK

The tweet alone exploded on social media, gathering over 83,000 likes and 33,000 retweets in less than six hours. By morning, the network had already apologized for their mistake.

Christopher Wallace, executive producer of Fox News @ Night with Shannon Bream, said in a statement sent to the Washington Post, “To clarify, no members of the team knelt in protest during the national anthem through the regular or postseason last year. We apologize for the error.”

Other players expressed their frustrations, one in particular being safety Malcolm Jenkins, who demonstrated last season by raising a fist while standing for the anthem. He tweeted an essay with the hashtag “#TheFightContinues.”

“Simply Google: ‘How many Philadelphia Eagles knelt during the national anthem last season?’ and you find that the answer is zero,” he wrote in part. “A similar Google search will show you how many great things the players on this team are doing and continue to do on a daily basis. Instead the decision was made to lie and paint the picture that these players are anti-America, anti-flag and anti-military.”

While the news outlet did apologize via Twitter, and took down the photos, defensive end Chris Long urges the outlet to go further.

“Fox News used the faith of Christian men dishonestly to push an agenda. That wasn’t an ‘error,’ but intentional and strategic,” he tweeted. “They’ve deleted the segment [and] apologized on Twitter, but many viewers don’t have Twitter. An on air apology to all Christians would be the classy move.”

And Now, the Most Awkward Local News Video of All Time