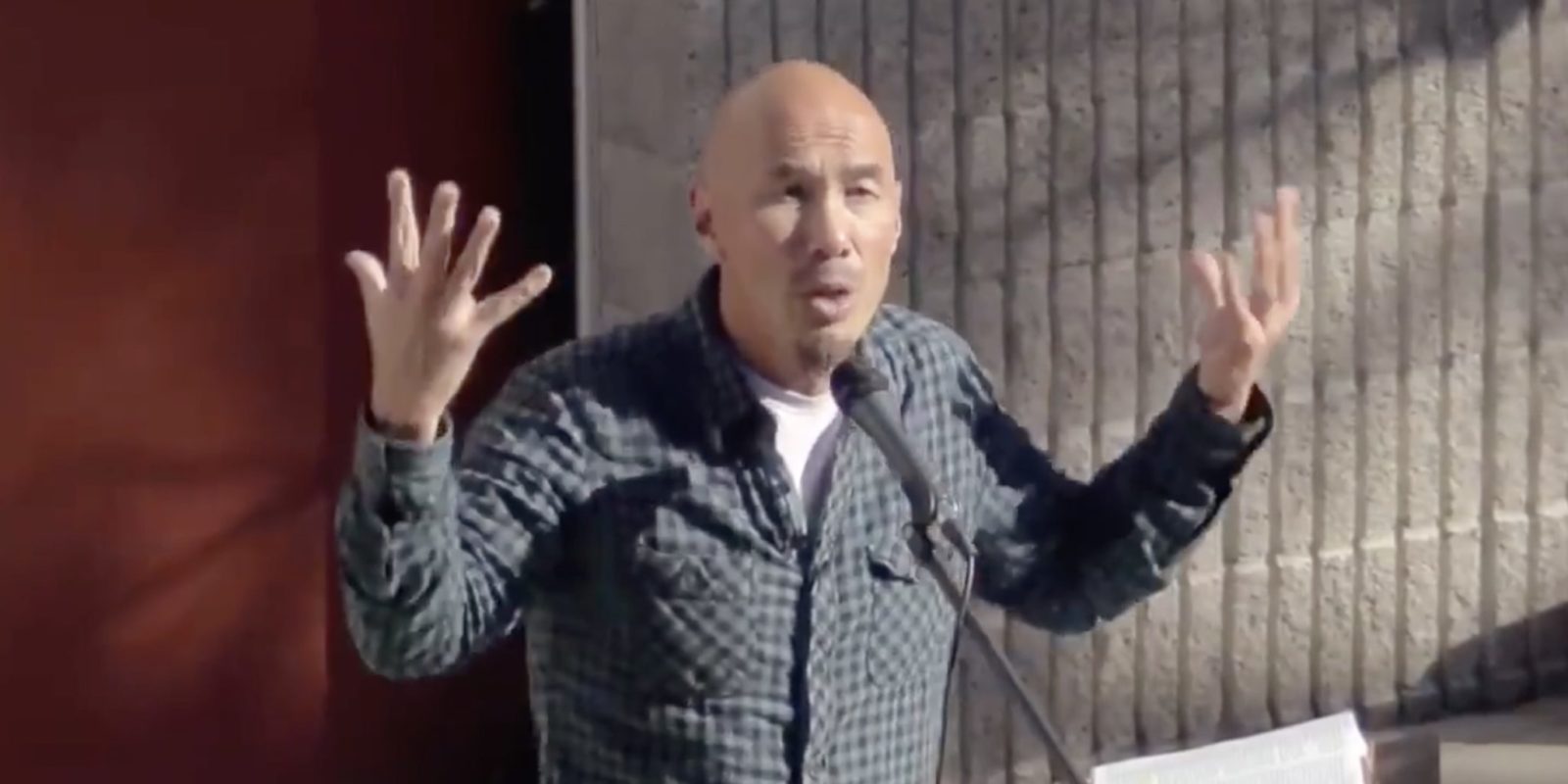 A clip of a Francis Chan sermon shared by online preaching resource account SemonIndex has caught some attention as it appears to show Chan acknowledging that, historically, the Christian view of communion was dominated by transubstantiation — the belief that the bread and wine of the Eucharist are the literal body and blood of Jesus.

“I didn’t know that for the first 1500 years of Church history, everyone saw it as the literal body and blood of Christ,” Chan says in the clip. “And it wasn’t until 500 years ago that someone popularized the thought that it’s just a symbol and nothing more. I didn’t know that. I thought, ‘Wow, that’s something to consider.”

Chan goes on to say that for most of Church history, pulpits were not used to church services in order to foster the notion of unity around Jesus, instead of around a person.

On communion, Chan’s history here is mostly correct. Throughout history, most of the Church held to the doctrine of transubstantiation. The belief did not meet significant, organized pushback until the 1500s, when the Book of Common Prayer popularized what’s known as the “Memorialist” doctrine of Communion among Anglicans, holding that the bread and wine were outward symbols of inward devotion.

Today, the Catholic Church holds to transubstantiation while there is a huge variety of theological interpretations among other branches of Christianity, ranging from the idea that Jesus is “spiritually present” to the elements to the belief that the bread and wine merely signify a time of remembrance.

Many social media users expressed alarm at Chan’s thoughts here, apparently fearing that he is bound for conversion to Catholicism. Chan himself gives no such indication, only noting that he’d recently learned something about Church history that is, as far as it goes, accurate.

Chan recently announced that he and his family would be moving to Asia to be full-time missionaries.

Jim Bakker: Supporting Trump Is a ‘Test to Prove Whether You’re Even Saved’