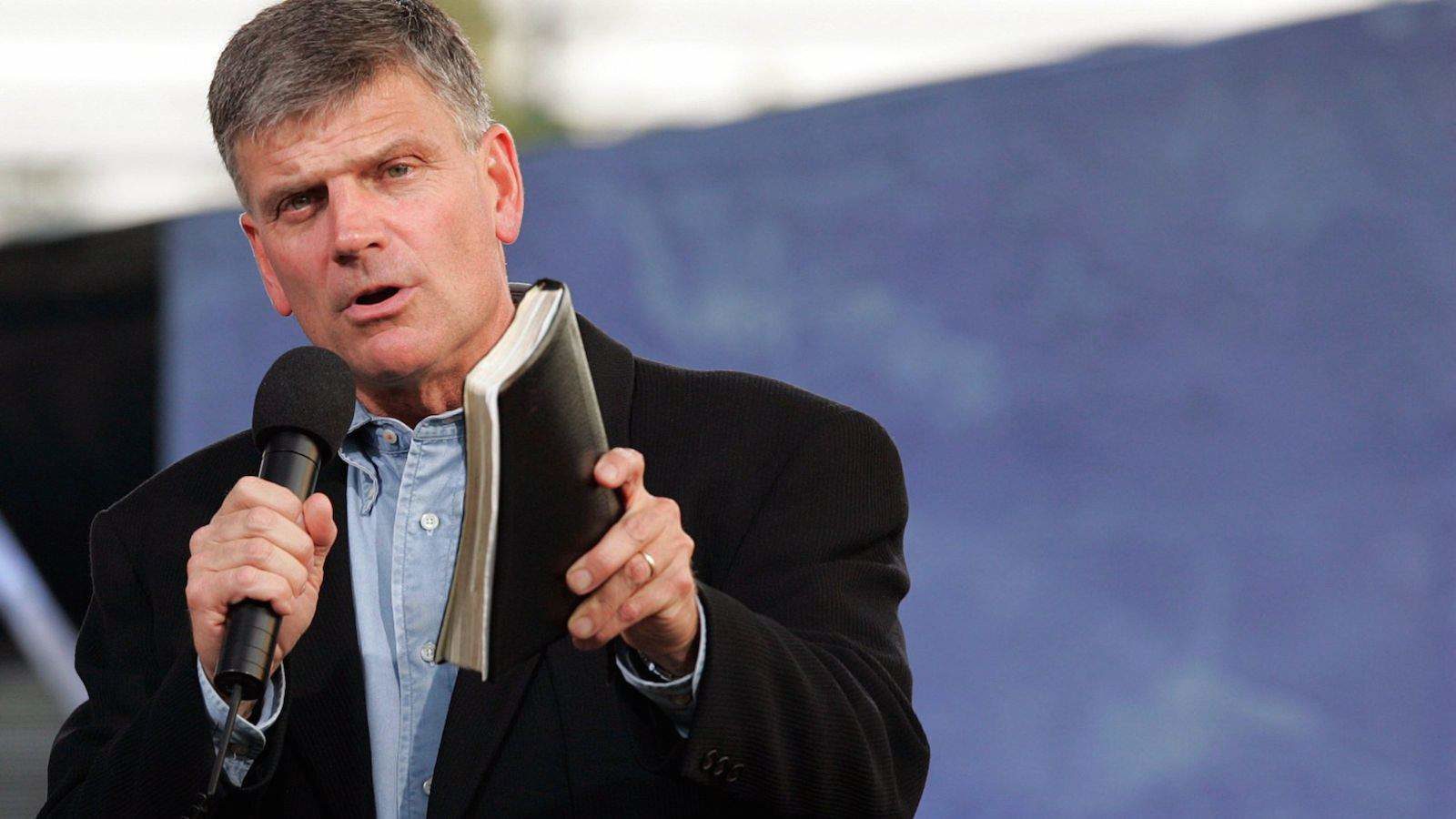 On Wednesday, the impeachment hearings officially went underway as the investigation into President Donald Trump’s alleged quid pro quo with Ukrainian officials went public. And as they did, some of Trump’s biggest evangelical cheerleaders tried to rally the troops to a spiritual defense.

When the impeachment trial first went underway, Franklin Graham took to social media to declare that “today is a sad day for America.”

“Our politics in this country has hit a new low. Nancy Pelosi and her followers in Congress have weaponized the impeachment process. After two years of the Russia collusion hoax, now they’ve turned to this,” Graham wrote.

“In my opinion, asking another country to investigate corruption is a good thing — not a bad thing,” he continued. “This is just another attempt to tarnish and embarrass the President before the next election. We have so many problems in this nation that need to be addressed. Instead the Democrats are fixated on only one thing — removing President Donald J. Trump from office.”

There were some surprising takeaways from the first day of the investigation. Early on, Bill Taylor, the top U.S. diplomat to Ukraine, revealed that he’d been told of a previously undisclosed phone call between Trump and Ambassador to the EU Gordon Sondland that, if true, would suggest the President was far more personally involved in the pressure campaign that has been previously alleged. That’s the sort of substantive, tangible bombshell Democrats have been looking for in some of their past, less successful attempts to catch Trump red-handed.

Republican leaders struggled to find a plausible defense against the testimonies. Rep. Jim Jordan tried to stress that the financial aid was eventually delivered to Ukraine without the investigation into Hunter Biden that was allegedly part of the deal, but that narrative doesn’t change the substance of the allegations. Republicans also pointed out that none of the men under oath had direct, firsthand knowledge of the conversations they were talking about, but that’s only because the people who would have firsthand knowledge — people like Mick Mulvaney, John Bolton and Mike Pompeo — had been ordered not to appear by the White House.

On Tuesday, Graham shared another, more succinct message on social media, in which he said that Tuesday was “a day of shame for America” and said that politicians investigating Trump were brining “harm to our country.”

In the closing of his social media missive, Graham said “As Christians, as those who follow and trust in the Lord Jesus Christ, let us pray throughout all of these proceedings. Pray for our nation, pray for our leaders, and pray for President Donald J. Trump.”

Uh, Paul Walker’s Character, Brian, Will Be In the Next ‘Fast and Furious’ Movie?

Study: More Than Half of American Christians Are Now Pro-Choice