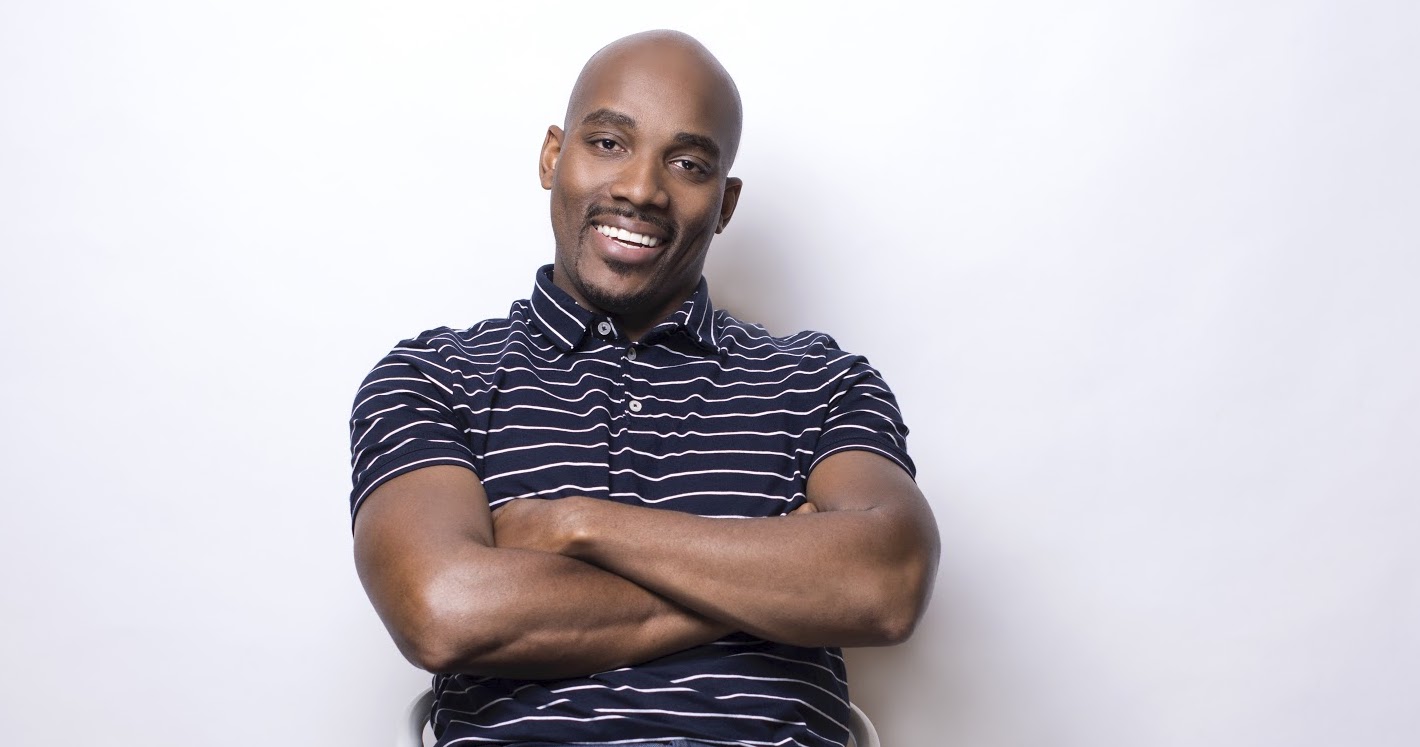 Today, Sam Collier is known as a pastor, speaker, writer who works at Andy Stanley’s North Point Ministries. But his first brush with the public actually came through The Steve Harvey Show, where Collier and his twin sister were reunited to their birth mother. It was one part of a long journey that included poverty, rejection and longing, and it ultimately taught him to trust God’s plan. Collier wrote about that story and the lessons he learned from it in A Greater Story: My Rescue, Your Purpose, and Our Place in God’s Plan, which is out this week.

Collier sat down with RELEVANT to talk about his journey to being an author and how he learned to rely on God’s providence even in the darkest moments of his life.

What was the origin story of this book? Why did you decide to write it?

My twin sister and me were on the Steve Harvey Show and reunited with our biological family for the first time after 25 years. They lied to us on the show and told us they didn’t find anyone and said, “We’re just kidding. Your mother’s here.” We showed that clip in the speech at North Point and talked about just the grace of God and how he can take your mess and turn it into a miracle.

Our story started in extreme poverty — a little bit of prostitution, a dad addicted to crack and drugs and left the picture. And then we were given up for adoption. My mother had three kids at age 21. Then she had five kids when she had me and my twin sister. She gave us up cause she didn’t have enough money to take care of the three. That’s the story.

What has it taken for you to work through not just what the story is, but why it’s important for other people to hear it?

I think you have your plans and then God has His. I never even thought that it would be a thing until I told the story for the first time and people started telling me how blessed they were by it. It’s been six years since I was on The Steve Harvey Show.

It’s still hard for me to watch that moment. The energy coming off of that and the hope that it provides that if God could do this for me, that he can do it for them in terms of just turning a mess into a miracle. The fact that He can even do miracles, just us reuniting us like that. Anything’s possible with God. He doesn’t do everything we want Him to do. We know that. But the idea that anything is possible. He is a Redeemer. He can redeem and that he does tell the best stories, is something that made me want to tell a little bit more and say, “You know what, I need to get serious about this because I think people are being impacted.”

Is it tough for you to share this on such a wide stage? Did it take learning to be a little more vulnerable?

What I found, in the beginning, is that everyone would come up to me and go, “Are you so happy to see your mother?” and “are you mad at Steve?”

I wasn’t necessarily mad at Steve. I was confused. It wasn’t this massive hole that was filled for me because I had parents that raised us in a Christian household, Black family, middle class and gave us everything that we needed. They put their life on the line, sacrificed so much for us and our adopted family, which is obviously our family, my cousins and my aunties and my uncles and all that raised us.

You want to do your due diligence to really pay homage to them and to show them love, while also accepting your biological family. That has been some of the difficulty around it.

What are some misperceptions people have about when they don’t feel like God is there or when they feel like they’ve been rejected by God? How can people who feel that way get over it?

A mentor of mine said that people leave the faith for two reasons and both of them have to do with unmet expectations. Either we make a promise for God that He can’t keep, or we think something about God that He is not and therefore He does not meet our expectations and we feel rejected or we feel that God doesn’t love me. He’s not for me.

If I ever feel rejected by God, I try not to assign that blame to him because I know that He’s not a rejecter. He loves us. He’s our father.

I try to check my theology when  I feel something is not consistent with what I have always believed Him to be. That‘s a red flag. It’s a flag that goes up that says, “Hey, there’s something that God is trying to teach you or there’s something that you need to learn about God that you may be missing. He hasn’t changed, but maybe you’ve hit a roadblock in your understanding and in your theology that is blocking you from a greater understanding of what God may be doing.”

God is always working, whether or not we can perceive it.

The core belief around that is that God is working everything out for our good. At the same time, we are living in a sinful world and that He has not promised us perfection but that He would be with us in the imperfection. He is working on a plan that is beyond our understanding, and we have to choose to trust and believe. I love the theologian that said, “I would rather go through this life with God than without Him.” Of course, it’s going to be difficult. But would you rather go through it with God or would you rather not have Him in your life? Sure, He could solve everything now, but He doesn’t. He gives us the strength in the moment to make it through whatever we’re going through. That’s the power. We’re not alone. He’s with us in imperfection.

You talk about the different ways God can rescue us. What do you mean by that?

He’s more about who we’re becoming and our health and our betterment then satisfying all of our desires. I love that His ways are not our ways. His thoughts are not our thoughts. He knows the beginning from the end. He’s the alpha and omega creator, which just simply means He knows better than us. There are moments where we will pray to God to do a certain thing and He does it because it was in line with His will. But then in other moments, He shifts to another thing and it’s for the same reason: because it was aligned in His will. It is choosing to trust that He knows something that we don’t.

I mean, the cornerstone of our faith is a voluntary death. It’s extreme suffering. It’s all great for us when we praise God and we go, “Thank you for dying on the cross for us, Jesus. Thank you for what you’ve done.” At that moment, God is good. He’s so good, He gave us His son.

But if He takes us through our cross moment, it’s forcing us to ask the question: do we really trust that His ways are better than ours? Or do we trust it until we don’t like it? And I think that’s the difficult part of faith. Do you want to be a part of what He’s doing and a part of his redemption plan for the world? The good news again, is that no matter what the suffering is, if He is with us in it, we will get through it. Even if on the other side of the suffering, we end up in heaven.

We look at the life of Dr. Martin Luther King Jr. who changed this world but lost his life. He was one of the biggest ministers and believers in Jesus. We love to lift up MLK and tell people to look at what God did through his life. But we don’t like to talk about the death. And that is the tension we live in in this Christian life. We have to take the suffering with the triumph while believing and knowing that He is good through it all and He will use it all. And we have example after example after example after example of how He’s done that.

For people out here going through dark moments — of which you’ve had plenty — what’s your expert advice?

God, no matter what, is in the redemption business.

We’ve spent a lot of time talking about suffering today, and I’m glad because it is a reality of this life that we live in. But that’s not the totality of the Christian faith or the Christian walk. It is a piece of it, but there is something greater available for all of us and that greater looks different for each and every one of us. Let’s believe that the greater is available for all of us, that God has a plan for you to give you peace, to give you joy, to bring restoration, to bring healing moments. Don’t spend so much time focusing on the suffering, that you miss the blessings that He wants to bring in your life.

I think if we can learn to hold these two truths with a light hand but also strongly, then God will get the glory out of our lives. He’ll bless generations. He’ll change the world. He’ll change our world. And our story will connect to His and it’ll lead to something greater. We might just, in the midst of that, find purpose in a way like never before.

I want to encourage you to give your life to Him and watch Him do things through you that you never imagined. While you carry the suffering in your left hand, you see the promise of the miraculous in your right. And together, they create a resurrection experience that the ages will come to know.

A Greater Story: My Rescue, Your Purpose, and Our Place in God’s Plan is available now. You can follow him on Twitter @SamCollier.