Last week, Facebook exploded with articles such as “What Chris Pratt Just Said About Christianity Has Him Blacklisted in Hollywood.”

When I first saw these, I was naturally curious. Wow. Chris Pratt, the star of a movie that made half a billion dollars in one weekend, has been blacklisted over what he said about Christianity? He must have just said something so extreme, so incredibly devout, that Hollywood would rather take a chance on another star than make billions.

As it turns out, the quote was from an interview from longer than a year ago, in which Pratt described what he and his wife went through when their son was sick:

“It restored my faith in God, not that it needed to be restored, but it really redefined it,” the actor further said. “The baby was so beautiful to us, and I look back at the photos of him and it must have been jarring for other people to come in and see him, but to us he was so beautiful and perfect.”

Cynical “Christian” clickbait sites are as bad as anything on the Internet. They troll the Internet and pop culture for things people are into, and then force a supposedly “Christian” perspective onto them just for clicks.

The hero worship of Chris Pratt is just the most recent example. Everyone loves Chris Pratt. I’ve loved him as the lovable Andy Dwyer in Parks & Rec. Most people really caught onto his greatness in Guardians of the Galaxy, and now he’s the star of the monstrous hit Jurassic World.

And yes, Chris Pratt said that when his son was sick, he and his wife prayed a lot and drew closer to God. That’s great! I was happy to hear that. But then, a full year after he made those comments, these posts appeared on Facebook with titles claiming he had said something so scandalous, it might ruin his career.

In reality, all he said was that it restored his faith in God when his son was born premature and survived. He didn’t say the word “Christ,” declare a belief in Jesus, or discuss Christianity. And no one in Hollywood has said anything about blacklisting Pratt.

I do not want to take anything away from this amazing story of the healing of Pratt’s child. And I desperately hope Pratt is a believer. Pratt is great, his wife is great. I’m sure his son is great. I’m not here to try to determine the salvation of someone I’ve never met.

But now we are left with the not-altogether-surprising fact that these supposedly Christian sites blatantly lied to us in order to get us to click on something. I don’t remember the apostle Paul tricking people into hearing his message. I don’t remember Peter walking up to the crowd at Pentecost and yelling “What Pilate just said about Jesus has Caesar ready to crucify him next!” in order to get people to listen.

If you take little statements out of context and then exploit them just so people listen to you, you are lying. Lying happens all the time on the Internet and in life. But the Scriptures command us not to lie. Exaggerating to get people click on a stupid BuzzFeed list isn’t necessarily damaging, but lying to attempt to convince people that a famous person is a Christian doesn’t further the Gospel. It furthers an “us against them” mentality where “Facebook Christians” can have more fodder to say “Yeah! Look at this guy you like, he’s on our side!”

Peter didn’t parade Paul around after his miracle conversion telling the non-believers how dumb they were. In fact, after Paul’s conversion, Paul was preaching so much that his opponents wanted to kill him, “So he went in and out among them at Jerusalem, preaching boldly in the name of the Lord. And he spoke and disputed against the Hellenists. But they were seeking to kill him” (Acts 9:28-29). Note that it doesn’t say Paul and his supporters were “taunting” the Hellenists. They preached boldly in the name of Jesus.

Taunting, lying, exploiting and misrepresenting gets people to click, but doesn’t point people to the Gospel, it just points people to your website.

This article was originally posted on scottbedgood.wordpress.com, and is used here with permission.

Scott is a staff editor and writer for ThriveWire, where he writes profiles, reviews products and does a weekly podcast. He lives in Dallas with his wife Samantha and is a graduate of the Gaylord College of Journalism at the University of Oklahoma. He really thought this blog post would be read by 30 of his friends. He still hasn't seen Jurassic World. 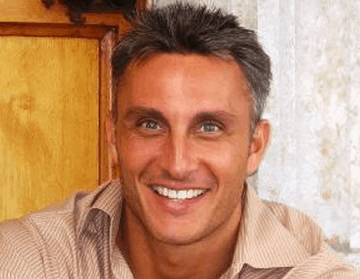 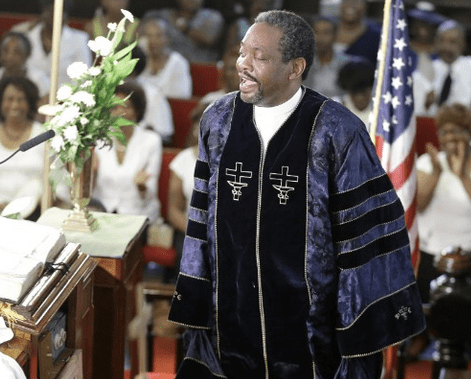 Charleston Sermon: ‘No Weapon Formed Against Us Shall Prosper’