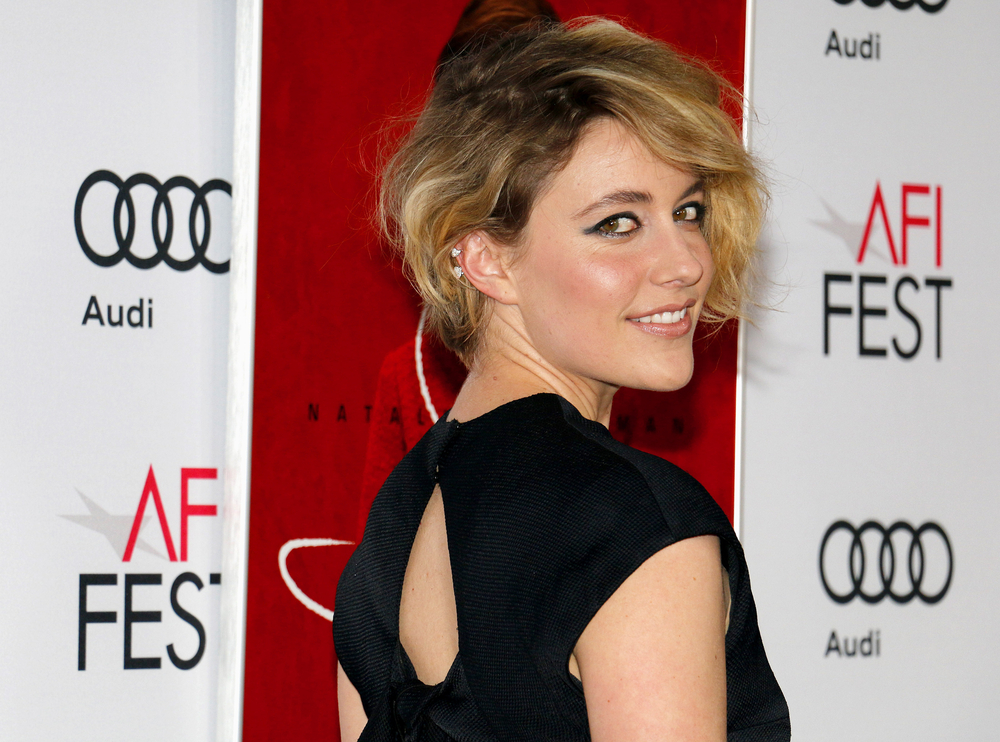 The Little Women press day took place in Concord, Massachusetts, which is about a half-hour and 200 years away from Boston. It’s one of the hallowed places in American literature, the home of Emerson, Hawthrone, Thoreau and of course, the woman of the hour, Louisa May Alcott.

On a bright, beautifully snowy morning in early December, I told the man at my hotel’s front desk that I was going to the Orchard House — where Alcott lived, wrote and set Little Women back in 1868. I asked if it was within walking distance from the hotel. “Well,” he said brightly. “Jo would have walked.” Fair enough.

I went to the Orchard House to meet Greta Gerwig, writer and director of this year’s wonderful adaptation of Little Women (you can read our review here). Here is our conversation about why this old fashioned book feels so revolutionary, why adapting the book was a Cubist endeavor and how Little Women is Jo March’s superhero origin story.

This conversation has been lightly edited for length and clarity.

Greta Gerwig: This is so much fun. It really is. I haven’t been with the cast for a while so being back here where we shot is very fun. I lived five minutes from here. Timmy [Timothée Chalamet, who plays Teddy Lawrence] lived five minutes from here. I spent six months living here all told. I’m very glad we’re doing press here. When they said we were doing it here I said: “will people come?” It’s very nice that they have.

It looks like a movie set and luckily, this is where we shot! You never stop making a movie in your mind, so as I was walking around today looking at everything I was like, “gah, I wish I could go back and shoot this.” [laughs] I’m always revising.

Did you ever consider filming somewhere else?

To me, it was always imperative that we shoot here. In the course of trying to figure out a movie, you do your due diligence and you make sure that it wouldn’t be cheaper somewhere else. But ultimately, the thing that was so special about this place was that when you point a camera at it, it’s just right. You don’t have to fix it.

So many houses are preserved just the way they were. The roads and the gates and the fences and the hedges. It’s like going back in time and it’s so useful as a filmmaker. We were making this beloved novel, that had never been filmed here, but because we were doing it here, things were opened to us that wouldn’t have been opened to us anywhere else. Like museums or natural parks. Things that you’re typically not allowed to shoot.

I do want to talk about production but I also want to hear about writing the script. Do you remember the first time you read the book?

That’s how it felt to me about the March family. It’s been a part of my interior landscape for as long as I can remember. I felt very connected to the material on the level. I don’t know that I would be a writer or director without it.

So Jo March gave you permission to want those things.

Totally. And it helped to know that someone had wanted them before. I wasn’t the first girl who had that kind of fire.

From the time when you first encountered Jo to going back to it now, does your perspective on her and the rest of the book change?

Definitely my perspective on it changes.  I hadn’t read it since I was 14 probably, and then I read it when I was 30. It was just shockingly modern. And shockingly messy and complicated in a way that I hadn’t remembered. When I was an adult, suddenly I was reading the section where they’re adults with completely new eyes.

The book was originally published in two parts: the first is the girlhood. It’s 1861 to 1862, Christmas to Christmas — it’s what people think of when they think of Little Women. And then the rest of the book is published several years later in their lives, and it’s about marriage and family and death. It’s the stuff of life.

What I found most fascinating was this question of, “How do we honor this younger self? How do we move forward? How do we recapture what’s going while still moving forward?”

I found it quite touching. This grown-up, magical childhood.

Yes! I was making it for both. I wanted to deliver on the pleasures of Little Women — what we think of. The coziness, the reading the letter by the fire. And I wanted to twist that and subvert it and to change it somehow.

That dual purpose ran through everything. It wasn’t ever to be ironic. It was to sincerely do the thing that we love and then also show it from another angle. In that way, I felt very much like it was a Cubist endeavor. I was trying to look at an object from several different angles at once. In that way, it’s both for 14-year-old me and 36-year-old me at the same time.

Was that scary for you? This book has a lot of fans who have a very particular idea of what the story should be like.

The thing that made me feel secure was I went back to the book as the primary text. I tried to take the language of the book, and the language that Louisa May Alcott used, and tried to change as little of it as possible. I also used her letters, her diaries, her other books, as well as letters from her family and diaries from her family. I wanted everything in the script to be footnote-able. I wanted every moment to have a corresponding reference so I could say “This is why this is here.”

I felt, as long as I was grounding what I was doing in fidelity to the source material, I couldn’t go wrong. Because I would be respecting what the core of it was, which are the words that Louisa May Alcott wrote. That was the source of it.

So much of Little Women the book is visual, which I’m sure is useful as a filmmaker. But tell me about parts of the story you wanted to tell that were more interior in the characters themselves, and just don’t easily leap from the book to a movie?

Yeah, that’s interesting. When adapting something for a film, you want to be very specific about what your project is. It’s not just that you’re trying to transmit the story. If that’s what it was, people could just read a Wikipedia page. It’s not just story transmission. It’s a spirit. It’s an energy. And to me, it’s this woman-ahead-of-her-time revolutionary energy that caused the viewer, the reader to look back on themselves and become inspired. That’s the thing that I was looking for.

I was looking for the thing that has inspired women for 150 years. Whether it was Simone de Beauvoir or Patti Smith or Elena Ferrante or Gloria Steinem or JK Rowling, what was the thing that made them say “Jo March is my girl”? I was asking “what is the essence of that that those women felt spurred on by, those luminaries of the twentieth and twenty-first century?

I was keeping to that instead of just distilling plot, so that was a big part of it. I love this book and I love the words and I love the construction, and there are whole passages that aren’t action and aren’t dialog, they’re just digressions, and it pains me that I can’t put the entire piece of text in. But I did try to get the entire feeling from those digressions into the film. I asked, “how do I let this inform the way these lines are said?”

What is that thing about Jo that you found, that’s inspired so many women — you included? What is her essence?

What I can speak to, in terms of Jo as a mythical character for women, I think she was the first of her kind in literature. She was the first writer. She was the first ambitious girl who wanted bigger things than the world was able to provide. And she was one of the first women with a lot of agency, even in the famous rejection of Theodore Lawrence.

By doing the thing that no one wants her to do, she’s declaring her autonomy. I think that declaration of autonomy and self-sovereignty and self-propulsion — it’s a superhero origin story for anyone who’s ever wanted to write.

It is amazing to see how well it’s aged. A lot of books written even ten or twenty years ago have grown–let’s say–problematic now. But Little Women doesn’t seem like it’d be something you’d have to tiptoe around in adapting for modern audiences.

No! The thing I did I try to remove was tying everything up in a bow. The first 10 chapters are more episodic with a lot of “lesson learned” feelings. I stripped some of that away. Even if they’re trying to learn a lesson, the inherent messiness is what makes it so interesting. The way these women fall short or mess up makes it so fun and so human.

But that striving to be a better person …it’s sort of amazing how it’s both old-fashioned to be moral and wildly new. It’s something we’ve abandoned in some ways.

The fact that Little Women is old fashioned makes it revolutionary.

Completely. It’s about …it’s about …people trying to be good people. And people being there for each other. And a real sense of what matters in life. And that’s not a value we hold up so much right now.

That question haunts me. What does it mean to be a good person in difficult times? And that can look very different for women — particularly for women like Jo.

What interests you more as a storyteller: adapting a story or writing your own?

I would never adapt just to adapt. I’d have to have something that I have to tell this way through this piece. I felt that with Little Women.

Did you approach the studio about it?

Oh yes. I re-read it and had an idea for how to structure it. I hadn’t done Lady Bird yet. I heard they were interested in meeting people and I told my agent “get me in that room.” It took some convincing, but they did hire me to do the screenplay. And then I wrote the screenplay, went off and directed Lady Bird, and they said “do you want to direct Little Women?” And I said, “yes, yes! It’s all I’ve been thinking about!”

I’m glad you got to.

[Little Women is in theaters everywhere on Christmas day].

Finally, We Know When ‘Game of Thrones’ Will Begin Its Final Season