Justin Bieber? Oh, please. Lady Gaga? Move on. These days, music’s surest bets are bands that look like they wandered off the set of Cold Mountain. The guys are decked in long hair, bushy beards and suspenders. The girls have flowers in their hair and, likely as not, no shoes on their feet. Telling which banjo-strumming, boot-stomping, sepia-toned music act is which is a daunting challenge for even the most seasoned music-lover. But never fear. Just commit this handy guide of “How to Keep Your Indie-Folk Bands Straight” to memory, and you’ll never get lost.

The Head and the Heart

You can’t miss them. There are approximately a million people in the band. They barely have room on stage for all their unwashed, Urban-Outfitters-approved, indie-band, male tank tops. 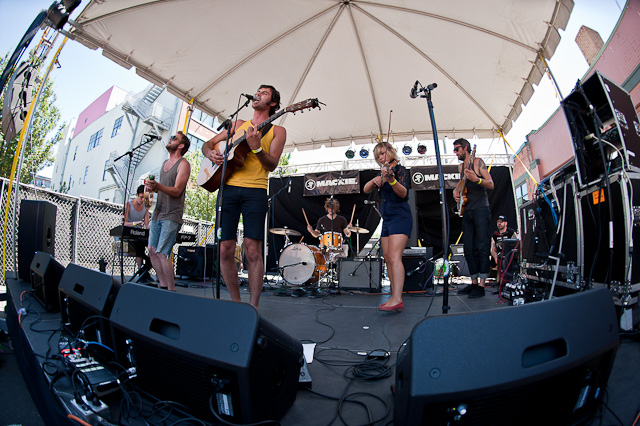 They’re exactly like the Head and the Heart, but with less people and more commercials.

Check the volume. If the song starts off so quiet you can barely hear it and then ends up breaking your speakers, you’re listening to Mumford. Also, one of them’s married to Carey Mulligan. Also, look, if you don’t know Mumford, there’s no way you’re even reading this right now.

Of Monsters and Men

For experts only. These guys are very difficult to tell apart from the Head and the Heart, but they are from an Icelandic city that no one in the Head and the Heart can spell. Also, listen to the lyrics. No other band on this list will sing “Howling ghosts they reappear, in mountains that are stacked with fear, but you’re a king and I’m a lionheart” anytime soon.

They have a telltale habit of recording in old barns instead of music studios. (Just kidding. Every band on this list probably does that.)

Does Taylor Swift Ever Sleep?

You remember the Shins. They were the only reason you watched Garden State, and everyone stopped listening to them after Zach Braff stopped blogging about them.

Easy. No beards. (As of this writing.)

To our knowledge, the only indie-folk band to model for the Gap.

Mark Zuckerberg Will Throw a Fancy Party for Chris Christie