Hailey Bieber has no tolerance for haters.

The 25-year-old model shared a post to her Instagram Stories condemning antisemitism and hate speech, seemingly calling out Kanye West over his harmful remarks about the Jewish community.

“You cannot believe in God and be anti-Semitic. You cannot love God and support or condone hate speech. To love God is to love people. ALL people,” she wrote. 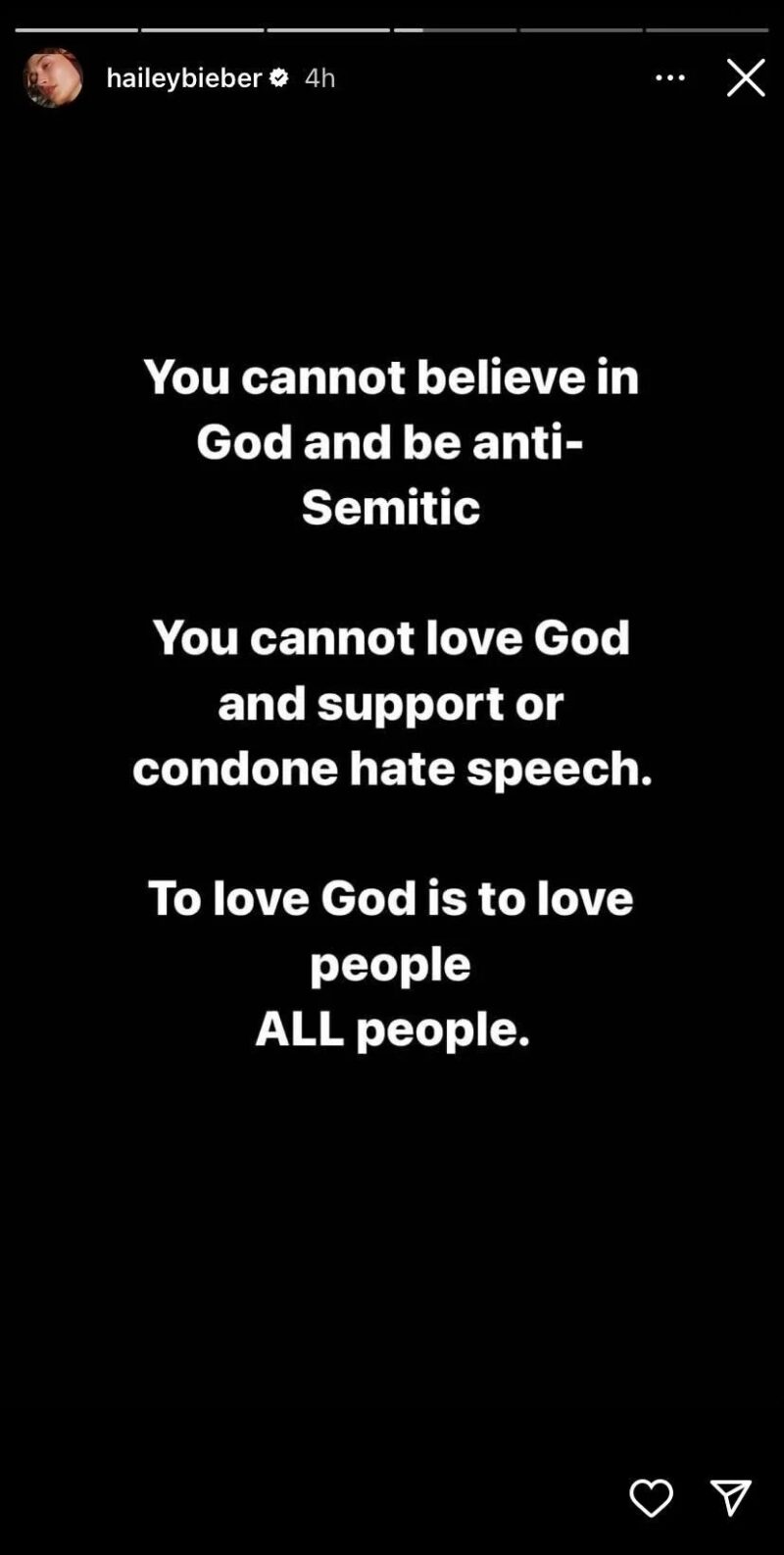 Bieber is the latest celebrity to denounce antisemitism in the aftermath of West’s comments. And it isn’t just celebrities taking a stand against him. Earlier today, Adidas announced it was ending it’s decade-long partnership with West, following the footsteps of other companies like Balenciaga and CAA who have also cut ties.