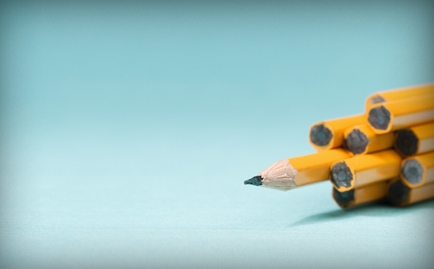 “Do you think we’re going to make it?” I asked Brad from the backseat. We had just dropped a porn star off at her family’s trailer and were now driving a rented minivan through the back alley maze of downtown Los Angeles on a rainy January night, trying to find a place to eat. Brad, the only one of us who had any experience in managing LA traffic, was in the front seat with my friend Jon. Jon’s wife and I were in the backseat, and we were all interested in Brad’s answer. Because he was also the only one of us with any experience in making television.

“I don’t know,” he said, while the wipers squeaked. “I really don’t. The show is good, but so many Christians …” Here he paused for a second to look at the map. We were lost.

“So many Christians are just addicted to the same old crap.”

Before Los Angeles and the television show, I was just another artsy Christian in a cool Chicago church, blogging furiously about the desperate state of faith-based art in America. I was newly graduated and as well-versed in Rob Bell as I was in Radiohead. I had gone to a Bible college just conservative enough to make me a cynic by senior year, and I had seen just enough interesting films to give me an insufferably “unique” perspective on religious art.

Christian art was too simplistic, too willfully ignorant of the world’s suffering. It was too eager for happy endings and warm sentiment, too ready to resolve any conflict with a Bible verse and a Sinner’s Prayer. Christian art was clichéd and airbrushed, afraid to show sin in all its distressing aesthetic glory. It was black and white. It was intolerant. It was ethnocentric. It was one-dimensional. It was cheesy. It was prone to misguided attempts at being vaguely “edgy.” It was childish. It was boring. And, above all, a lot of it was just plain stupid

Now, although I stand by a lot of those criticisms, I’m no longer convinced that having them makes me any sort of Christian art prodigy. But a few years ago, when I and a group of my friends were given the chance to make some faith-based art of our own—specifically, to create a spiritually in-tune television show—didn’t think it’d be too hard.

As the show’s writer, I figured all I would have to be is real and authentic and relevant, and from there, it would virtually write itself. That was actually the plan: travel the country finding interesting stories and tell them honestly. It was the opposite of the canned religious format. We wouldn’t be afraid of messy endings; we’d make nothing off limits; and we’d just see where God showed up in the thing. We called it Footnote, bought a few cameras and took to the streets, confident that the revolution had begun and we were its George Washington.

It’s nothing new for the generation with the freshest diplomas to think it has some secret wisdom on how to fix the world’s problems. And it may not be new for them to do it with my brash arrogance either, although I don’t know about that. But I do know (now) that jumping in with all the answers means making a lot of mistakes.

I’m starting to think that my snarky disregard for the art that came before me wasn’t much better than those Christian Summer Camp bonfires they used to have for Slipknot and Wu-Tang Clan CDs. I was trashing somebody else’s work simply because it didn’t square with my idea of spirituality. It’s not like I don’t have good reasons to do so (those camp leaders may have had some of their own) but scathing blogs about the sad state of religious programming and late-night dorm room chats about what a disaster the Left Behind movie was don’t take into account that idle criticism is at least as trite and simplistic as bad art, not to mention much lazier.

I’m not saying we shouldn’t criticize bad art when we see it. On the contrary, I wish more people would do so. What I’m trying to do is put an end to the backseat driving: the imagining that we could fix all this if someone would just listen to us. I might have some good ideas, but if all I ever do is wonder why the people behind Fireproof can’t get it right, then I’m like an overweight Colts fan screaming at Peyton Manning to throw the ball harder. The only thing easier than doing a bad job is criticizing it.

And that’s what I found out when we went to make a television show—our raw, honest television show that presented spirituality in an authentic way. It wasn’t easy at all. At times, it was impossible.

In fact, the first time we sat down to watch the first cut of our pilot episode, we hated it so much that we cried. And although we eventually created something that we’re very proud of, it took a lot more than we thought it would. Frankly, it took more than we thought we had. More money, more time, more talent, more energy, more creativity and more patience. And there were times when I looked back over all the old Christian movies and television shows that used to so unfailingly trigger my gag reflex and found myself wondering, “How on earth did they do it?”

And I won’t say that there aren’t still certain books or television shows that don’t make my eyes roll so hard they’re in actual danger of popping out from my head. But I no longer see them as the enemy. My enemy is despair, boredom and cruelty. My enemy is apathy. And the enemy of my enemy is my friend, however out of touch or clichéd I might find them to be. And together, we’ll get this Christian Art thing to work. Somehow.

Tyler Huckabee is the head writer for Footnote, which will be airing on WGN this fall. He’s also a regular contributor to Stereo Subversion, Tandem and tinkers around on a blog.