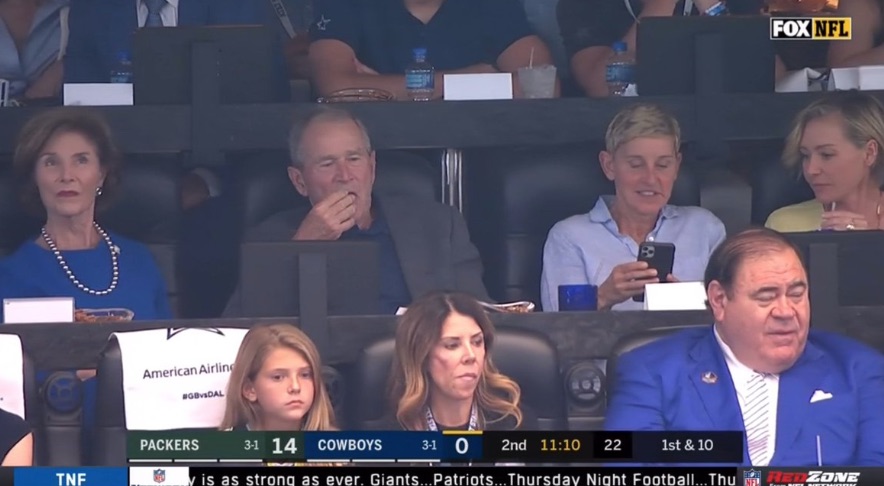 If you watched football this Sunday, you may have seen former President George W. Bush exchanging some laughs with Ellen DeGeneres at the Cowboys game.

The clip from the game went viral, and some of her fans took to Twitter to express their disappointment that she would be hanging out with someone who has such different views on social and political issues and holds different values and beliefs.

On her show this week, she responded to the criticism.

She explained, “Here’s the thing. I’m friends with George Bush. In fact, I’m friends with a lot of people who don’t share the same beliefs that I have. We’re all different and I think that we’ve forgotten that that’s OK … When I say ‘be kind to one another,’ I don’t mean only the people that think the same way that you do. I mean be kind to everyone. Doesn’t matter.”

You can see her full response here:

Um, Is This Church Drummer OK After This Crazy Worship Mishap?

So, Pat Robertson Says Trump May Lose His ‘Mandate of Heaven’