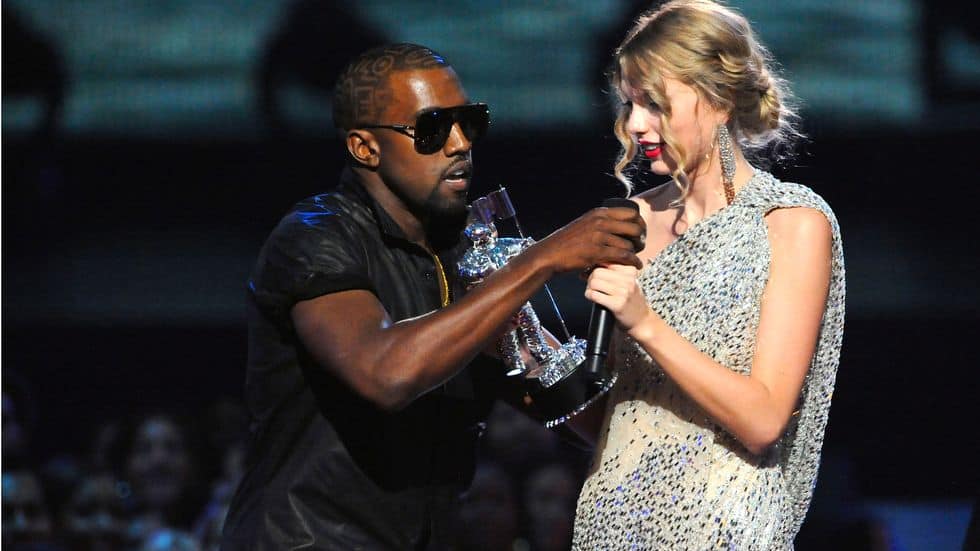 This morning, Kanye West called in to Steve Harvey’s radio show, Steve Harvey in the Morning. And because it was a Kanye interview, he basically talked about everything—Vulture called it Kanye’s TED Talk. The “conversation” even landed on Kanye’s infamous interruption of Taylor Swift at the forever-ago VMA awards. This was the big moment of the show, because Kanye shed new light on why he didn’t let T-Swift finish her speech. You see, he had to stop her; it was activism. And it has something to do with bringing MTV to justice, but that part isn’t as clear. Here’s what he said (as transcribed by Vulture):

As soon as Britney shaved her head and they saw the money going down, they had already marked what that award was gonna be that night. But they didn’t expect no activist that had just lost his momma a year [earlier] sitting there with a bottle of Hennessy. The only reason why I drank the Hennessy in the first place was because I said, ‘I’ma have to just get drunk to deal with all the lies I’m about to see.

It was his duty to society. What was Ye supposed to do?