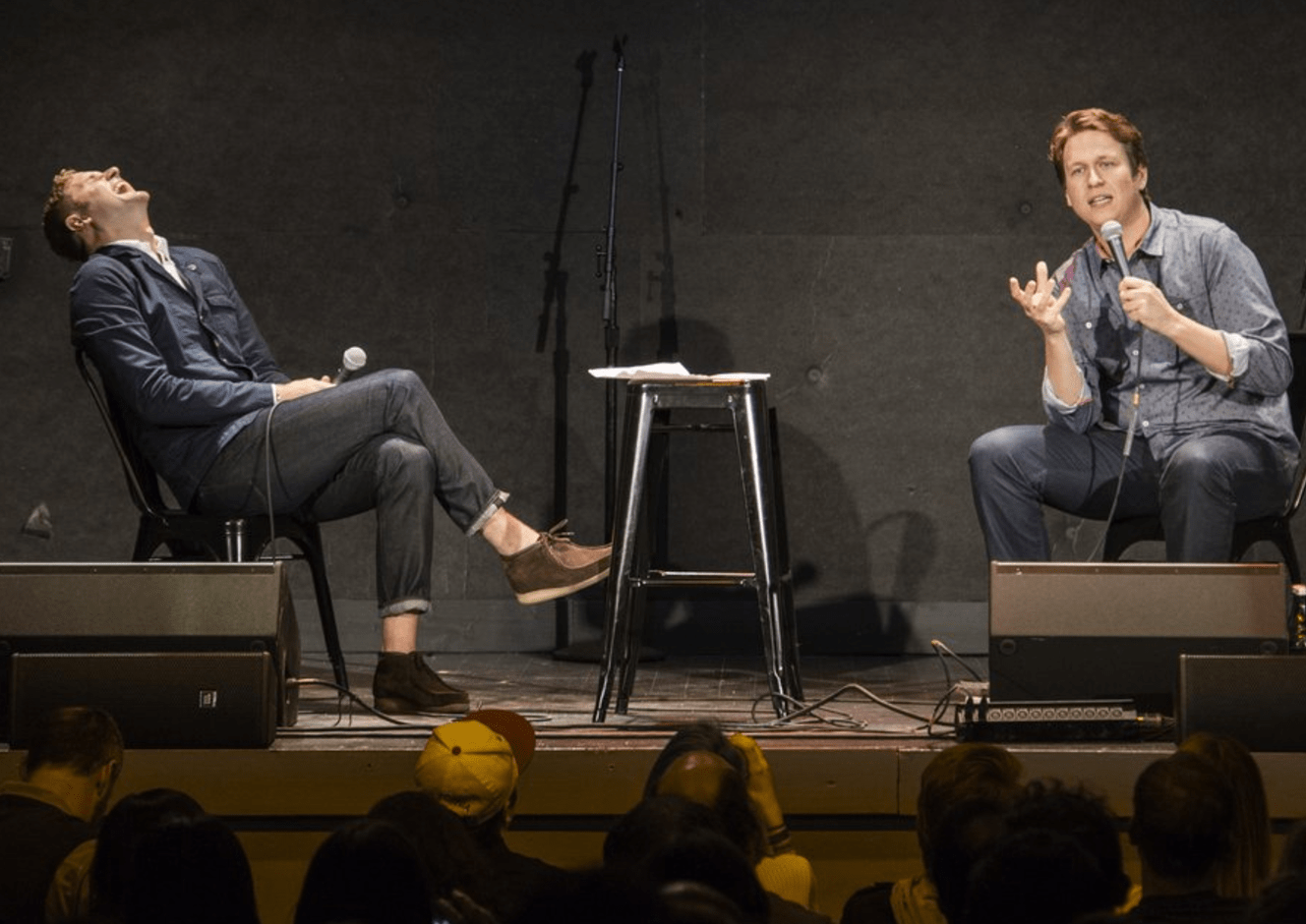 This week, writer and pastor Rob Bell returned to Pete Holmes’ You Made It Weird podcast, and like the last time he was on the show, the discussion is a fascinating look at spirituality.

The comedian and Bell have become good friends in recent years, and even perform hybrid sermon/comedy shows in L.A. from time to time. Holmes even credits Bell’s writing in helping him during a difficult time in his own faith.

Holmes recently explained to RELEVANT: “I used to just want so badly to have afterlife insured and make sure I was going to heaven. Then someone like Rob comes along, and  is like, ‘You’re like you’re asking the wrong questions! You’re thinking about this the completely wrong way!’ It’s far more intoxicating, enlivening and exciting.”

Bell just released his new book, What Is the Bible? How an Ancient Library of Poems, Letters, and Stories Can Transform the Way You Think and Feel About Everything.

Even if you don’t agree with their own perspectives or theology, the discussion is a fascinating take on the Bible and faith.

Pres. Trump Just Announced That He Is Pulling America Out of the Paris Climate Accord

How Pentecost Sunday Changed Everything