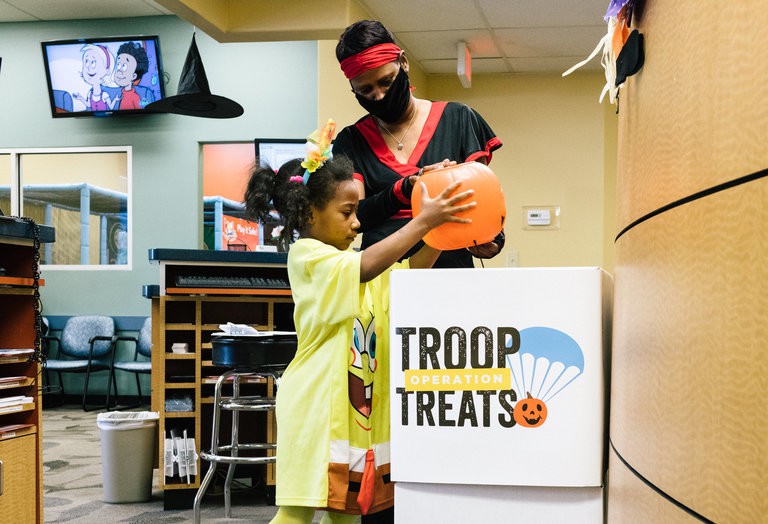 It’s the day after Halloween and we have one question: Where did all of the candy go? Just yesterday there were pounds of sugary treats lining the shelves of every grocery store in sight and this morning the sweets have already been replaced with other fall-themed snacks. Even if some of that candy ended up in the pillowcases of trick or treaters, there is actually no way the estimated $2.7 billion America spent on Halloween candy this year was consumed by those kids—though it would explain America’s obesity epidemic.

And so, we ask again: If we’re not eating all of the candy, where is it all going? According to The New York Times your Halloween candy may be ending up in the hands of your dentist.

Say what?! What are the crusaders against cavities going to do with all that sugar? Apparently, dentists have been cashing in on Halloween candy for years by running buyback campaigns in an effort to eliminate the excess Halloween candy from kids. Smart, right?

In addition, most dentists actually resell the bags of candy in order to raise money for various social causes, but the donating doesn’t stop there. The Times also reported that some dental offices collect candy donations for military care packages:

Operation Gratitude, which started collecting leftover candy in 2007, is one of several support-the-troops organizations that bring military-level logistics to the task of gathering, sorting and redeploying literal tons of leftover candy.

…
Volunteers use it like packing peanuts, tossing handfuls into care packages to cushion the other items, which include things like toiletries, knitted scarves and hats, DVDs, games and letters.

The soldiers who receive the packages eat some of the candy themselves, but often, it is also distributed to local children in the communities where troops are deployed.

The troops often use the candy to build a relationship with the children in the community.

Remember, Our Hope Isn’t in the Election