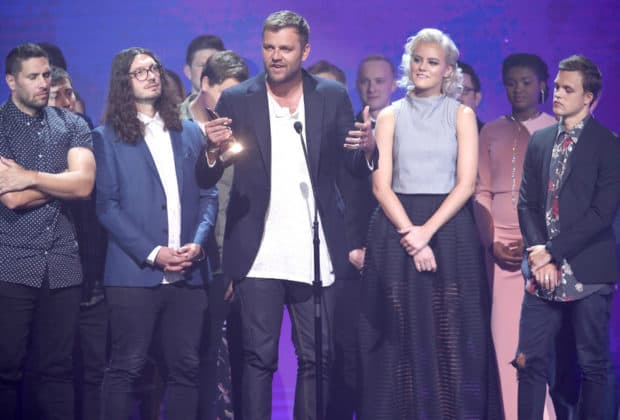 Austrailia’s Hillsong United received their first AMA for Favorite Artist award in the Contemporary Inspirational category after being nominated for the third year in a row.

This has been a huge year for Hillsong. They also won the Billboard Music Awards for Top Christian Artist and Top Christian Song for “Oceans (Where Feet May Fail), otherwise known as the tune you’ve memorized after hearing it on loop each Sunday.

A documentary about Hillsong United, “Let Hope Rise,” also hit theaters this year. Their latest album, “Of Dirt and Grace: Live From the Land” was released as a visual album filmed across Israel earlier this year, too.

The crew just wrapped their US tour and are on to Israel next.

We’ll be listening along.

Diversity in the Church Matters More Than Ever

There Are Now 26 Million Orphans in West and Central Africa