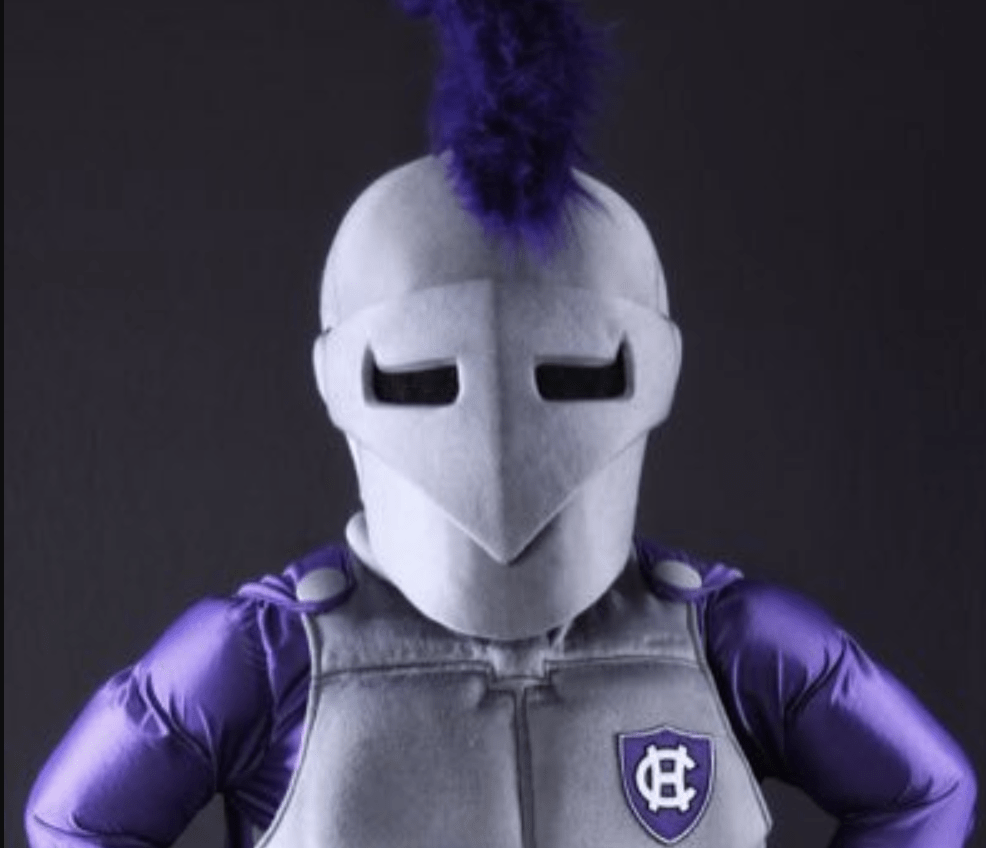 Though Holy Cross sports teams will still be known as the Crusaders, the school is officially dropping its knight mascot.

In a statement, the school’s president, Jesuit Father Philip L. Boroughs, explained, “For some, knight imagery alone could convey nobility, chivalry and bravery. However, the visual depiction of a knight, in conjunction with the moniker Crusader, inevitably ties us directly to the reality of the religious wars and the violence of the Crusades. This imagery stands in contrast to our stated values … Moving forward, the College will use the interlocking HC on a purple shield, currently the secondary athletics logo, as the primary marker for all athletic teams, uniforms and advertising.”

The school is also “retiring” Iggy the Crusader, the mascot that is frequently seen on the sideline of games.

Weirdly, the school is keeping the name “Crusaders,” despite efforts from a bunch of students and faculty members who asked the administration to change it.

Any time a mascot or school name is changed, it’s met with backlash, particularly with people concerned about the overreach of political correctness. But, in a time of unprecedented religious violence—Christian persecution has never been more widespread, and Muslim communities around the world are frequently targeted by radicals and terrorists—celebrating a symbol of religious violence isn’t just misguided; it sends the wrong signal about Christianity.

Jesus is the “Prince of Peace” who calls us to love our enemies. Yes, Iggy the Crusader is just a symbol, and on the surface, is relatively harmless. But symbols matter. They hold meaning. There’s a difference between bowing to political correctness and objectively looking the underlying message that a mascot is sending.

Holy Cross might face criticism over the move, but it was the right one.