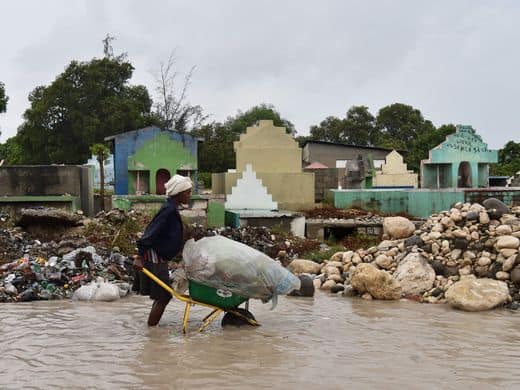 A category 4 hurricane made landfall in Haiti with over 145 mph winds, uprooting trees and threatening the homes of thousands with torrential downpour. In the areas along the hurricane’s path, many live in shacks along the coast or in homes constructed by concrete blocks.

According to the country’s Civil Protection Agency, Hurricane Matthew caused major damage, although the extent is not currently known. Approximately 400 homes have been destroyed by the storm in the last 12 hours.

Haitian authorities instructed people to evacuate but many were reluctant to leave their property behind.

The hurricane is expected to bring 15-25 inches of rain, and up to 40 inches in more isolated areas with up to 10 feet of battering waves.

Rick Knabb, director of the National Hurricane Center has advised Floridians to prepare for the storm to hit the state. Florida Governor Rick Scott urged residents along the Atlantic coast to prepare for a direct hit.

Chris Pratt Is the Kind of ‘Christian Celebrity’ Culture Needs

Research Shows That Mom Was Right, You Should Probably Just Be Yourself