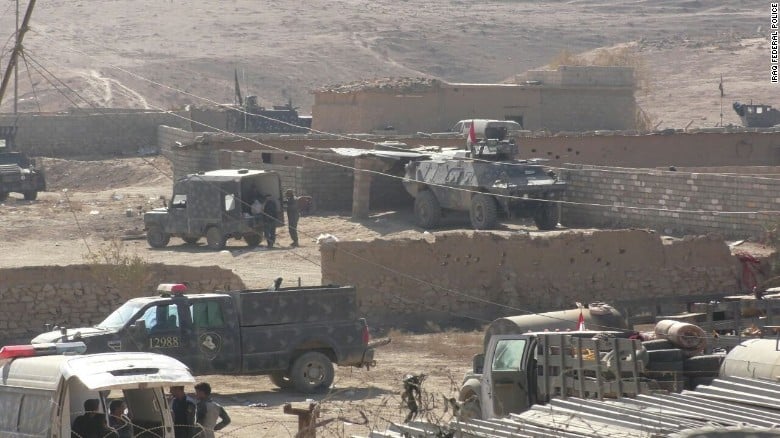 A mass grave with about 100 beheaded people has been found south of Mosul, according to a statement from Iraq’s military.

The gravesite was found at the School of Agriculture in the town of Hammam al-Alil, which was taken back from ISIS right before the discovery was made.

An investigation will be conducted to determine whether the bodies are soldiers or residents of the city. Beheadings has been the signature of the terror group.

Also in Hammam al-Alil, the United Nations warned that ISIS was taking young boys, as young as 9 years old, to have them fight on their behalf as Iraq continues to fight to retake the country from ISIS.