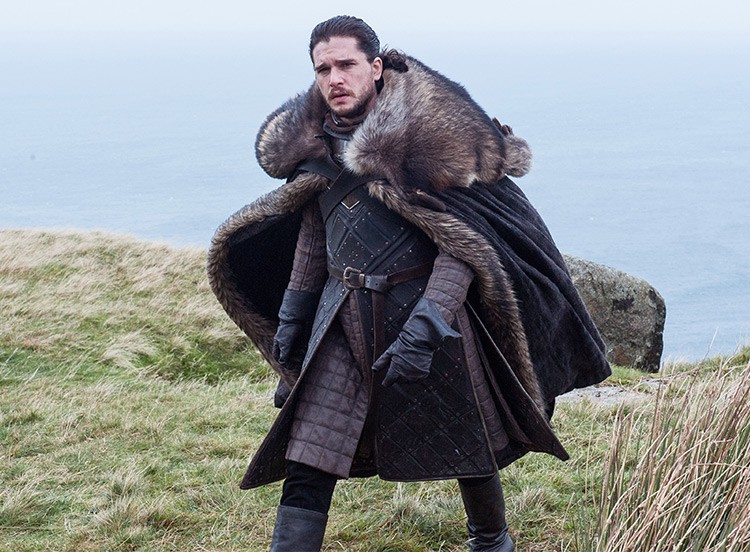 Our culture consumes media without discretion. We fall in love with entertainment and think about it later. Enter Game of Thrones, HBO’s giftwrapped fine wine to a culture that loves to get drunk on spectacle. A few glasses in and the lines between what is praiseworthy and what is debasing begin to blur.

Many Christians decry Game of Thrones for its gratuitous sex and violence, and John Piper even suggested Christians who watch Game of Thrones are “recrucifying Christ.” Like most movies or television shows with explicit content, Game of Thrones tends to polarize the Christian audience: “How can Christians find pleasure in an overtly nihilistic show that glorifies sin and revels in debauchery?”

Some Christians opt to throw the unopened bottle of wine in the trash, avoiding all engagement with the show. However, fixating on a handful of scenes and demonizing the rest of the show would be an unfortunate dismissal. Knee-jerk reactions of rejecting the whole based on the parts can result in throwing the baby out with the bathwater.

But can truth and beauty be found in this carnal, Machiavellian fantasy? A holistic evaluation of Game of Thrones may surprise you.

God created the world according to His own will design and called it “good.” It was aesthetically good.  He then made man in his image and called it “good.” As image-bearers of God, it reasons then that objective aesthetic values are embedded in God’s creation and shown through human inventiveness and creativity.

Aesthetic excellence should be a pointer to objective beauty and worthy of praise. As Christians encouraged to “think on these things,” the depth and genius of George R.R. Martin’s imaginative world calls for our admiration. And when complex characters and narratives are coupled with production values that would make summer blockbusters blush, it seems unreasonable to write off the show completely as a corrosive influence.

Ultimately, the hang-up for most is the show’s graphic content. Just because a show contains perverse behavior does not make the show itself perverse. Obviously, HBO’s agenda does not include making a show that is God-honoring, and, true, there are excessive scenes not essential to the plot or needed for redemptive resolutions. However, a conscientious Christian can simply use discretion and avert their eyes at opportune times.

Yes, there is a lot of ugliness in Game of Thrones, but there is also some truth and beauty.

It is much easier to consume tidy stories with sanitized narratives and Photoshopped versions of the human condition, but that’s not an accurate depiction of reality. We live in a fallen world, totally depraved, and full of wickedness. Game of Thrones depicts just that.

For a show where villains and heroes operate within an amoral universe, the protagonists are saluted for using a moral compass as their guide: fighting injustice, helping the oppressed, and valuing virtue over vice.  For a show that paints ugly pictures of how broken the world is, there’s a surprising amount of beauty: magnificent visuals, arresting cinematography, and aesthetic excellence. For a show that says objective morality does not exist, the audience is inspired to celebrate when evil is defeated. For a show filled only with fictional characters, they strangely resemble you and me: constantly conflicted with the world in which we live. For a show that says goodness is only in the eye of the beholder, there’s universal goodness worth fighting for.

For a show that markets hopelessness in a wrecked world, the virtuous few ache for a return of goodness to the Throne.

If you do engage Game of Thrones, do it with spiritual awareness, thoughtful discussion, and intentional discernment.

Justin Hunt is the Creative Manager at Christ Presbyterian Church in Nashville, TN.