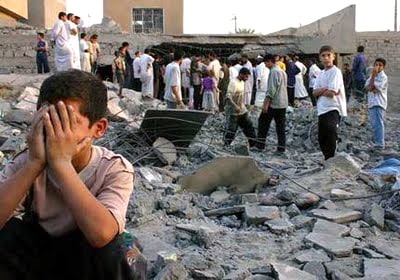 Citizens in the ISIS-held city of Fallujah (not far from Bagdad) are struggling to survive, according to the Washington Post. They’re struggling because the Islamic State refuses to let families leave even though food and medicine supplies are dwindling. For the past two years, ISIS has controlled Fallujah, and now that Iraqi forces are leading a siege against the militants, food and medical supplies can’t get to the town—and trapped citizens are beginning to starve. The U.N. deputy special representative to Iraq, Lise Grande, said, “The humanitarian situation in Fallujah has deteriorated dramatically in the past few months. We are deeply worried about unconfirmed reports that the situation is so bad that people are perhaps dying.”

A Fallujah resident who spoke to The Washington Post anonymously for fear of IS relation, explained that people have resorted to eating a gray-colored bread made from grain and birdseed since no flour or rice is available. Yards have been turned into vegetable patches, and residents are growing what they can, he said. Since the phone lines have been cut, he spoke via Internet voice call and added: “We are frustrated, desperate and afraid. There is hunger, lack of food and lack of medicine. On a normal day, the thing I eat most is dates. And soup made from water and onions.”

Check In to This Hotel Run by Refugees