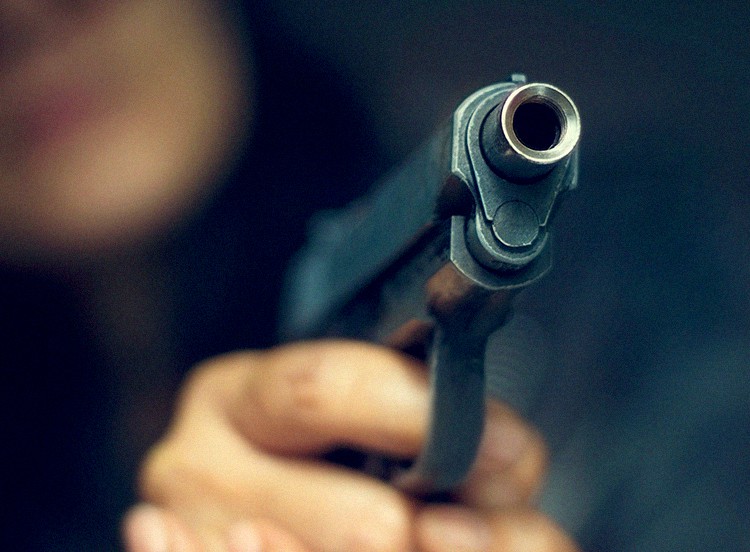 Here we are again.

You’re reading the latest article grappling with the most recent public shooting in our nation, and we’re asking the same questions about gun violence. I’ve said these things before. You’ve read them before. The questions aren’t new to us, but every time this happens—the first shots, the events unfolding in alerts and sentence fragments, the aftermath in real time—the questions become more perplexing. Why? How? What’s to be done?

Our pastors are reluctant to talk about it—a reality this magazine has detailed at some length—yet without the clarity of a biblical edict, it seems talking about the problem is the best we can muster. At the same time we must admit that talking about it has yielded few results and no concrete solutions. We’ve reluctantly agreed to disagree, and in doing so failed to produce a meaningful result as a body united in spirit.

The time has come, and it is overdue, when we must yield to the fact that talking about gun violence isn’t actually helping to solve the problem—that people in our communities face death at the barrel of a gun in far greater numbers than in nations with similar cultures, customs and beliefs. “The conversation” has been had, and the situation remains as dire as ever. If the Church is intent on effecting a positive change within its culture, then action must be the result.

What would a roadmap for the Church’s response to gun violence look like? Let’s consider the steps the Church must take—not merely at the congregational level, but at least—to begin offering solutions to the problem of gun violence in our communities.

Recognize guns for what they are: tools of violence.

In this interview, evangelical leader and president of Faith and Action Rob Schenck explains his firearms instructor’s view that unless one is prepared for a circumstance where they will be willing to shoot and kill, it’s better he or she not carry a gun. Schenck recognizes that the primary purpose of a gun isn’t for self-defense—that in fact carrying in self-defense means to accept the destructive nature of a firearm.

Beginning with this bare fact is helpful because it helps us to resist engaging primarily in speculative exercises like asking whether an armed citizenry is a deterrent to gun violence, whether that deterrent is necessary, or how our rights as Americans might change if stronger gun control measures were enacted. The act of killing is treated in the Bible with gravity and warning, surrounded by some of Scripture’s strongest rules and most direct verbiage.

An appropriate view of guns provides a useful structure to operate within. As Christians, we are ultimately anti-death. And as Christians, for whom preserving life’s sanctity is a moral imperative, viewing guns as tools with a deadly design and purpose (and the presupposition rather than the occasion of violence) best serves our moral framework.

Acknowledge the validity of differing views on gun ownership.

Attempting to settle the debate over gun ownership in our churches would be an exercise in futility. It’s an issue that lends itself to statistical trickery on both sides. Lacking a real middle ground, it leaves Christians divided pretty cleanly into two camps: those who support stricter gun regulations and those who favor loose laws.

Because these strongly held beliefs are difficult to reconcile, the Church must find a common ground on which to build its response to gun violence. A natural place to begin is, of course, at the end: We all desire an outcome that results in less gun violence and fewer deaths. When we embrace the goal, we can work toward a common-sense approach to guns that neither seeks to remove them from the hands of law-abiding citizens nor abides the destructive prevalence of gun violence.

The concerns that lead people to take a strong position on gun ownership are important. Acknowledging that and moving on allows the Church to leave gun control measures to politicians and focus its attention on those things within its control to change.

Declare unity within our churches.

In a piece on his website supporting gun ownership, Southern Baptist Convention Ethics & Religious Liberty Commission President Russell Moore suggests that gun violence is lowest where community is strongest—and the Church is a keystone community’s keystone. “Both sides of the debate are longing for the kind of civic community that is slipping away in a globalizing, urbanizing America,” he says. “Into this void must step churches that foster and build real communities built on real love and real truth.”  When we are unified in our mission to love and help one another, the gun control debate is reduced to background noise. A Church united in purpose no longer needs to fear the division caused by the debate around personal firearms, and pastors can speak frankly and openly about the problem of gun violence within their communities. At the congregational level, churches can begin working as change-agents within their neighborhoods.

Maintain an active, peaceful presence within our cultural spaces.

The “gun problem” isn’t only a gun problem. At its core, gun violence disproportionately affecting America’s most vulnerable citizens—along lines of race and poverty. Fortunately, the Church is uniquely suited to tackle issues of inequality—in the worship service, the soup kitchen, the annual VBS and more.  If our congregations show themselves willing to engage with their communities and break down the barriers erected by class, race, position and income, the communities will be changed from the inside out. That’s the beauty of the Gospel’s radical message—it compels change, pursues peace, rejects inequality and requires genuine and abiding love for one another. In fact, only through the power of the Gospel do our communities have hope for the future and freedom from violence.  As C.S. Lewis put it, “God can’t give us peace and happiness apart from Himself because there is no such thing.” The same is true for the societies our churches serve.

Assume a role of leadership rather than one of reaction.

In a way, the debate about gun control is centered on the concept of reaction. How do we react when faced with violence?

The problem with reaction, of course, is that it only ever happens as a response.  Some instances of gun violence can be headed off at the pass when churches recognize their responsibility to lead rather than to react. Working to transform our cultural spaces, standing against racism and injustice and seeking to assist our communities are all important ways churches must assume leadership.

There are others. Addressing domestic violence, which accounts for many instances of gun violence within the Church, is another. Taking a proactive stance against sexual abuse is another. Tackling these tough issues from the pulpit to the pews puts the Church in charge of the discourse, setting the tone for how we confront such ugliness in public. Offering biblical solutions to the root causes of gun violence isn’t just a good thing to do. It’s obligatory.

Yes, it all starts with a conversation. But it doesn’t end there. For the Church to take its responsibility in addressing gun violence seriously, decisions have to be made and action will determine the result.

But the good news, indeed, is the Good News—the solution is our great advocate, our Savior Jesus Christ. Through Him alone do we have a chance at relief from the scourge of gun violence across our nation. And thank God, for He is called the Prince of Peace.

Stephen Miller Has Got to Go

‘All the Feels’ and How to Manage Them