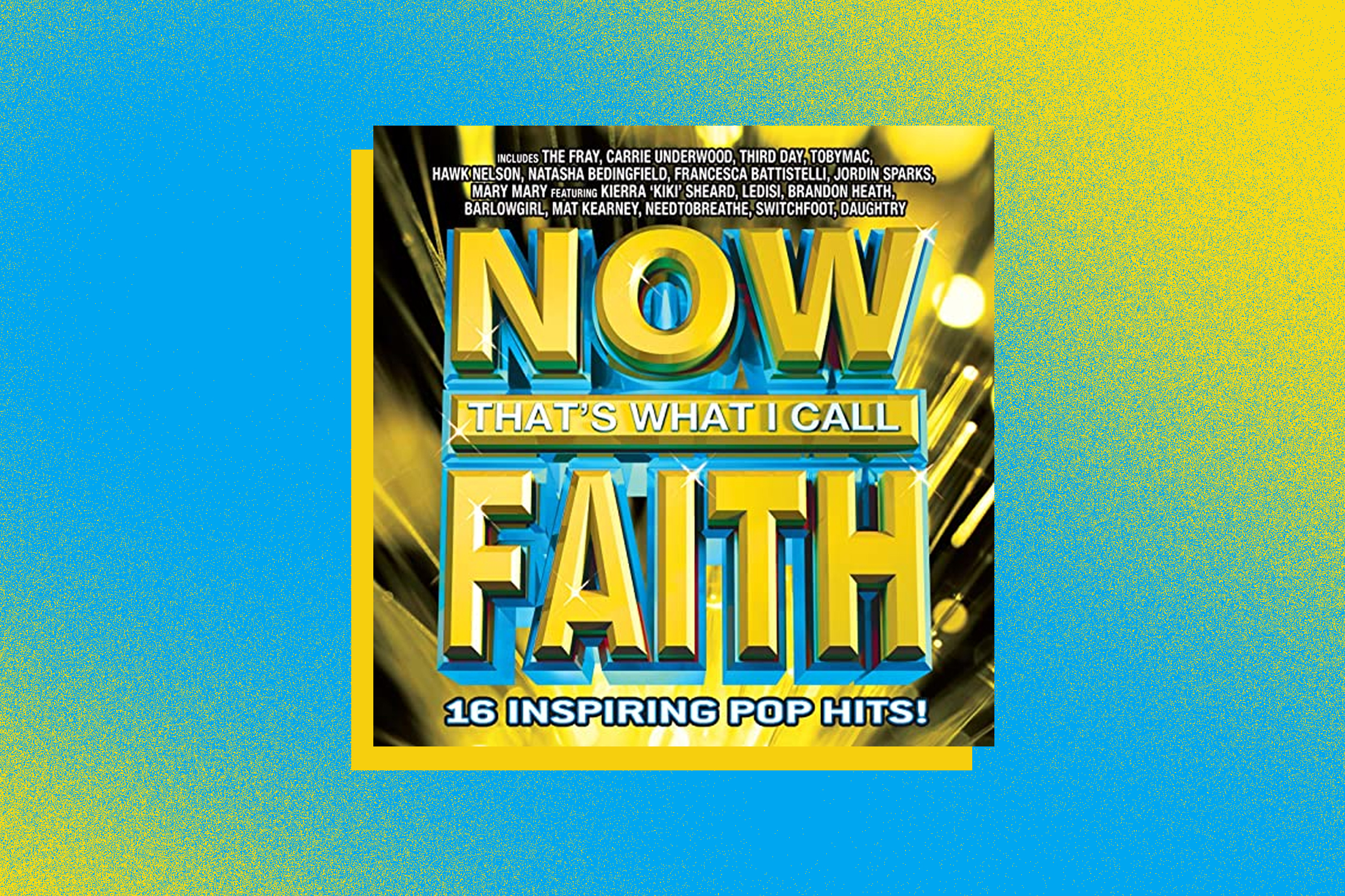 Back in 2010, the pop culture scene was just different: The closest Robert Pattinson came to playing a bat man was as a sparkly vampire. Justin Bieber had just popped into our lives with “Baby.” The only TikTok we knew was from Ke$ha. Taylor Swift won her first Grammy. The Social Network was a story about a media company for friends to keep in touch. The MCU was still in its infancy. And faith music was in a …weird moment.

The 2000s were an odd transition time for Christian music. CCM staples like Casting Crowns were stepping back from the spotlight while newer artists took the stage. So when Now That’s What I Call Faith dropped in 2010, no one questioned the frankly bizarre tracklist, which featured bands like Hawk Nelson and Switchfoot alongside Jordin Sparks and Natasha Bedingfield.

But it’s been over a decade and NTWICF‘s biggest fan (reader, that’s me) has decided it’s time more people were aware of this hodgepodge “faith” album.

Faith is obviously used loosely here, because as you’ll see, in the entertainment business, sometimes faith simply means vibes. But then, sometimes it means believing in something else out there. And then sometimes it gets right to the heart of the Gospel. Whatever it means, a record label thought all these definitions deserved to be on the same album together.

To ease into, there are definitely songs about faith on the album. “God in Me” by Mary Mary is still a solid, faith-filled bop to this day. Bands like Third Day and Switchfoot are rightfully featured as well, as they were mainstay Christian rock bands at this point. Brandon Heath’s “Give Me Your Eyes” is a clear, straightforward song about the Christian faith. And if you were to ask any Christian teen girl to name a song from 2010, I can almost guarantee you it would be this Francesca Battistelli’s “Free to be Me.”

These artists were always undoubtedly singing about their faith. It would be hard to find someone to argue against them.

Then you move into musicians who are, shall we say, faith adjacent. Songs like “You Found Me” by The Fray and “Jesus Take the Wheel” by second best American Idol winner Carrie Underwood are songs about faith from mainstream artists. Why they decided to dip into the world of CCM music we will never know, but their songs were catchy and spiritually attuned. Plus, it was an answered prayer for Christian teens who desperately wanted something to listen to other than whatever was circulating on K-Love. These songs were safe enough to keep even the most conservative parents happy while allowing teens to listen to something a little cooler than MercyMe.

But then things take a weird turn. This is where the entirety of how this album came to be becomes a big question mark. Somewhere in between songs from TobyMac, BarlowGirl and NEEDTOBREATHE, mega pop artists with songs that are in no way, shape, or form about faith made it onto this album.

On the subject of Jordin Sparks and her song “One Step at a Time,” the only bigger question than how did this song make it on this album is where is Jordin Sparks now? She was inescapable back in the early 2010s with some great pop hits. Note: pop hits, not faith hits.

And nothing against the song or Jordin, but there is just no case for this song’s inclusion on this mix. Sparks uses the word faith in one (1) line: “It’s the faith that makes you stronger.” But even that is in reference to taking a leap of faith, which isn’t the same as having faith in God.

But even that song makes more sense than the most bizarre song choice on the album.

Let me clear something up: You can search for weeks and never find a bigger Natasha Bedingfield fan than this writer of this article. “Pocket Full of Sunshine” has been a top Song of the Summer contender for over a decade. I know every word to this song, which is how I know this absolutely should not have been included on this album. The closest Bedingfield gets to talking about faith is one line in the bridge where she sings “In the darkness there’s light,” which is a great spiritual truth! But it’s not clear there’s anything spiritual about it here. In the midst of a song just about having good energy, you have to do some real thematic gymnastics to twist this bubblegum pop anthem into a song about faith.

To sum everything up, whoever was in charge of putting this album together was going through weird spiritual crisis if this is what they were calling faith back then.