In unprecedented times, it’s natural to look for anything that might instill some sense of stability and confidence. If you’re drowning, you’ll grasp at anything that looks like a liferaft. That’s probably why so many people are trying to project a sense of expertise. That’s why you might see some people try to say COVID-19 is no worse than the flu, or brag about suspicious home remedies. Such attitudes are uninformed and potentially dangerous.

But while there’s no exact example in recent history we can look to for guidance in how we should act right now, there is another crisis that might provide a few lessons we should be paying attention to. I’m not referring to another pandemic or even a health crisis. I’m talking about a plane crash.

In 1989, United Airlines Flight 232 crash-landed in Sioux City, Iowa. The plane and its 296 passengers had been bound for Chicago when one of the engines blew out, leading to a failure of the hydraulics. Tragically, 112 of the passengers on board died in the crash — making it one of the deadliest crashes in U.S. history.

Nevertheless, the actions taken by the pilots in the cockpit are heralded as a success. Their behavior saved the lives of the other 184 passengers and prevented a far deadlier tragedy. What the pilot, Alfred Haynes, and his co-pilot William Records did and, more importantly, how they did it is taught in flight schools now. The National Transportation Safety Board later reported that their performance was “highly commendable” and “greatly exceeded reasonable expectations.” They are, by any measure, heroes.

No commercial flight had ever landed successfully or ever had any survivors when landing without hydraulics. It should have been impossible. If Haynes and Records hadn’t been successful, it would probably still be considered impossible.

And experts agree that the most notable, powerful thing they did that day was exercise vulnerability with each other.

When you read the transcripts of the cockpit crew’s conversations with each other, their vulnerability is remarkable. “We don’t know what to do,” the pilot says, according to the transcripts. “We’re descending.”

“Tell me what you want,” the co-pilot responds. “And I’ll help you.”

Most pilots, in a crisis, go into takeover mode. It’s like any emergency. Survival instincts kick in and mistakes get made. But the transcripts for Flight 232 show two men who never lost any level of honesty and vulnerability with each other. Throughout the entire harrowing experience, they balance a selfless acknowledgment of their own need for help with confidence in each other’s professional expertise. Their vulnerability showed how much they trusted each other, and that’s what got the plane down.

There was a crazy bonus. One of the plane’s passengers, a man named Dennis Fitch, was trained on how to operate a plane, had taught other pilots how to land and had even practiced landing a plane with no hydraulics on a simulator. Fitch’s experience was a huge boon to the cockpit, but even though he had a lot of expertise, the first thing out of his mouth, according to the transcript, was not a command or a correction, but a question: “What can I do to help?”

What you see in these interactions is an almost circular nature of humility and vulnerability. That’s what gave these men a unique bond that helped them land an impossible flight and minimized the amount of devastation and death as a result.

Vulnerability takes time to cultivate. After the infamous crash landing, the National Transportation Safety Board hired other expert pilots to attempt to land a flight the exact same way, with the exact same malfunctions, in a flight simulator. The plane kept blowing up, and one pilot later admitted that “most of the simulations never even made it close to the ground.” The Board finally gave up trying after 28 failed attempts, admitting that the chemistry of the team involved in the real landing was too specific to be duplicated. That’s the power of the dance of humility and vulnerability.

I’ve thought of that a lot in regards to crisis moments. A lot of us kick into an unhealthy gear in a crisis — trying to pretend we know best or that we can do it all on our own. But the United 232 crash landing and the transcript of what happened in the cockpit is a beautiful example of leaning into humility and vulnerability in crisis. When you allow others to come into that moment and you ask for help, it creates a circular nature of relationship — of blessing and beauty that takes you farther than you would have gone alone.

Right now, in America, you’ll see a lot of people afraid to be vulnerable. Turn on the news and you’re likely to see a panel of experts, politicians and pundits trying to reassure their viewers that they know what’s best for the country in the middle of COVID-19. Head over to social media, and you’ll see almost the same thing. We’re all trying to convince each other — and ourselves — that our exact level of concern, preparation and awareness is exactly right.

But the truth is, none of us knows what’s going on.

That’s especially true right now, in the midst of a pandemic. But what if it’s always been the case? What if at least part of the reason so many of us struggle with issues like loneliness, stress, anxiety and depression is because so few of us are willing to admit it? True, the health crisis we’re facing right now is uniquely frightening, but most of us have faced a personal crisis at some point in our lives. We all know what it’s like to be in a plane that feels like it’s going down. All I’m suggesting is that there might be a better way to land it safely.

So during this time, hold onto vulnerability — with yourself and with the people you’re able to connect to. Ask for help. Admit to yourself and to others that you don’t have all the answers. You might be surprised at the strength that will come from that type of humility. 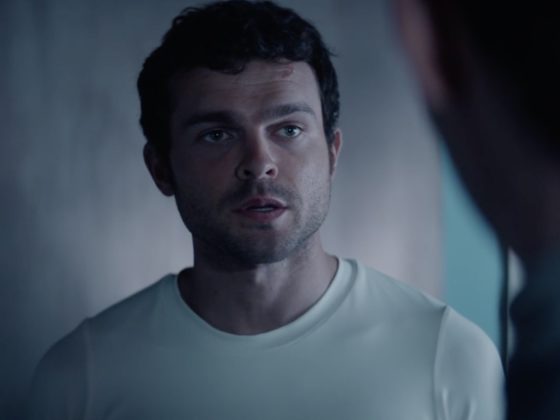 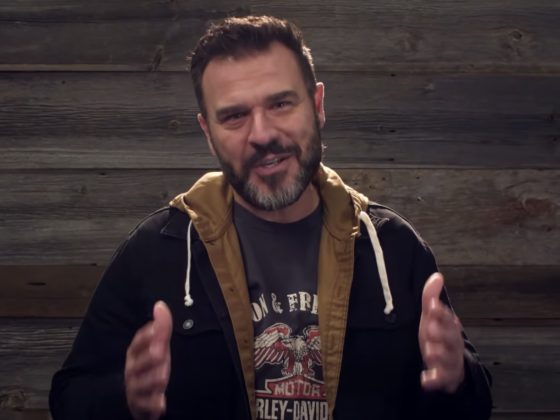 Willow Creek Has Hired David Dummitt as Its New Leader