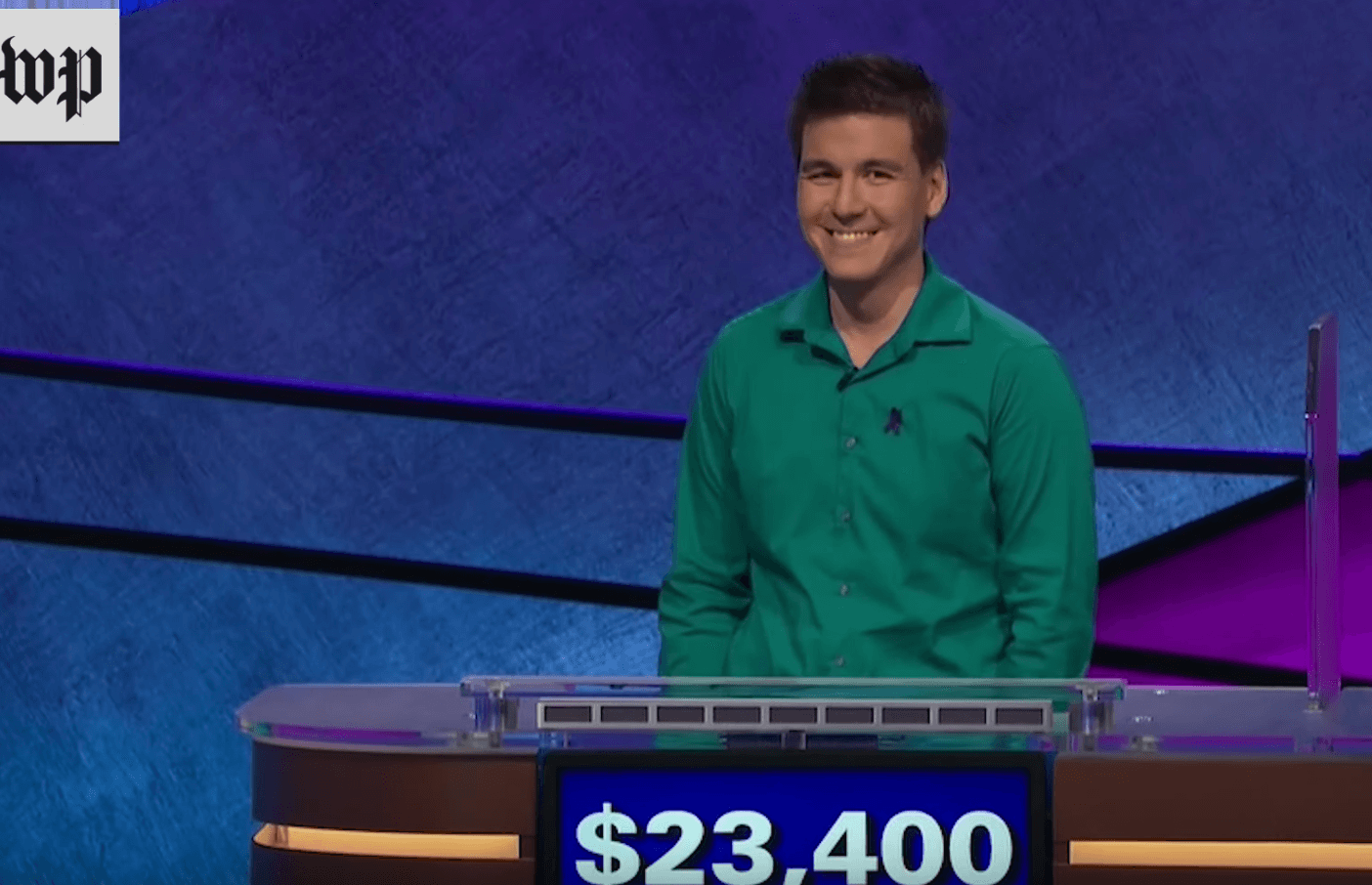 One of the great sporting legends of modern times proved mortal yesterday, when Jeopardy! competitor James Holzhauer lost to Emma Boettcher, a librarian from Chicago. Holzhauer, a professional gambler, had a 32-game win streak snapped.

Holzhauer’s run on Jeopardy! was unprecedented in the history of the game show. While his winning streak was well short of all-time winnings record-holder Ken Jennings’ 75-game streak, Holzhauer had racked up a money total much faster than Jennings. In his 32-game win streak, Holzhauer had secured over $2.46 million. It took Jennings more than twice the amount of games to win $2.52 million, still the all-time Jeopardy! record.

How dominant was Holzhauer? Consider that before he appeared on the show, the single-day winnings record for a game of Jeopardy! was $77,000. From the beginning of his run to the end, Holzhauer averaged a higher daily score than that all-time record. During his win streak he was earning about $78,000 per game. His final $2,000 take brings his average down to about $77,006, keeping the insane statistic intact.

To @KenJennings : You win this round. But if Jeopardy ever gives me 43 second chance games, look out!

To defeat Holzhauer, Boettcher used an aggressive strategy in choosing questions and beat him over and over on the buzzer. Holzhauer didn’t miss a question in his final game, but he wasn’t able to buzz in fast enough to match Boettcher in the money totals. By the time the game hit Double Jeopardy, he was playing from behind and couldn’t catch up.

The story’s not over here, however. Holzhauer will be back for Jeopardy‘s Tournament of Champions. Will his run continue against stiffer competition? We can’t wait to find out.