Jerry Falwell Jr. has agreed with Liberty’s Board of Trustees to “take an indefinite leave of absence from his roles as President and Chancellor of Liberty University,” the Christian university announced in a statement. The longtime president, whose father founded the school, has been mired in numerous scandals in recent years. Last week, Falwell posted and then deleted a photo of him with his pants unzipped on Instagram, with a caption saying he was drinking “black water” on board a yacht. Falwell went on to explain that the photo was “just in good fun,” though others pointed out that Liberty students would be fined and possibly kicked out for such a post. 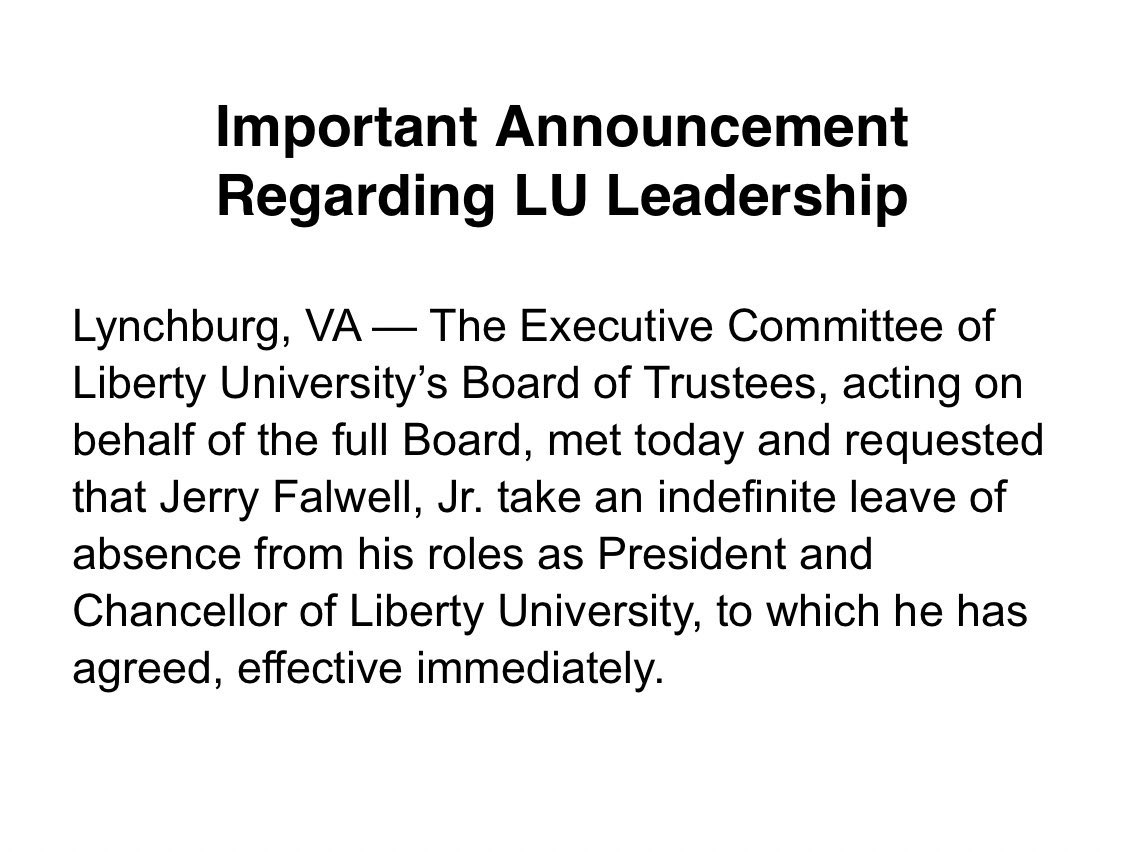 The announcement said the leave would be “effective immediately.”