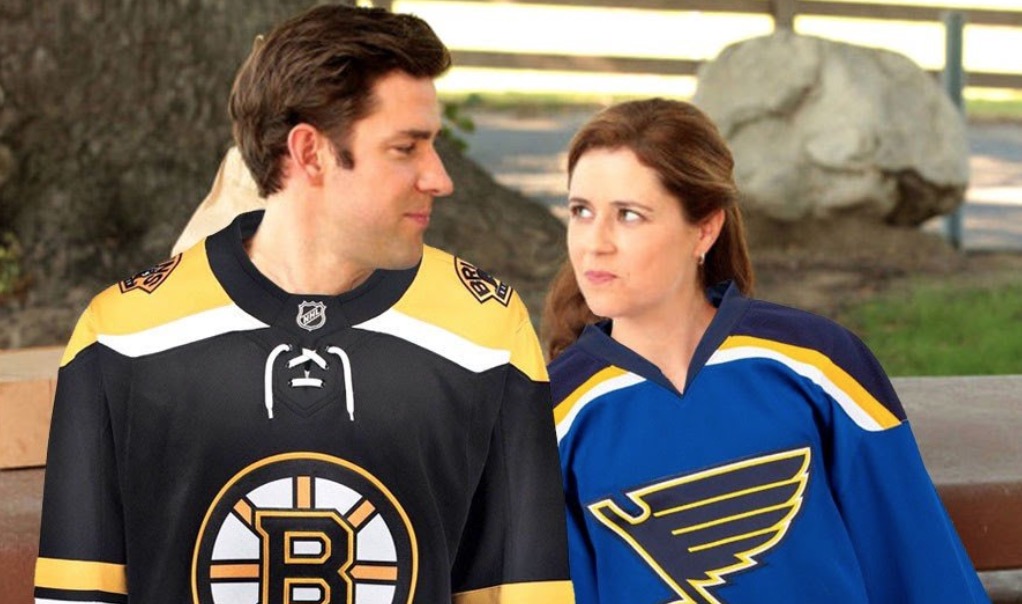 On screen, Jim and Pam had some historic chemistry. Off it, well, things are getting testy.

Actress Jenna Fischer — still best known as Pam in The Office — was raised in St. Louis and is a big fan of the city’s sports teams. Her former Dunder Mifflin-doomed co-star and on-screen love interest John Krasinski was born and raised in the Boston area, so he stans the New England region.

Last night was game seven of the Stanley Cup Finals between, you guessed it, St. Louis and Boston.

Heading into the game, Pam was doing her part supporting her home town team.

But, as fans of The Office and the NHL know, this put her directly at odds with Jim.

She seemed to have a good time trash talking Mr. Halpert.

Uh oh.@johnkrasinski Looks like Pam might be going home with Stanley. Who would have guessed! #StanleyCup #LetsGoBlues

This is Jim we’re talking about here, so he had to take things to the next level, and decided the best way to troll Pam, was to get Pam’s former fiancé involved. Yep, actor David Denman, who played Roy, was Krasinski’s Game 7 date.

Even Michael picked a side.

At the end of the day however, it was Pam who walked away the champion—not only on the ice, but her own ice-cold response to Roy (remember, he left her at a minor league hockey game on their first date?)