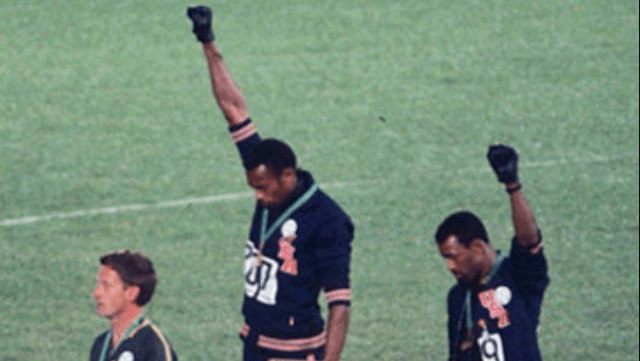 In 1968, gold medalist Tommie Smith and bronze medalist (and fellow Olympic Project for Human Rights member) John Carlos raised their fists in an inspiring moment against white supremacy, casting the attention of the entire world upon the injustices black Americans faced during the Civil Rights Movement in the United States. It was deeply controversial at the time but has since gone on to be heralded as a moment of courage and defiance, and nobody ever complained about athletes protesting injustice again.

Well, that last part isn’t strictly speaking true, which is why the upcoming 50th anniversary of the protest feels more relevant than ever. To commemorate it all, John Legend and Jesse Williams are working on a new documentary that will explain the protest, the people who staged it and the consequences they faced. Both Legend and Williams have been outspoken about the ongoing realities of white supremacy in the U.S., so they’re as prepared as anyone to put together a film like this.

End of an Era: AIM Is Officially Dying