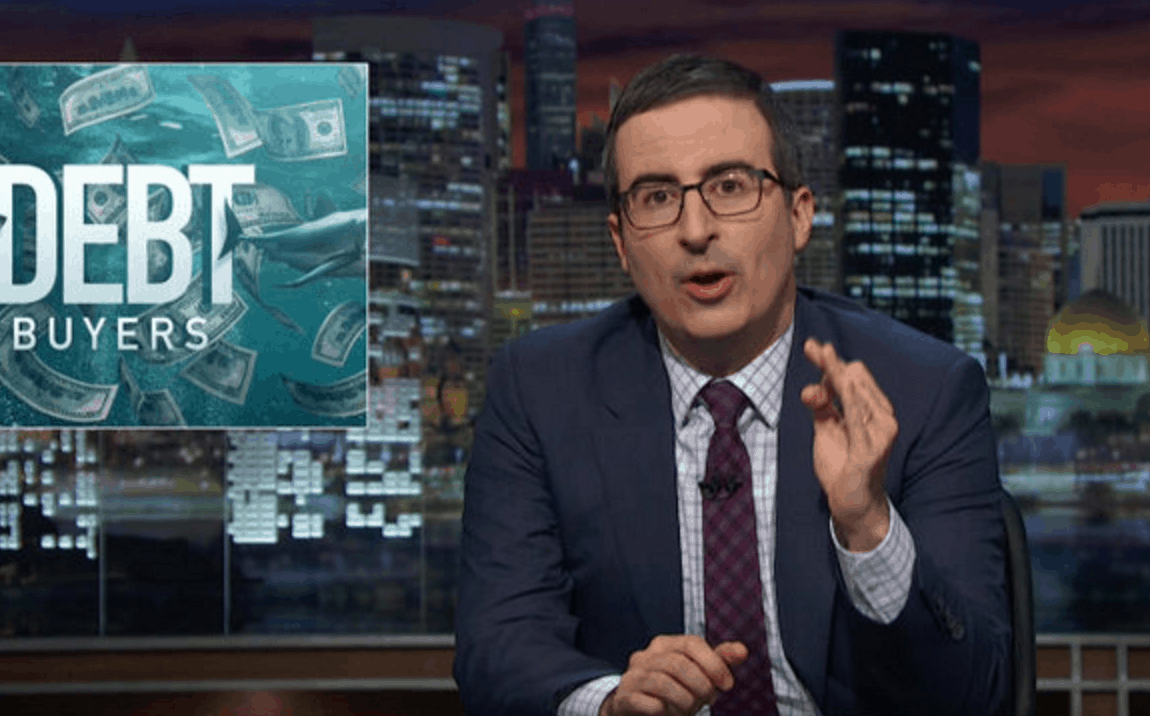 HBO’s John Oliver continues to be one of the most interesting provocateurs on TV. The Last Week Tonight host did a long, investigative segment on America’s controversial debt collection industry, and, just to demonstrate his point about how easy it is to try and collect old debt from unsuspecting people, he set a new TV record. Last night, he “gave away” nearly $15 million.

Back in April, the folks from Last Week Tonight set up a company called “Central Asset Recovery Professionals, or CARP, after the bottom-feeding fish.” From there, they did what countless companies across the country are currently doing. They purchased millions of dollars of old, unsettled medical debt for fractions of a penny on the dollar—nearly $15 million of debt for about $60,000. As Oliver explains, it was shockingly easy to purchase the personal information of nearly 9,000 people—including social security numbers.

But, unlike other companies in the debt collection industry, some of whom harass the debt holders in an effort to collect the long forgotten debts, Oliver did something extraordinary: He forgave it. He explained:

Why not forgive it? Because on one hand, it’s obviously the right thing to do. But much more importantly, we’d be staging the largest one-time giveaway in television show history.

He also said it shows just how unwieldy the process can be. “I could legally have CARP take possession of that debt and have employees start calling people turning their lives upside down over medical debt.”

The move actually shattered the old TV “giveaway” record. Back in 2004, Oprah gave away a measly $8 million worth of cars to her studio audience during a taping of her talk show.

How to Debate on Social Media and Not Lose Your Soul