On the surface, Jon Foreman seems built for quarantine life. The music-making, surf-loving Switchfoot frontman/bookworm has enough hobbies to keep him occupied for years. What’s a few weeks?

But Foreman is in “mourning,” he says. Not just friendships and activities, but of a certain amount of day-to-day freedom. You can probably relate.

That said, he’s starting to come out of it. He’s found some upsides to being locked down, and he’s starting to think about what life might look like on the other side, insofar as there is another side. He took some time to sit dow with our senior editor Tyler Huckabee to talk about life, God, surfing and socially distanced morality. (This conversation has been lightly edited for length and clarity.)

It seems like there’s no getting away from it now. Quarantine means we have to deal with ourselves.

JON: All the excuses have been drained from every account. And the to-do list at home is the same thing. All these things, you’re like, “Well, I’ll do that. That’s for down the line.”  It’s time to either just check it off or cross it off because if you haven’t done it in two months of just being stuck at home, maybe it doesn’t matter to you.

Has there been any upside of being stuck at home?

The mirrors. The self-reflection. All of that. I realize how much I love the freedoms that I’m afforded here in this country. The idea that I can hang out with friends anytime I want. I can go to the beach anytime I want. Those two, in particular, felt considerably limiting the past couple of months. I just feel like a part of me is in mourning, really. You’re mourning this part of you that doesn’t exist right now.

I think that the rewarding part of that is to find other places. When there’s no water, the roots are forced to go to other places. It was more humbling than I’d like to admit but there were a few little signs of life, where I thought: “I might make it.” The beach has just opened up and it’s been red tide, which means it’s phosphorescent at night. To be able to go back to the beach and to go surfing at night under a full moon with friends — of course, six feet apart — but in this glowing water felt like an incredible reward at the end of the two months.

I’ve lived inland my whole life and have zero real experience with surfing, so I get jealous when I hear you talk about it. Nobody talks about anything the way surfers talk about surfing.

You get typical surfer Joe lingo very quickly. You are face to face with the infinite. You’re immersed in this substance that just goes on, for all intents and purposes, forever. And you are not in control of it. Upon entry, you have this surrender where you say, “OK, I have control over some things in the ocean but I am also surrendering a lot.”

It has this metaphorical quality that touches on my relationship with God, my relationship with my wife, transcendence. All these things where you’re beginning to come to the limits of yourself. It’s a very healthy thing to remind yourself that you are finite and that this life we have is this is a very, very small thing compared to the infinite expanse that we’re surrounded by.

The last few months have been a reminder of nothing if not that we’re not in control. That’s always been true but we don’t all have surfing to remind us of that.

If you go back to the Garden, you have this incredible, allegorical, beautiful story. I tell my daughter stories every night and it’s wild to put it into your own words. There’s this tree, and it has the knowledge of good and evil on it. That doesn’t sound like a bad thing, to know good and evil. But there is an element of control when you take it. You’re saying, “I want to be able to call the shots, to be able to know what’s good and evil. And to appropriate that for my own life. I want to be in control of that portion of my life.”

I think that that story of reaching out, taking control and then getting thrust out of a Garden of Innocence is a story that’s repeated over and over again in all of our lives. We all go through it. There’s this moment where you have lost that innocence and you are now taking control and you can’t go back. That garden is gone. We have taken that Apple and we can’t go back.

It’s the difference between Innocence and Redemption, right? We can’t go back to being innocent. We can’t put the apple back on the tree. But we can move forward to forgiveness and renewal. It’s different. It’s secondary.

Kierkegaard talks about Abraham. You read that story on paper and it doesn’t look good! An old dude with a younger son who’s consenting to this strange religious ritual where he’s going up to the top of the mountain and he’s sacrificing his son because God told him to. And then at the last second, this other beast appears. We all think, “Oh, man, what an incredible story.”

But if you read it in modern-day, it doesn’t look good for the father of three of the main religions on the planet! But I do think it’s related to the Tree. Because you have this God that you have to surrender your control to in order to say “OK, God transcends morality.”

That is a key distinction with theology. If God is bound by anything, He’s no longer a free agent. If He’s under morality, if He’s bound, He has handcuffs, He can only do good things, then He is no longer God.

But if He is above morality, then he’s truly God. And that consent is us basically giving back the apple, saying: “OK, I’m surrendering. I trust that you’re good, even though I don’t know how killing my son is a good thing.”

I’m not a parent, but it seems like being a parent would crystalize a lot of this for you in a new way.

One of the strange transformations for me is, I grew up not liking rules. You write off all the rules and you’re like, “No, I’m free.”

And then suddenly you have a daughter, in my case, and you’re instantly in this protective mode. You realize all those rules are for protection. The reason why the cop pulls you over when you’re going too fast is that you are endangering yourself and the cars around you.”

At least in this country, have a really difficult time with that idea. We struggle with a type of messaging that says: “Yes, if you break the rules, you will probably be OK, but there’s a larger society around you.” Your individual morality isn’t going to be enough for this particular conversation.

As we move forward, I think mental health and all of these things are going to be so important. We are such fragile, strange creatures with so many insecurities and so many demons that we’re all wrestling and this is a strange time to be face to face with all of them. 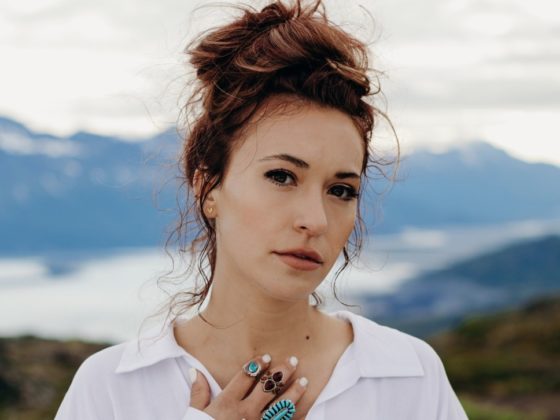 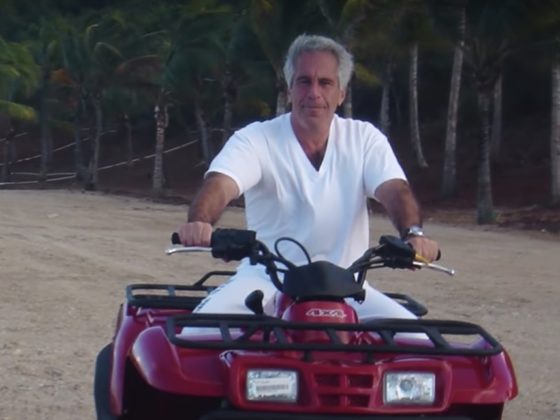